Media Concentration Upon the Irrelevance of Race and Sex 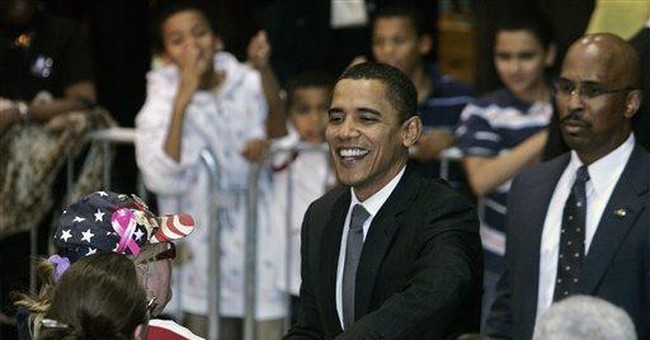 While I was watching the results of the primaries in New Hampshire on Tuesday night, the network news anchors repeated the same theme ad naseum: this competition, at least among the Democratic candidates, is historic because of the race and sex of the two leading candidates. While it may be historic that Senator Barack Obama (D-IL) is part black and Senator Hillary Rodham Clinton (D-NY) is a woman and neither a black nor a woman has served as President of the United States, one can question how important sex and race should be to the election. The answer is that they should have no relevance as to choice of candidate.

The role of the President of the United States is to govern the country in the best interests of all citizens to the best of one's ability and within the limits of the Constitution and the rule of law. Yet the left-wing pundits, in their obsession with the "holy trinity" of race, class and sex, seem convinced that what matters is one's sex or skin color. These, after all, shape us in such profound ways that we, as humans, are incapable of escaping the boundaries within which we are confined as men or women, black or white, or so the thinking goes.

Such patronizing attitudes have a detrimental effect upon the presidential race because they distract from what is important - the platforms and issues each candidate supports - and focus attention upon trivial matters, such as whether a candidate will make history.

When I vote, I want to know how a candidate thinks, what he or she believes about issues such as federalism, the economy, foreign affairs and cultural problems, and what kind of decisions he will make. The candidate must show wisdom, confidence (but not arrogance), humility, flexibility, character, integrity and a willingness to surround himself with people with similar traits.

But these characteristics never make their way to the nightly news nor do most of the issues with which Americans are concerned. The pundits' obsession with race and gender is dangerous and divisive. They claim to want to eliminate racism and create a color-blind society but focus the public's attention solely on race, which in turn frustrates many, not because a candidate is of a particular race or ethnicity but because American voters grow weary of the same unintelligent drivel forced upon them. The same is true of sex. This was abundantly clear in Senator Clinton's victory in New Hampshire, which was the result of overwhelming female support. What was notable was the dearth of male voters who chose her over Obama. She may have a hard time in future primaries if male voters are uninterested in supporting her because they are weary of hearing about the importance of her sex.

One can hope that, as the next few weeks pass, the attention of the media will turn to legitimate issues, questions and concerns about all of the candidates, but this is a faint hope. It would require too much thought and research among a profession accustomed to 30-second soundbites. So instead we can expect more of the same meaningless jargon which provides no information about how a candidate may perform as President of the United States.