Possibly the Final Push for the Law of the Sea Treaty 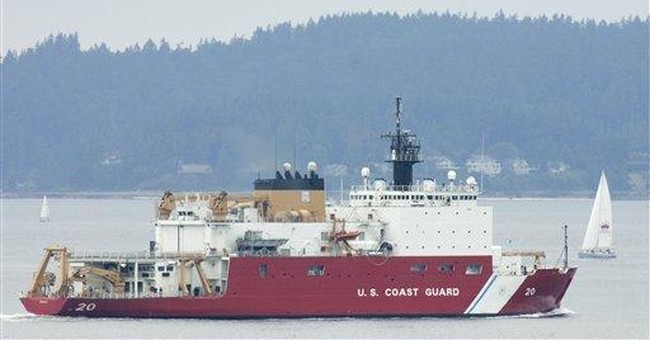 The Law of the Sea Treaty (“LOST” to opponents, “UNCLOS” to supporters) is up for a vote in the Senate Foreign Relations Committee this Thursday, November 1. The State Department pushed this treaty in 1981 when Ronald Reagan was President. He rejected it, primarily because of Part XI of the Treaty, which regulates minerals on the seabed outside any sovereign state's territorial waters. It establishes an International Seabed Authority (ISA) to authorize seabed exploration and mining and collect and distribute the seabed mining royalty. President Reagan strongly objected to the provisions of Part XI, saying that they were unfavorable to America's economy and security. The provisions of the Treaty were not free-market friendly and were designed to favor the economic systems of the Communist states.

During the Presidency of George H. W. Bush the Treaty was not considered. President William J. (Bill) Clinton supported the Treaty but never forcefully enough to secure ratification in the Senate. The fact that he had a Republican Senate for six of the eight years of his Presidency was a consideration.

Then came the Presidency of George W. Bush. During his first term he did not push the Treaty. His second term has been different, however. Beginning in 2005 Bush made a determined effort to ratify LOST. Fortunately, Senate Majority Leader William H. (Bill) Frist, M.D. (R-TN) did not permit the Treaty to reach the Senate floor.

Now the Treaty is up for consideration again. Things have changed. The Democrats control the Senate and have held several hearings on LOST in the Foreign Relations Committee. Many thought the Treaty would pass through the Committee without difficulty. But Senator David B. Vitter (R-LA) had a different idea. He asked tough questions of the witnesses at the hearings. In fact, the word “tough” is not adequate to describe what Vitter did to those witnesses. They could not answer Vitter’s questions. It was an embarrassment.

The result of those hearings was to slow passage of LOST. Vitter has asked for more hearings. He does not know if he will receive them. Senator James M. Inhofe (R-OK) is pushing for hearings before the Senate Armed Services Committee. Some even want hearings before the Senate Finance Committee because the Treaty gives the United Nations authority to tax economic activities in the deep seabed, the first time in American history that an entity outside of the United States Government could demand taxes from American citizens arising from activity in the deep seabed.

Meanwhile, Frank J. Gaffney, Jr., President of the Center for Security Policy, investigative reporter Cliff Kincaid, and a dozen conservative organizations have begun a campaign to educate Americans about LOST. Many state legislators also are lobbying their U.S. Senators. Conservative organizations believe that if their supporters understand the substance of the Treaty they will revolt, as they did with the Comprehensive Immigration Reform Act of 2007.

The Establishment consistently has sought to pass legislation through the Congress when the American people are unaware. The Senate Majority Leader has the capacity to do so. The Senate Minority Leader has the capacity to slow legislation. It remains to be seen how LOST will be handled once on the Senate Calendar. That largely will be determined by the strength of the opposition in the Foreign Relations Committee. It also depends upon whether there are hearings before other committees.

The key to defeating the Treaty is to secure 34 votes against it. Years ago the Majority Leader could withdraw a Treaty upon seeing the signatures of 34 Senators. That Leader was a Democrat and we had to obtain the signatures of Senators from both parties.

That will be the key to ensuring that this Treaty is not ratified. The Bush Administration does not want an international embarrassment. So if the conservative movement and other realists are able to produce the signatures of a third of the Senate, you will hear nothing of it but the Treaty will be pulled quietly from the Senate Calendar.

A clear minority presently is against the Treaty. Most Senators have not heard much about it nor focused upon it. One reason the Treaty was not considered during Frist’s four-year tenure was that the Senators elected in 2000, 2002 and 2004 also had not focused upon it. So, while Frist kept his word that the Treaty would not come up for consideration, many Senators never learned of the loss of sovereignty that the Treaty would create nor of the taxing authority of the proposed ISA. Considering which nations have ratified the Treaty, it is likely that several avowed enemies of the United States would sit on the ISA.

Should Americans place their future in the hands of their enemies? This is the main concern. I must believe that there are 34 Senators who would oppose the Treaty once they fully learned about it. So the effort has begun. Conservatives are now in the process of educating their Senators. Some Senators refuse to change their minds about LOST.

Will LOST be defeated? The odds are slightly against its defeat. Currently, four leading Republican Senators—Minority Leader A. Mitchell (Mitch) McConnell, Jr. (R-KY), Trent Lott (R-MS), Jon L. Kyl (R-AZ) and Inhofe—oppose LOST. It is too early to give up. These Senators are tireless workers who never give up, so why should we?