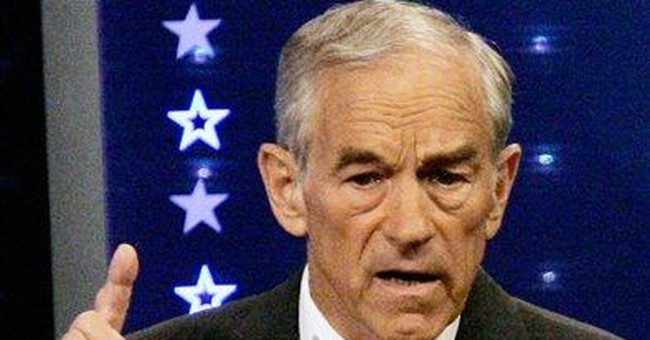 Throughout the years I have received comments in support of Representative Ron Paul (R-TX). If he makes a major speech, casts a lone vote or is running for reelection, no other political figure has continued to have a lasting following more than this unique Congressman from Texas. A regular reader of this Commentary asked me to explain why Representative Paul has continued to have a following which exceeds that of some of the front-running candidates in the Ames Iowa Straw Poll.

Inasmuch as the enquirer asked his question the week before the Iowa Straw Poll, I thought it fair to offer a few comments about Ron Paul, who received very little attention from the national media. Indeed, Paul received some 9%-10% of the vote.

But my dear friend from the neighboring State of Wisconsin, former Governor Tommy Thompson, put all he had into the poll, and he didn’t do as well, causing him to withdraw as a Presidential candidate.

And there was Mayor Rudolph (Rudy) Giuliani, the crime fighter from New York, and former Senator Fred D. Thompson, the apparent darling of the conservatives, and others who didn’t even bother to set foot in Iowa, who also ended up with no base in Iowa. And yet here was good old Ron Paul, lumbering along, whom no one expected to win, place or show, who yet managed to survive the politics of an important bellwether state, surviving to fight another day. The question is why and that is what Pitts and other readers want to know.

First, Ron Paul is different and that in and of itself draws a certain amount of support. Second, Ron Paul is a consistent follower of the Constitution, of whom there are few. Third, Ron Paul represents an authentic point of view, once articulated by the late Senator Robert A. Taft (R-OH), and he sticks with it.

Take one of the early debates when Paul nearly got ousted from the whole process. Ron Paul said we are under attack in the Middle East because we have meddled in that area ourselves. He paraphrased the late Senator Taft by saying we should not be involved in wars initiated by other nations. Mayor Rudy said he had heard many silly things down through the years as to why we are involved in the Middle East but this one tops them all. By articulating the authentic Taft view, Ron Paul was nearly ousted from further debates.

That is the most reprehensible of all of the moves against Ron Paul. If he has a small national following, as apparently he does, so be it. But he alone is willing to challenge the interests which have come to dominate the Republican Party in recent years. Accordingly, Ron Paul has stood alone in recent years in following President George Washington’s advice never to meddle in foreign affairs. Taft took up Washington’s cause and paid dearly for it. Now only Ron Paul defends what may be termed the authentic Washington—Taft point of view.

On the other hand, I never have understood Representative Paul’s many votes against our defense system. Some votes against the defense establishment in this country, yes, but to vote against defending America I cannot understand. The Constitution explicitly delegates the Federal Government the power to defend our country. To vote against some military programs, sure, but all of them? There must be reasonableness and responsibility.