Courageous Action Against an Abusive Professor 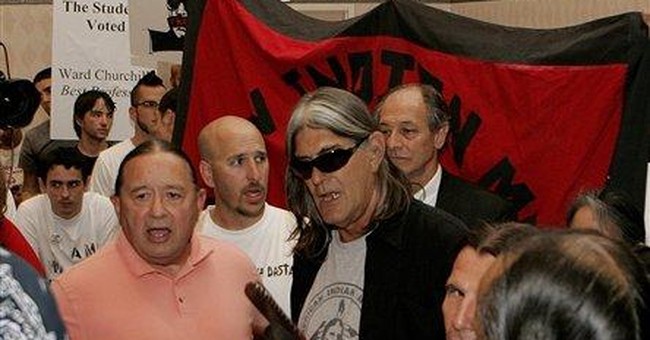 Former Representative Hank Brown (R-CO) is what one would consider a genuinely nice person. In 1980 he replaced Representative Wayne N. Aspinall, a conservative Democrat, in the House of Representatives. Following the retirement of the affable Senator Bill Armstrong (R-CO) ten years later, Representative Brown saw an opportunity, ran and won a seat in the United States Senate. While in the Senate he attended a few of our Coalition meetings and spoke so softly that he could hardly be heard.

I was shocked to learn that after one term in the Senate, Brown decided to leave Washington and return to his native state.

It was some time before I heard that Brown had been named President of the University of Colorado in Boulder, Colorado. When I lived in Colorado, the University was on the cutting edge of left-wing activity in the state. I shall never forget the 1966 election when the late Joseph Coors was elected to the University's Board of Regents. Coors tried his best to rid the University of radicals, but at the end of his six-year term he packed up his belongings and left.

Over the years, the University issued and supported many radical left-wing statements. I was not surprised when I heard that Ward Churchill, an Ethic Studies Professor at the University, had written an essay comparing the victims of September 11 to members of the Nazi regime. This was typical of the jargon that the left asserts is its freedom of speech.

I was surprised when Brown ordered an investigation of Churchill. I was even more surprised when the investigation turned up evidence of plagiarism and falsified information, among other things. In an opinion editorial for The Wall Street Journal, Brown said that three separate committees of Churchill's peers had reviewed his academic work. These investigative committees worked more than two years and "unanimously [found] a pattern of serious, deliberate and repeated research misconduct that fell below the minimum standards of professional integrity."

The panels, Brown wrote, concluded that Churchill rewrote history to fit his own ideology. When confronted with the facts, Churchill blamed his editor, publisher, assistant or former wife and collaborator, but refused to assume responsibility himself. Brown recommended that Churchill be terminated. Last week the Board of Regents, save one dissenter, agreed. Churchill immediately promised to sue the University, which he claimed had violated his freedom of speech.

Brown said that the Churchill issue is not just about academic conduct but about "the accountability that public universities must demonstrate." Brown wrote, "Too often colleges and universities tend to insulate themselves in ivy-covered buildings and have not been as diligent as necessary to ensure that the academic enterprise is conducted rigorously and honestly. This elitist attitude is simply outdated. Our University has made tenure reforms - precipitated by the Churchill case - that will ensure academic integrity."

Wow! Good for him. Good for the Regents. Life certainly is filled with surprises. I never would have thought that Brown would take this on and would make tenure reforms along the way.

Brown noted that the University of Colorado receives thousands of dollars from Colorado taxpayers. In addition, the University receives three times that amount from the Federal Government to conduct research. He called Churchill's claims about free speech a smoke screen. Churchill's attorney was on national television the day the Regents made their decision. He was as arrogant as could be, claiming that a jury will exonerate Churchill. Frankly, I doubt it. Hank Brown is a very cautious man. He would not have recommended that Churchill be terminated unless it were merited.

Could Brown set an example for other university presidents? Could universities now enforce academic standards? One only can hope and pray it will be so.