Election Predictions - So Far So Good 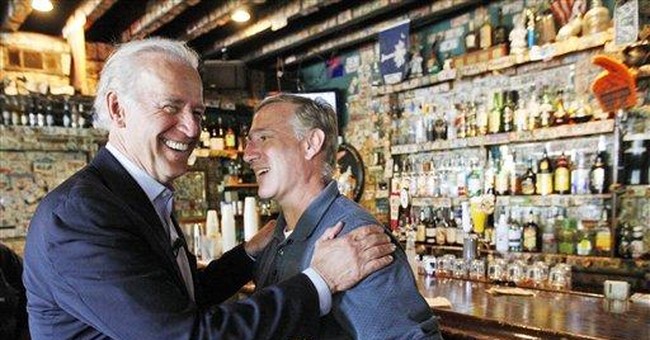 Last week on my radio show Representative Mike Pence (R-IN) discussed the Fairness Doctrine, an important issue currently being debated in Congress. During the show Representative Pence mentioned that he and other Members of Congress were nervously awaiting my election predictions.

With little more than a year remaining before the next presidential election, I have some ideas about who will win and who will lose. My record to date has been remarkably accurate.

Years ago I believed that there was a silent majority in electoral politics. Thus, right before the 1964 election I disregarded all of the polls and instead let my heart speak. I truly believed that the silent majority would win and Barry Goldwater would be elected. Election night of 1964 quickly disabused me of this belief. I had the displeasure of reporting that all of my friends in Congress who were up for re-election had been defeated.

I vowed I would never have such an experience again. I had been too emotionally involved to make accurate predictions so close to Election Day. Instead I began making predictions a year prior to the election. This has worked well ever since.

In 1967 I predicted that former Vice President Richard M. Nixon would be the Republican nominee for President and then-Vice President Hubert H. Humphrey would be the Democratic nominee. There was talk of Governor George Wallace of Alabama running as a third-party nominee, which he did. Once Nixon and Humphrey received their respective parties' nominations, my prediction was that Nixon would win the presidency in a landslide. Nixon did win, but I had to stay up until 5:00 AM EST to hear the official announcement. Humphrey nearly beat him. The election was so close in part because of Wallace. He carried five states and took many votes from Nixon.

In 1971 I had no idea that George S. McGovern would be the Democratic nominee for President. I was sure of one thing: President Nixon would win re-election. I was correct.

Four years later Gerald R. Ford was President. He had pardoned Nixon in 1974, a pardon that proved controversial. At that point, I had not heard of Georgia Governor Jimmy Carter. However, it was clear that a Democrat would win control of the White House. That proved to be true.

By 1979 Carter was unpopular. Many pollsters said a one-term president would not be defeated. I believed otherwise, but I thought former Texas Governor John B. Connally, Jr. would be the Republican nominee. This was not the case, but I predicted the Republicans would win in 1980 and they did.

In 1987 President Ronald W. Reagan was immensely popular. I thought Jack F. Kemp, Jr. might be chosen as the Republican nominee to succeed President Reagan. Had I analyzed the process in greater detail, I would have realized that the Republicans would choose the Vice President, George H. W. Bush. He had been loyal to the Party on nearly everything, or at least voters perceived so. The mood was such that it mattered little who the Democrats chose for their candidate.

Bush lost his chance to be re-elected when he raised taxes. Voters who knew little about him remembered his quote: "Read my lips: no new taxes." I thought Bush would lose and I was correct.

During President William J. Clinton's first term in office, there were rumors that Senator Robert J. Dole (R-KS) would be his Republican challenger. He was and I was sure Dole would run an incompetent campaign. Clinton was vulnerable and could be defeated but Dole was not the man to do so. He proved this true.

In 1999 I was wrong. I thought that perhaps the Republicans would nominate someone other than Texas Governor George W. Bush. It seemed that Bush would be unable to defeat the Democratic nominee, then-Vice President Albert A. Gore, Jr. I believed Gore would win. Gore did win a greater share of the popular vote but Bush won the Electoral College and therefore the presidency.

In 2003 it was clear Bush would win re-election regardless of who the Democrats nominated. It was only as the election neared that I worried Bush might lose.

This brings us to 2007. I believe that the Democrats, most likely with Senator Hillary R. Clinton (D-NY) as the nominee, will win. The Republicans, regardless of who they nominate, will lose because of the war in Iraq. Voters want to punish the Republicans for Iraq.

I also believe the Republicans will lose seats in the Senate. Their incumbent candidates are weak and they have few, if any, potential challengers to Democrats who may be successful.

The House of Representatives is different. If the Democrats do not fulfill the promises they made to their base and the country, the Republicans could win the 16 seats needed for a majority. This will be difficult but it is not impossible.

There you have it. If I am wrong, I will change my phone number. If I am correct you can expect to hear about it again.