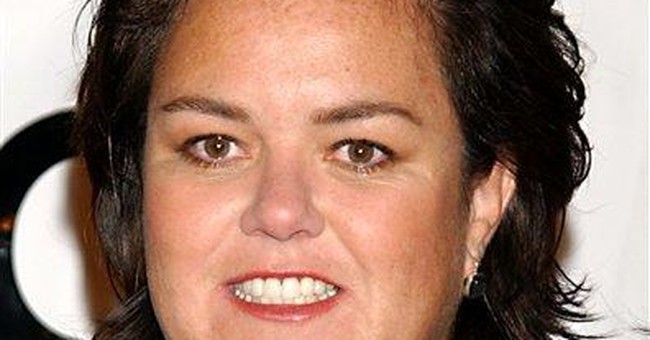 Rosie O'Donnell is off the air, supposedly her own doing, and Don Imus is reported to be suing CBS. The outcome of any such litigation may tell if we have achieved a new era in broadcasting or if we will revert to the pervious era. Regardless of what Rosie says, I believe she did not reach an agreement with ABC because ABC did not want to reach an agreement. The absence of an agreement may have provided Rosie with her own dignity, if she had any, but it avoided a problem for ABC. If ABC had renewed her, especially under the circumstances of her slander of Donald Trump, there would have been howls of protest from that part of the viewing public which still has some morality. By simply not agreeing to a new contract, Rosie's having claimed that ABC wanted her for three years and she only wanted one year, ABC showed the morality viewer that it cared. Probably no one except Rosie's most devoted followers believed her story, even though technically it may have been true. Believe me, if ABC really wanted her for three years, ABC would have taken her for one year.

Anyway, some of us thought that with Imus and Rosie off the air it would be a message to the shock jocks that we would have a new era in broadcasting. Indeed, word was coming from local stations that shock jocks were taming down.

Now comes Imus with a contract. I've heard his lawyers detailing what is in the contract. It is clear that he should have been warned by CBS if he were to have been fired. It is also clear that CBS knew what it was getting with Imus. Words in the contract revealed that Imus would be shocking and provocative and so on. CBS no doubt will argue that what Imus did crossed the line. Imus apparently is suing for big bucks. He may get millions. If so he would have the capital to put together a network of his own. If that sells again Imus would be wealthy and the public would be stuck with him again.

Does the public demand trash talk or not? If truly the public is sick and tired of garbage, or if the public is sick and tired of the way our culture has been destroyed by our toleration of sick and indecent humor, of evil films, of attacks on religion and on and on then we are into a different era. Usually the clock does not turn back. My guess is shock jocks will tiptoe into the bad old evil era again. At first they will be cautious. Then if the public doesn't object they will go further and further until we will be back where we were. There presently is no DJ who would say of a Black championship basketball team what Imus said. And it will take some time before anyone will. I hope and pray I am wrong. If I am I will gladly apologize here and elsewhere. I fear I am not. I have seen the disintegration of our culture step by step over a long period of time.

President Lyndon B. Johnson appointed a Commission on Pornography. By the time Richard M. Nixon was President the Commission was prepared to report to the White House and Congress. A Catholic priest who had begun Morality in Media was a minority member of the Commission. He told the White House that the Commission would find in favor of some lesser offensive pornography, as basically a normal way of life. At the time I was working for Senator Gordon L. Allott (R-CO). The late Lyn Nofziger, who was a Ronald Reagan plant in the Nixon White House, called me. He said the President wanted Allott to break this news on the Senate Floor and to condemn the findings. He readily agreed. He told the Senate that this Commission's work was an outrage and should be condemned. The Senate agreed by a 95-5 vote. Did it stop pornography? On the contrary. The Commission's work could not have foreseen the Internet. Today's Internet garbage is far worse than the Commission ever envisioned, much less suggested.

During this period we had a so-called children's period on television, during which adult themes were supposed to be forbidden. For a time that was the case. But little by little these themes began to creep forward. There was little protest. So adult themes were presented earlier and earlier. Again silence. Indeed, there was little protest until the dress of a featured singer exposed a breast, supposedly accidentally. Millions of fathers were watching the Super Bowl with their young sons and daughters. There was such a protest that the Federal Communications Commission (FCC) levied the largest fine in its history. That shook television so much that that for a time there was caution but now it is correct to say that for most of television (except for the Super Bowl) things are back to normal. Normal for those of us who care about morality is dreadful.

The same is true now for radio. I recall when two DJs who were at the top of their game in Washington D.C. were fined simply for laughing about the name of a local car dealer which had a double meaning. Contrast that with what is permitted on radio today.

True it is that because of the Imus affair there is a pause in radio just as there was in TV after the Super Bowl. But the shock jocks are waiting. They will see if something outrageous will be permitted. If it is then they will push further. That is why the Imus litigation could be significant. Time will tell.

There is no filter for information. Many regard the Internet is the one place where they can learn the truth about what is going in the world. If the Internet were regulated could it not be also regulated for so-called hate issues? And who determines what are hate issues? Many of us are against the so-called hate crimes legislation. I have read the propaganda which insists that because we are against the bill we are for hate speech. We are not but who is to tell.

That is why many who resist filtering the Internet place themselves in the unfortunate position of opposing filtering the garbage on the Internet. If the FCC could be trusted to filter the one and not the other perhaps it could be one thing. But that is unlikely and even if we had such a government now, we would not always have one. Oh, such a dilemma.