A Blast from the Past: How to Slow Iran’s Terror Machine 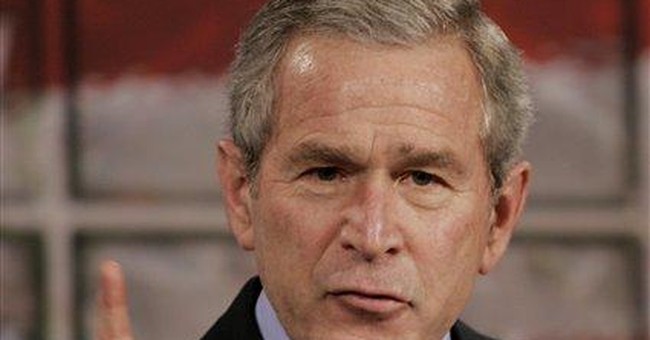 In his pursuit of Cold War victory over Soviet communism, Ronald Reagan enlisted several fascinating covert efforts as part of a bold campaign of economic warfare, an assault so sensitive and so damaging that Reagan advisers denied it publicly, only acknowledging it decades later. “Certainly it was economic warfare,” said Reagan defense official Richard Perle, “although we had to deny it at the time.” Secretary of Defense Caspar Weinberger explained that the effort had to be “a silent campaign.”

Reagan himself was forced into denials or dodges when asked if he was pursuing an economic war against Moscow. His closest aide, National Security Adviser Bill Clark, later explained Reagan’s reluctance to me in a series of interviews: “Look, he didn’t want to admit publicly that we were effectively at war [with the Soviets] or that we wanted to defeat them.” Clark said that Reagan carefully avoided using words like “economic war.”

In one of the most stunning examples from this campaign, there is a potential weapon for the Bush team in its war against terrorism, especially as it relates to the role of Iran vis-?-vis the war in Iraq—one that the Bush team may have already considered:

In 1985-86, the Reagan team enlisted the secret support of King Fahd of Saudi Arabia to help destroy the Soviet economy by drastically reducing Soviet income from oil exports—a commodity that provided the Kremlin with the vast majority of its hard currency revenues. Reagan officials privately worked with the Saudis to manipulate the world’s oil market, encouraging them to increase production, thereby lowering the global price of oil. In the six months that followed, the price of oil dropped from $30 a barrel to $10 a barrel, sending catastrophic shock waves through the Soviet economy.

In 1994, details of this effort made their way into Peter Schweizer’s groundbreaking work, Victory. I have added new details in my book. What we both found is that former Soviet officials to this day shudder when they speak of the U.S.-Saudi action. Yevgenny Novikov, who served on the senior staff of the Soviet Central Committee, recalls the crippling effect: “The drop in oil prices was devastating, just devastating. It was a catastrophic event. Tens of billions were wiped away.” These revenues—which, in the 1970s, had saved the Soviet economy—were blocked from the Soviet treasury in the mid-1980s, when the Kremlin needed them most.

This tale offers insights for George W. Bush today. President Bush needs the ingenuity to find similar means within the Middle East now—methods that involve nations like Saudi Arabia in a covert campaign to undermine enemies like Iran, which is destabilizing the region and hurting the United States badly in Iraq.

In fact, a similar campaign may be underway, begun by Vice President Cheney in his recent trip to Saudi Arabia. Cheney was in Saudi Arabia on November 25 to meet with King Abdullah bin Abdul Aziz al-Saud, where, according to a statement from the Office of the Vice President, the two men discussed “issues of mutual interest to developments in the Middle East region.” Not long after this meeting, articles appeared concerning possible U.S.-Saudi cooperation on oil prices, and possibly for the clandestine purpose of hurting Iran. A January 22 analysis by Knight Ridder reported: “Some analysts suggest privately that Saudi opposition to OPEC cuts is based more on politics than business. The Saudis, they say, want to starve Iran of needed oil revenues because Saudi rulers are Sunni Muslims and increasingly worried about Iran’s backing of fellow Shiite Muslims who rule Iraq.”

The Bush administration certainly shares those worries. Though I’m not privy to sources who could confirm this, I strongly suspect that Vice President Cheney likely expressed such concerns in his trip to Saudi Arabia. The two sides may have come to a meeting of minds, as did the Saudi royal family and a previous Republican administration in 1985-86, when Saudi Arabia went against its OPEC brothers and increased rather than decreased oil supplies, dictating a global drop in the price of a barrel of oil.

In the 1985-86 effort, Vice President George H.W. Bush was the liaison between Reagan and the Saudis. Once Vice President Bush became president, Dick Cheney became his secretary of defense, and the two together saved the Saudis in August 1990, when Saddam Hussein began moving troops and tanks to the Saudi border. Today, I would expect Cheney and the younger Bush to cash in on past favors. The Saudis would likely be willing to pitch in, given that they despise the Iranian mullahs.

In 1985-86, the Reagan team cashed in on past favors on behalf of the Saudis, particularly President Reagan’s 1981 AWACS sale to Saudi Arabia, which thrilled the Saudis but angered Israel. The U.S.-Saudi oil manipulation of 1985-86 hurt not just the Soviets but the Iranians. The Saudis were happy to hurt the Iranians then. There is no reason why they would be less happy to do so again.

This speculation is hardly unreasonable. In fact, I would be surprised if members of the Bush team did not at least consider this option. It is time to get creative in prosecuting the War on Terror, including calling on old friends.