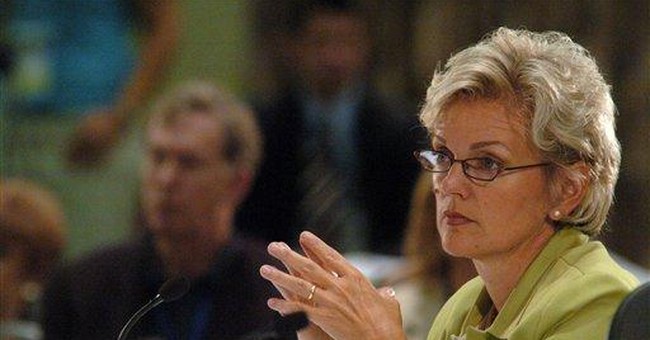 When it comes to those serving us ever so humbly in public office, how should they be chosen? It’s a simple question. And I’m not alluding to the Democrats’ presidential nominating process.

By the people? Under the rule of law?

Of course. We should have a lawful process with the people having the ultimate power over their government, meaning those they elect. That’s the deal here in America.

In fact, voters go further — they also want recall for their elected office-holders. The reasoning is simple: The voters hire ’em so the voters should be able to fire ’em.

That’s called citizen control, the rule of law . . . in short, freedom. But while Americans believe in these democratic principles, many politicians do not.

Michigan has a recall law. And an awfully deserving legislature. Regular readers of this column know that the Michigan Legislature’s massive 2007 tax increase spurred a recall campaign against Speaker of the House Andy Dillon led by local suburban Detroit tax-activists and the Michigan Taxpayers Alliance. Readers of my Common Sense e-letter got even more detail.

Weeks ago, citizens turned in over 15,000 signatures on that petition to trigger an August 5 recall election. Last week, Michigan Secretary of State Terri Lynn Land ruled the campaign was short of the needed 8,724 signatures in the Speaker’s district (a number equal to 25 percent of those who voted in his election).

Oh, don’t get Secretary Land wrong, actually 10,408 verified voters in Dillon’s district did indeed sign the petition — more than enough. Hmmm. But some of them signed petitions circulated by people who were not themselves registered. Or who were registered, but lived just outside the district line.

Now, if it were established law that a petition circulator had to be registered to vote, or a resident of the district, one could agree that the Secretary of State should disqualify those signatures. The law is the law, though I think every voter’s signature ought to count regardless of the registration status or residency or shirt color of the guy or gal holding the petition clipboard.

But it’s not established law at all. In fact, the very opposite is the case. The U.S. Supreme Court ruled in 1999, in Buckley v. ACLF, that Americans gathering signatures on a petition could not be required to be registered voters. Not an open question — a closed question.

In a somewhat similar case, a federal court just struck down Ohio’s law requiring registration and residency for those circulating a presidential nominating petition, which had been unchanged since the Buckley decision. There, as in Michigan, state officials were enforcing the statute against citizens. Earlier this year, California’s Court of Appeals struck down a similar law in their state.

At some point, the enforcement of clearly unconstitutional laws against people constitutes more than a mistake. Justice oops! is justice denied. And statewide officials, public officials at all levels, have a duty to know enough about the Constitution to follow it.

That is after all the most important part of their job.

Michigan’s legislators chose not to change their statute. Now Ms. Land decides to ignore her duty to follow the highest law in the land and enforces her state’s unconstitutional statute.

It’s not about partisan politics; it’s just politics. The recallee, Dillon, is a Democrat. Land? A Republican.

But Ms. Land, like most of those who make up the political “in” crowd, is no friend of the people or their petition rights. She’s been pushing restrictions on petition drives which would require people to wear badges when petitioning (already struck down by the U.S. Supreme Court), forbid any initiative petition drives during election years, regulate how petitioners can be paid, and grant veto power to the State Board of Canvassers — a notoriously partisan and dysfunctional appointed body — over whether a petition can proceed.

Understandably, taxpayers have filed suit against the Secretary of State, asking the appeals court for emergency consideration of the Dillon recall petition. The state supreme court would be the next option should the appellate court not provide speedy relief.

Leon Drolet, head of the Michigan Taxpayers Alliance, said as the suit was filed, “I believe that we will win this case, but we need to have the court move very quickly in order to get the ruling before the absentee ballots for the August 5th primary election are printed.”

Let’s hope Michigan’s justices will expeditiously apply the law, reversing Secretary Land. There exists no good reason not to allow a democratic decision to be made by the people of this Michigan district.