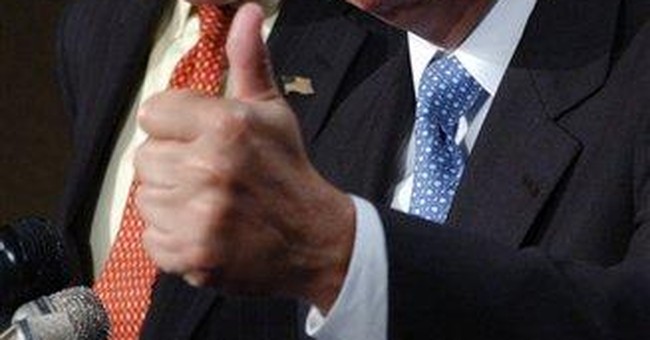 On the Ides of October the first Baby Boomer applied for Social Security retirement. Not disability, mind you: retirement. A Maryland teacher, born a second after midnight on Jan. 1, 1946, will become eligible to receive early retirement benefits next New Year’s Day.

And so begins the next crisis of the American political economy.

When Social Security was set up, its supporters pooh-poohed critics who warned that by not investing the collected funds the government was setting up a major fiasco. The pooh-poohers were wrong, of course; the skeptics, right.

There was no investing going on. Money came in to the government. What did not go out to the early pool of recipients was sent to Congress to cover its deficits. Ostensibly, money that was supposed to pay future beneficiaries became IOUs that Congress owed those beneficiaries. They legally plundered the kitty.

And the huge post-World War II Baby Boom helped keep the system afloat. You had this surge of young workers paying in, not taking much out.

But still, the system was so unstable that, throughout the sixties and seventies and eighties, FICA taxes to support it increased . . . increased so much that the FICA withholding, for many Americans, has grown to exceed other federal taxes.

And now the end is in sight. All those Baby Boomers whose FICA withholding kept the system afloat all these years now begin to retire. Soon, the money going to retirees will far exceed money coming in. And the crisis point will have been reached.

It would be naive to say “Let Congress just pay it back — after all, those politicians merely borrowed the money; we just ‘owe it to ourselves.’”

It would be naive to say this, because the members of Congress don’t get their mad money from their own bank accounts. They take it from taxpayers. Forcing more money from taxpayers to give to a subset of taxpayers is more (and boy, do I mean more) of what Congress has already been doing. Besides, there’s something indecent even about suggesting that we must now raise taxes to pay off people who had been taxed long ago for the fund in question.

The best reform would be to put investment back into the pension system. Somehow. And soon.

Putting the whole thing on an investment basis is essential, yes. But we still have to pay out generations expecting retirement help whose funds were not invested. Raise FICA taxes? Been there, endured that. Raise the retirement age to, say, 72? Yikes.

To postpone Social Security’s inherent insolvency by either a dramatic tax increase or a setting back of the retirement age — or both — would be to admit, quite plainly, the swindle at the heart of the system.

Which, in its way, would be a good thing. If, to pay off retirees, we have to raise the retirement age, we should all recognize the inherent unfairness of it. Similarly, a tax increase. Raise taxes and you further scuttle Social Security’s very purpose: providing a safety net to back up workers’ other retirement savings. (If FICA withholding steals that much of your paycheck, it ain’t a safety net system, let me tell you.)

Whatever costs that a fix of the system requires should be ascribed to the system, not to the fix. Or, to change meanings, the fix was in a long time ago: the swindle hepled politicians buy off whole demographics of voters by an inter-generational swindle, always helping older folks at the expense of higher taxed younger folks.

So, it’s about time for Hillary, and Rudy, and Mitt, and the others to start talking about these issues up front, and honestly.

But if we citizens do not press them, if we do not take the initiative, they will wait until it’s way too late. Further, we must do this before they commit another atrocity, concoct yet another huge swindle of a welfare state system . . . as many of them are planning to inflict on us right now. We must tell our politicians to Fix Social Security NOW — Prove to us that you can be trusted with our health.

The best way to prevent a health care reform fiasco? Make politicians deal with Social Security first. The rule should be: fix what you’ve broken before you fix what you’ve merely damaged. And learn from your mistakes, for goodness sake.

Which ones? The ones that have taken the credit.