What we know won't work 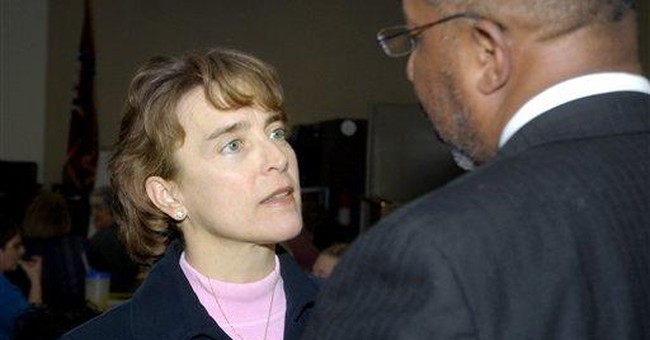 Adults have been educating children for thousands of years. Yet, in this 21st century, somehow, I feel a need to remind myself of this fact.

In modern times, education seems mysterious and illusive, leaving us with a schooling system that costs ever more while never quite making the grade.

That's why I was so intrigued by a column written by one Phil Power, former newspaperman, former University of Michigan regent and now president and founder of the moderate Center for Michigan. Power says: "Maybe we really do need to partly reinvent the wheel."

Boy, that's going a long way back. But there is, indeed, "a lot of worry and hand-wringing in Michigan" — and everywhere else, too, of course — "about the costs and quality of public schools."

Seems there is both "a growing taxpayer investment" and "a multi-hundred-million-dollar deficit in the school aid fund."

Strange. More money from taxpayers, but less to go around for education. And why is no one surprised?

But Mr. Power asks a different question: "What if all school employees became state employees?"

Power offers that he understands his question is "consciously radical." (Thank goodness he told us.) When I think about education, however, my mind goes to students and teachers and subjects like Algebra and British Lit and methods of instruction. It just never occurred to me that the level of government that cuts the checks to the folks working in the schools could be the make-it-or-break-it difference.

I guess that's why I'm not an educational expert.

Mr. Power proposes to negotiate just one big statewide contract for teachers and other school employees, as opposed to Michigan's present system where many contracts are negotiated at the local level in each of Michigan's 549 local school districts. He sees this reform as a golden opportunity to open the state's educational system to other much-needed reforms.

Let's call it the "Single-Employer" Plan.

One of Power's hopes is that shaking up the contracting between unions and school management will enable "a statewide pay scale that directly links teacher pay to educational outcomes."

If you want to improve performance, it does make good old-fashioned common sense to relate pay to performance. It seems there is something about pay that makes it a strong incentive to just about everyone.

But merit pay is consistently fought by the school employee unions. They are a powerful political force at both the local and state level. They know the way to the state capitol.

Power also envisions that moving this mighty tussle to the state level might help lead to a restoration of fiscal sanity on health insurance and pensions costs for school employees. Currently, those run $1,200 a year per pupil. And growing. The Citizens Research Council predicts these costs will escalate to gobble up 1 of every 3 educational dollars within a decade.

Or perhaps there will be more school consolidation? Power wisely wants to reduce duplicative administrative jobs and reminds us that now teachers in Michigan represent less than half the employees of the K-12 school systems.

These seem dandy. Never lose hope. Anything is possible.

Power does not address the fact that this system is precisely the one that economists give the biggest shouts of warning about. They talk about bilateral monopoly and how hard it is to negotiate anything like rational rates when there are only two traders. Without competition, you can't discover the best deals.

Power does recognize a few downsides, though, like "the possibility of one great big statewide teacher strike every few years, anti-strike laws or no."

Shucks. Too bad unions don't have to follow laws.

Power also worries that the public will oppose the single-employer plan because of "our deeply imbedded idea, dating back to pioneer days, of local control of schools."

I'm admittedly an embeddee. Education decisions need to be made as close to home as possible. Not ever further away.

It's just that his solution and this entire debate are emblematic of the problem. It's all about politics. Unions and employee benefits.

Not kids. Not education.