Where Does the South End? 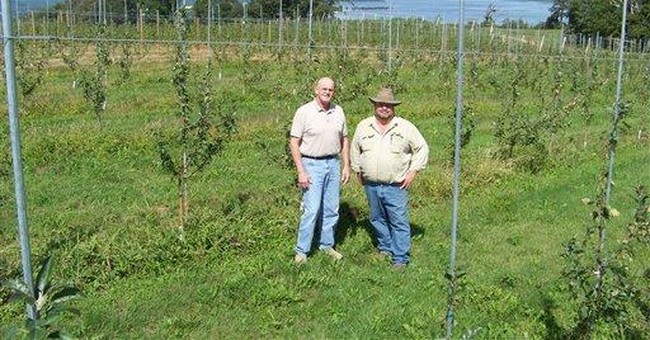 It was wholly a pleasure to hear your theory about where the South ends, probably because any theory about the South will get a conversation going around dinner tables, at barber shops, in graduate seminars on Southern history, and just about anywhere else in these talkative latitudes.

Your theory is that the South ends where the last monument to the Confederate soldier can be seen. This would mean that Bentonville, up in the far northwest corner of Arkansas, and known far and wide as the capital of Wal-Mart, qualifies as Southern. This might comes as a surprise, or even an unwarranted claim, to folks in Arkansas farther south, who think of the northwestern corner of the state as Midwestern. Or at least Oklahoman.

If you think being considered Midwestern is a step up from Southern (and I am rather fond of Midwesterners myself with their open, friendly manner), then you're not a Southerner. If you think of it as a step down, then you're a Southerner no matter where you live. Or at least you're someone who prefers the distinctive to the bland.

I know where the South ends in Arkansas. Or begins, depending on which way you're traveling. It's at the Mammoth Orange diner in Redfield, Ark., colloquially known as the Big Orange. Check it out. You can have one of those big burgers while you're there. I wonder if they still serve Grapette sodas. An RC Cola and a Moon Pie might be too much to hope for in these all too advanced times.

The South ends at Redfield because Southernness is a function of mean elevation above sea level: the lower the altitude, the more black folks and black soil, the more traces of the plantation economy and culture, the more Southern. Which is why the Arkansas delta is more Southern than the Arkansas hills. Redfield is just before the hills begin, therefore it's on the uneven line of demarcation between North and South. Q.E.D.

I've often thought the Big Orange ought to put up one of those markers like they have out west to note the continental divide. Only this one would say: "Here the South Ends, May the Lord Be With You. (At Least as Far as Little Rock.)" On the other side, the marker would say: "Welcome to the South, Y'all." The welcome wouldn't be complete without that second-person plural. Not just geography and climate change when you enter Dixie, but the language.

So how come you find pockets of deep-dyed Southernness in unlikely places like the hills of eastern Tennessee or in the middle of Missouri? The then-little town of Columbia, Mo., where I went to school for a couple of idyllic years, was in Boone County, which at the time used to be called Little Dixie.

My explanation: Southerners on the periphery of the South have to be the most aware of their Southernness in order to hold on to their identity. The way you might find the most ardent nationalists of any stripe on the outskirts of the nation. See George Orwell's essay, "Notes on Nationalism."

Southernness, it turns out, is a moveable feast, for Southern is more than a geographical designation; it's a cultural one. Folks in Mississippi don't have to talk about being Southern; they just are, while the baneful tribe of professional Southerners seems to crop up most conspicuously in the outer reaches of Dixie.

There's also a Southern diaspora, which knows no bounds; you may run into representatives of it on New York's Upper East Side or in Paris' fashionable Sixteenth Arrondissement. Or in a simple little pension in Florence. Just listen for an accent that sounds like home and there the South will be, for the South extends far beyond the South,

The other Great Question of our time, or any American time, is: Where does the West begin? That's a column for another day. But one sure nominee would be Kansas City, Mo., though I've heard it said that Fort Worth is where the West begins while Dallas is where the East peters out.

As someone who's been lost more than once on a Dallas freeway, I can testify that Dallas certainly isn't the South. Indeed, those who claim the South fought the Civil War to keep Atlanta from happening may never have considered the possibilities of Dallas.

To be truly Southern, there must be something agrarian about a place even if it's a city. It must have at least a long-lost connection with an agricultural society to qualify.

Grits, black-eyed peas, hurry back, and all that.