Our Own Lost Decade? 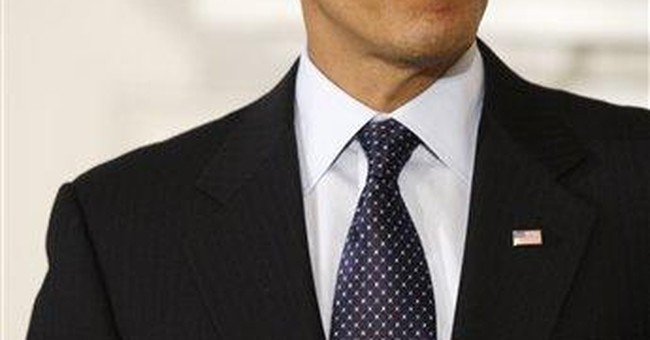 Who said, "East is East and West is West, and ne'er the twain shall meet?"

Wait, wait, don't tell me; let me Google it up on my own and call it, in the grand tradition of Tom Lehrer's ditty about Nikolai Ivanovich Lobachevsky ... Research!

But no matter what that rip-roaring versifier contended -- Orwell called Kipling the best of the bad poets -- this country seems determined to follow the same economic policies that Japan did back in the '90s. And achieve the same gosh-awful result: a lost decade.

This still new administration just passed its first, $787 billion spending bill to stimulate the economy. Small potatoes compared to Japan's great (and failed) experiment in the 1990s. During that decade the Japanese adopted ten (10) stimulus packages worth a grand total of $1.4 trillion in today's U.S. dollars, including $500 billion spent just on public works from 1992 to 1998.

The result: Japan's unemployment rate doubled. Its economy mainly just stood still, slowly sinking in the East. If just spending money on the same old failed enterprises could end a recession, Japan should have been booming. It wasn't. Quite the opposite. Welcome to the Lost Decade.

Japanese politicians thought they could go on subsidizing their mismanaged banks and industries indefinitely. The result: They kept their country's economic slide going indefinitely.

Now the masterminds in Washington are making the same super-sized mistake when it comes to the failing and flailing American auto industry.

This time General Motors and Chrysler have asked for another $21.6 billion from the taxpayers on top of $17.4 billion they got just last December. Even then it was clear they would be back soon enough with their hands out.

At this point, the prospect is for bailouts as far as the eye and accountants can see.

Ah, but if these automotive giants don't get their billions, they warn, they'll go bankrupt.

Is that a threat or a promise? These outfits have needed to be reorganized, re-capitalized, and generally revitalized for years now. Bankruptcy would be the most direct way to do it.

Call it re-organization, merger, acquisition or any other name that might soften the blow, but only clear, definite action can free these debt-bound giants from the immense hole they've dug for themselves. And want to go on digging.

But instead, they're holding themselves for ransom. ("Give us the money or we'll go broke!")

GM and Chrysler are already shutting down assembly lines and dropping some of their poorest-selling models. Say goodbye to Dodge Aspen, Durango, PT Cruiser, Saturn, Hummer, some Pontiac models ... and who knows how many others by the time all this is over.

A lot of good people, people who've done their jobs and followed the rules, many of whom have been pillars of their church and community, are going to get hurt. Like the kind of small-town car dealers who are the bulwark of every good cause in their community. While the highbinders may float away on their golden parachutes, everybody else could feel the pinch.

But Americans have gone through much worse and not only survived but triumphed. Better a definite crisis now that leads to a new start than unending entropy.

Creative destruction, the economist Joseph Schumpeter called the essence of capitalism. While it's the destruction that may be most evident at the moment, the creativity is already showing. Saturn dealers, for example, are tying to find a way to preserve Saturn as an independent, freestanding, international company.

Why let these huge moribund corporations divest themselves of this or that branch piecemeal as they founder? Are they likely to do any better at shutting down their unprofitable branches than they did adding them?

Why not do the job for them? It needs to be done quickly, clearly, legally -- in bankruptcy court.

Yes, it would be painful. Drastic surgery usually is. But afterward these overextended outfits could start to recuperate.

Congress' approach to date can be summed up simply enough: Send good billions after bad, getting only paper promises and vacuous assurances in return. That's not good enough. These corporate leviathans are a money hole. The only thing sure about the next bailout is that still another will be demanded.

But the administration may only temporize, and wind up adopting the Japanese model willy-nilly. This country, too, can lose the next decade. East and West can meet -- in failure.

Let's give the American auto industry a new beginning. And end this form of corporate welfare as, unfortunately, we're coming to know it.