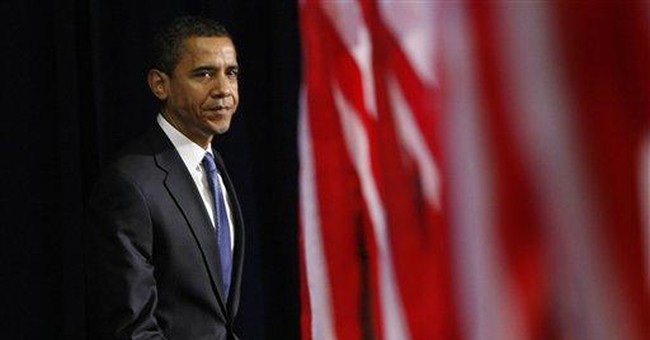 If personnel is policy, and it is, then Barack Obama's first major appointment to his Cabinet heartens.

Gone are the empty slogans -- Hope! Change! Audacity! Whatever! The campaign is over and the president-elect now begins to compensate for his lack of experience with appointees who have a world of it.

There will surely be outbursts of sloganspeak in this next administration; our new president will need to give his more fervent fans some fodder. But ideology begins to take a back seat to reality. Which is all to the good. Because the obdurate realities of the world will not be affected by fine-spun words but by bold actions.

In choosing Timothy Geithner as his secretary of the Treasury and his point man on the economy in general, Barack Obama has chosen the most action-oriented member of the Bush administration's financial team. As president of the influential Federal Reserve Bank of New York, Mr. Geithner consistently prodded the administration to act boldly, decisively and early.

From the beginning of the Panic of '08, Mr. Geithner was calling for more active interventions in the markets, and often enough carrying them out. He isn't likely to be one of your figurehead secretaries of the Treasury. He leads. And manages.

Timothy Geithner's specialty throughout his career with Treasury has been fixing economic crises on a nationwide scale. Wherever there was a fiscal meltdown in the 1990s -- Mexico, Indonesia, South Korea -- he was likely to be found there, like a fire brigade rushing to a conflagration.

In all those cases, he recognized that help from the rest of the world was the first, urgent need if the financial meltdown of those countries was to be contained. First the flames had to be drenched by infusions of credit before their fast-collapsing economies could recover. As they did.

When the same kind of panic struck American markets, and the financial structure of the American economy began to unravel, he urged the same kind of rapid response. Young in years (47), he's had a lifetime of experience in battling panics.

When word came Friday that Mr. Geithner would be the country's next secretary of the Treasury, he got an immediate 500-point vote of confidence from the Dow, which continued its advance as the next week began.

Mr. Geithner seems the embodiment of what Franklin Roosevelt, in the early stages of a far greater economic crisis, called the need for "bold, persistent experimentation." The only thing consistent about this incoming administration's economic policy may turn out to be its willingness to experiment.

The country can't afford ideology just now; it needs results. There is a whole fiscal structure to repair and a nation's confidence to restore.

The president-elect's campaign promise to kill the goose that lays the golden eggs -- by raising taxes on the country's highest earners -- has been put on hold for the duration. Ditto, his pledge to repeal the Bush tax cuts that sparked the economic boom earlier this decade. Barack the Practical isn't about to tax American capital even more, not when investment is sorely needed. Apparently nothing concentrates the mind so wonderfully as the prospect of becoming president of the United States in less than 60 days.

No doubt Barack Obama's gift for rhetoric will still soar from time to time, and his voice will again thrill. But the hands on the financial controls will likely be Timothy Geithner's. Which is assuring.

Also assuring is the emergence of Hillary Clinton as the next secretary of state -- if only she can free herself of the albatross represented by her spouse's financial entanglements around the globe, which will inevitably raise questions of a conflict of interest on her part.

But in her own right, Sen. Clinton has much to recommend her as secretary of state. During the presidential debates, she played bad cop to Barack Obama's good one. Lest we forget, she was an early advocate of deposing Saddam Hussein in Iraq. And she supported the war there, at least till it grew unpopular, at which point she sought to appease the growing influence of the defeatists and conspiracy theorists in her party's primaries. A born fighter, she's not likely to surrender in Iraq now that victory is in sight. And she's consistently taken a tough line against Iran's mullahs and their incendiary front man, Mahmoud Ahmadinejad.

Not the least of the advantages that would accrue from having Hillary Clinton as secretary of state is that she would be safely removed from having anything to do with national health care. Her last try at "reforming" it in the early, chaotic days of the Clinton administration was more bureaucratic nightmare than real solution. (Thankfully, it never got off the crammed drawing board.)

Hillary Clinton's appointment as secretary of state would be another tribute to Barack Obama's determination to govern rather than continue campaigning. In the spirit of Lincoln in his critical time, he's proceeding to form a team of rivals.