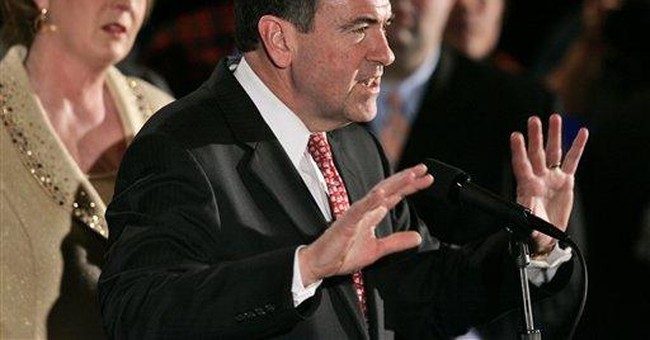 "I know of no American who starts from a higher level of aspiration than the journalist. He plans to be both an artist and a moralist - a master of lovely words and merchant of sound ideas. He ends, commonly, as the most depressing jackass of his community - that is, if his career goes on to what is called a success." -H.L. Mencken

There was once a Broadway play - it was really a less than subtle campaign ad for Adlai Stevenson - called "The Best Man." The plot? To sum it up, Our Hero decides to do the right thing and so loses the presidential nomination to an unscrupulous Richard Nixon type. The message? It's better to be able to live with yourself than win a political race. How quaint.

Columnists and editorial writers and other assorted navel-gazing types are always calling for a presidential candidate who'd do the right thing, who'd stay positive, who'd refuse to be dragged down the muddy road by his hot-shot advisers even while an opponent is plastering him with dung. So finally the press gets such a candidate.

And what do we do? We laugh at him.

It happened on the road not to Damascus but to Des Moines. A presidential candidate named Mike Huckabee, a Baptist preacher from Arkansas whom the sophisticates in the trade long ago tagged as some kind of hick, was about to unleash a negative ad against a sleek opponent from the Northeast.

And so the former pudgy governor, and current Next Man from Hope, stepped out in front of a pack of salivating campaign correspondents to describe his pain over the last few weeks. His record, he said, had been distorted. Mitt Romney was behind it. And he planned to hit back.

Ho boy. The papers here in Arkansas that morning were reporting that Mike Huckabee was doing some serious praying in preparation for what he planned to do to his opponent. As if he were seeking divine dispensation for the heckuva hatchet job he was about to do on a fellow Republican. It was like asking for forgiveness in advance. Not very pretty.

But when Mike Huckabee finally took the pulpit - I mean rostrum - dawgone if he didn't say his conscience had just kicked in, and he'd told his surprised staff a few minutes before that, no, he wouldn't go negative even if that's what the conventional wisdom called for. Mike Huckabee announced that he'd just ordered the hard-hitting commercial pulled.

That's when he made his big mistake. Just to prove he really had a negative ad in the can and wasn't trying to pull a fast one, he announced that Š he'd go ahead and show the clip anyway. Right then and there. The press just about laughed him out of the room.

The press types' reaction to the Reverend's announcement was just brutal, merciless, and it seemed to go on forever. The Washington Post had a video of the press conference on its Web site. It was painful to watch. You could tell by Brother Huckabee's fallen face that the guy had been utterly serious. But the laughs kept coming. He looked like he'd just been hit in the face with a cold, wet towel.

No, no. I have this ad, you see? It was negative, but I pulled it. I wanted to show it once in this room - I'm not handing out copies afterward - just to show y'all in the business that, yes, we had this commercial produced. But we've canceled it, see?

When there was a momentary pause in the derision, Mike Huckabee was asked what exactly he thought he was doing. Was he trying to go negative without going negative? Show his ad and get credit for pulling it, too? Sure, it was a mistake to show the press the commercial. Somebody in the Huck's campaign (Ed Rollins, where were you?) should have seen this one coming. But none of them did. So much for high-paid help. Mike Huckabee made a mistake, all right, but it was made out of naivete - not political cunning. (BEGIN OPTIONAL TRIM)If he'd been as sharp as Richard Nixon, he'd have said only that he was pulling the commercial - and then had a staffer leak a copy of it to the media on Deep Background. Instead, he became a figure of fun. (END OPTIONAL TRIM) You know who really looked shameful at that press conference? The press itself, or at least the bunch who cover presidential campaigns, aka the national press or Them Bastards, depending on whether you're in polite society at the moment. Listening to that seemingly endless laughter, one can understand how the press gets a reputation for being a hopelessly cynical bunch. What did Mencken call us? The most depressing jackasses around. He was right. If Frank Capra's Mr. Smith ever went to Washington again, we "ladies and gentlemen of the press" would probably laugh him right back to Des Moines or Peoria or wherever the poor sap came from. (BEGIN OPTIONAL TRIM) I've got a theory about Mike Huckabee's curious course in this whole, strange episode - first his authorizing the attack ad, then his deciding to pull it, and finally his showing it to the press anyway. But do I dare share it? It's not an orthodox, acceptable theory in this oh-so-enlightened age, but here's my take on the Affair of the Cancelled Commercial: Just suppose for a moment that Mike Huckabee's prayer the other Sunday for the strength to cast aside his best instincts and rise above his own standards, or rather fall below them, really had been answered. And the answer was No. As in Thou Shalt Not. And that it just took a while, like 24 hours, for it to dawn on him. (Even the Lord may have trouble being heard in the tumult of a noisy, muddy political campaign, for they say His is a still small voice.) And when the Reverend got the message from On High, he really had no choice but to reveal it in the spirit of his denomination's tradition of public confession, foolish as it might make him look, and embarrassing as open confession is to us more buttoned-down types. Such things are simply not done in the dawning 21st century, not by a supposedly serious presidential candidate, and certainly not in front of the press. The Boys on the Bus who cover presidential campaigns were bound to laugh at such a confession, or look for some self-serving motive to explain it. Naturally, they promptly did both. For their "analysis" of political news begins and ends with the self-serving motives of politicians. Anything beyond that is beyond them. The cynical types who cover presidential campaigns in mod America tend to be Level One types - that is, they never get to that second, intuitive level that surpasses all understanding. Surely we've all had that sensation at one blessed time or another, but we may not care to admit, lest we be thought weird. Such thoughts are not expressed in the highly politicized world that Mike Huckabee has entered, where "God Bless America" is just an ornamental phrase tacked on to the end of presidential speeches or a car bumper - not a desperate plea like one the Psalmist might have uttered (BEGIN ITALICS)in extremis. (END ITALICS) And so Mike Huckabee wound up looking like a fool. But better to be such a fool - God's fool - than to be the most clever, calculating, successfully triangulating, never-at-a-loss-for-words politician in the country. Good for Mike Huckabee. He'll sleep better for it. (END OPTIONAL TRIM) (Paul Greenberg is editorial page editor of the Arkansas Democrat-Gazette. David Barham, an editorial writer for the Democrat-Gazette contributed to this column.) © 2008 TRIBUNE MEDIA SERVICES, INC.