The Word From Joe 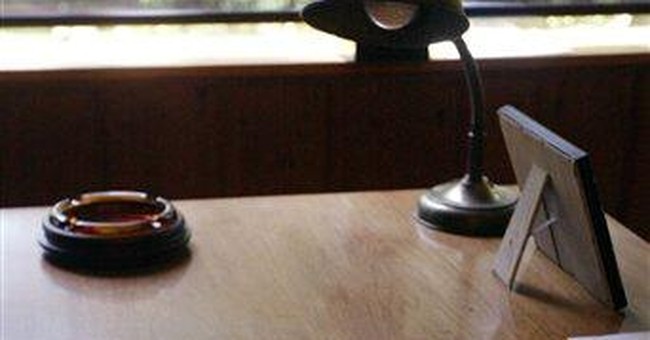 Life is strange. That's not an original observation, since life keeps demonstrating just how strange it is. Consider the life and saving times of Joseph Daniel McQuany, 1928-2007. Mr. McQuany, who became much better known as just Joe here in Little Rock, was one of the most successful people I've ever heard of.

Joe touched, indeed transformed, the lives of who knows how many tens of thousands in this country and beyond. He started an enterprise on a shoestring or less - a $330 grant and some charitable donations - that grew into a publishing company, traveling mission, growing institution and, most important, a blessing.

The secret of his success? "If I hadn't been an alcoholic," he confided to one of the many groups he addressed, "I probably would have amounted to nothing."

And all because one day back in 1962, Joe McQuany decided he'd get sober. In those days, he'd later recall, white men trying get on the wagon could find a treatment program, black men were sent to the State Hospital - aka the Nut House in the patois of the times - and as for women alcoholics, the only place for them was jail.

Once detoxed courtesy of the State of Arkansas, Joe McQuany knew he'd have to find some way to stay sober. His way was Alcoholic Anonymous. Even though in those days, as a black man, he was left out of the social bonding that's such an important if informal part of AA. No matter. He had the Twelve Steps, AA's version of the Ten Commandments, and the Big Book. A testament and faith. What more does a natural leader need? Build on those two rocks and the people will come.

Soon the man was organizing AA groups himself. He was a whiz at it. Not only because he'd been there and knew the cravings and excuses, the real desperation and false exhilaration of it all, but maybe because to save himself he had to save others.

Joe McQuany wound up founding an offshoot of AA himself. He called his program Serenity House before it had a house - an old one on Broadway here in Little Rock. As his program grew, he moved it to larger and larger quarters.

Serenity House became Serenity Park - an extended-care sanctuary for all, black or white, penniless or professional, who needed to break their drug habit. You might be surprised at the nice, outwardly successful people who are chemically dependent slaves. Then again, if you've had much experience of the world, you probably wouldn't be.

Mainly people came to Serenity House not because of the books Joe McQuany would write, or lectures he would give, or the programs he devised, but because of Joe himself. To quote one of his co-workers and admirers - but I repeat myself - his soft, unjudging brown eyes would connect with the souls of others. Joe seemed to look past all the superficialities that separate us one from another, and see the essential creature within, sinner man.

The man never tired, not even during his last, four-year struggle with Parkinson's, and he never stopped dreaming. His last great dream was a treatment center for women. When the ground was broken for that project two years ago, and folks asked where the money was coming from to finish it, Joe told the newspaper: "I had $300 when I started. People said, ŒHow are you gonna do it?' I said, ŒI don't know,' and I stepped out. I've always stepped out into things, and people have always helped me."

They did again. Construction was completed a few weeks ago, and Joe was there to admire it. It was another of his dreams achieved. He didn't seem surprised. Sitting on a patio overlooking the new building just days before he went into the hospital for the last time, Joe McQuany kicked back and observed, "It's gonna be OK."

Joe could have been talking about a lot more than a building; he could have been summing up the message he'd brought to so many, whatever their station in life, who were poor in spirit. Then they would read one of his books, or leave one of his lectures renewed and resolved, or check out of Serenity House rich in hope and determination. That might've been all they had, but they knew it was going to be enough. It was gonna be OK. Joe had taught them that much, or rather he would have quietly let them realize it. As one would point out the light, or a beautiful fall day, or the grace all around us. And he was his own best example.

At his death last week, condolences poured in from all over, including nearly every state in the Union and ten foreign countries at last count.

His obituary noted that Joseph Daniel McQuany leaves behind his wife of 48 years, Loubelle, numerous family (including 12 great-grandchildren), and "friends around the world." Many of those friends have the best of reasons to be grateful for Joe: a life of their own rather than one dictated by the current addiction. As for Joe, he always lived simply. He was interested in a richer life: helping others.

Reading this today may be someone out there who is heavy-burdened, convinced that if it weren't for the particular chemical cross he has to bear, he'd live fully, do great things, amount to something. In 1962 Joe McQuany found himself in that spot, desperate over his weakness, and proceeded to Š turn it into strength. So can you, Troubled Reader. "If I hadn't been an alcoholic I probably would have amounted to nothing."