What is the south? 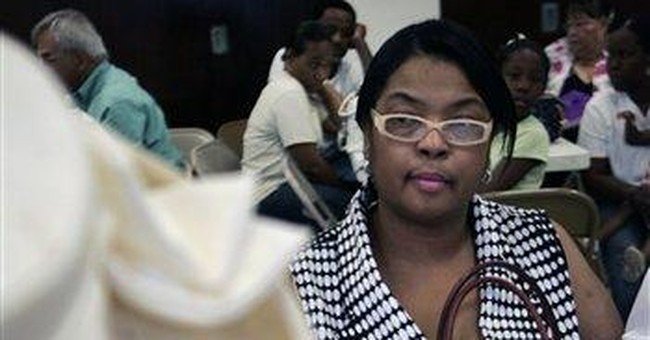 NEW ORLEANS - "What's the South like?" said the man in the white suit, as if repeating a question. "That's what they all ask. Well, that depends on which South you mean - the antebellum mansion, the fly-specked roadhouse, or the latest of the New Souths, the Sunbelt? Or northern Mexico, aka Texas? Or one of the uncountable other Souths? And which image is the facade for which? One South fits into the last one like one of those Russian dolls. Do not be too quick to decide which is the real South. There is no such thing. Nor is it easy to see which South is supplanting the other at any given time. The professional Southerner is all leaf and no roots; the most Southern of us all may never think on what it means to be Southern."

The man in the white suit paused to sip at his mint julep. "Actually, I prefer Scotch," he said. "I drink these just to give the tourists something to talk about."

Then he continued trying to explain the inexplicable: "The essence of the South is the deeply ingrained superficial. The South is the Natchez Trace, that dream highway meandering through forests only as deep as the right-of-way. Faithful old retainers await, cannily posted at convenient distances to guide and refresh, and generally assure us that all is as it seems before they disappear to rearrange the scenery. I suspect Prince Potemkin was a Southerner at heart. The real South? The South is the most unreal part of this unreal America, and therefore the realest."

The sun shone bright on the tables at the sidewalk cafe, and the man in the white suit paused to set his drink down ever so carefully before going on.

"The South," he said, "is a high road that rises up green and lush beyond every curve and over every rise. The South is also Highway 61 that runs right alongside the picturesque old Trace, featuring misspelled signs and abandoned drive-in movie theaters. It is grass growing through the cracks of an abandoned parking lot. New dreams here fade before the old ones do. To be Southern is to want nothing more than to live by the side of the road and board up the windows to outsidersŠ.

"The South is driving along a Mississippi back road in the dead heat of a hot Sunday afternoon listening to a black preacher on the radio praising the Lord in half-song, half-sermon - as close as contemporary man may come to the original spirit of the Psalms. Logically, it would seem easier to say grace over oysters Rockefeller and trout meuniere at Galatoire's than over potlikker and biscuits with Hoover gravy, but of course it is the other way around in the South, as it is elsewhere. There never was a sumptuous thanksgiving festival that could match a single prayer uttered out of sheer desperation. And the South has more desperation than cotton; it grows like kudzu in the night."

"The Southern ideal," said the man in the white suit, drawing himself up to his full height, "is the classical one - of harmony, completeness, evenness. Our beau ideal is not the tortured and agonized existential hero, or the witty and ambitious leader at the top of the greasy pole, but the whole man. Our ideal is the gentleman without a mark on him, the lady in the portraits. Our hero is Robert E. Lee, not Abe Lincoln. The Southerner must be all of a piece - of alabaster. No wonder we break under the strain of living up to such a specification.''

The man in the white suit sighed sadly. "What's the South?" he repeated. "It is a reflection in an assortment of mirrors - some warped, others beveled and tarnished, some much too clear for comfort, still others made of plastic. It is Blanche DuBois and General MacArthur, and there is no way to tell which is the sure image. The best course is to depend on none of them, but to approach the subject without preconceived or received ideas, which, for a Southerner, is of course an impossibility."

A streetcar out of the past came clanging down St. Charles, and the haze of the day grew steamier. A tray of beignets and cafe au lait caught my attention. When I turned back, the man in the white suit was gone. Only his empty glass remained - palpable, shimmering, waiting to be filled again and again. Like the South herself.