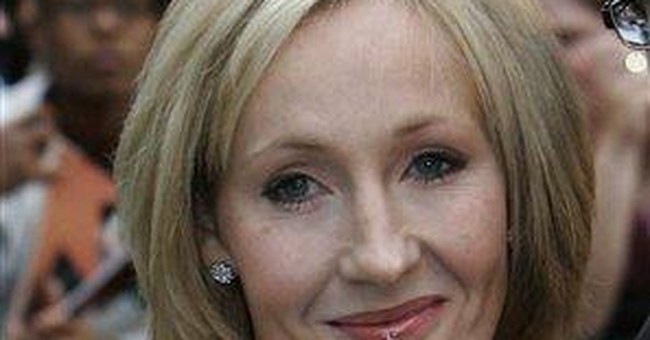 Another editor here at the paper wants to know if I consider writing a science or an art. He's compiling a booklet on the subject for young writers, and would like me to contribute a chapter, maybe offer some practical suggestions. Glad to, I say. Writing about writing is so much easier than writing.

My take on his question: Writing is an art.

It's can also be an obsession. The shrinks have a term for it, Writing Behavior. H.L. Mencken, who knew writers well, offered his own diagnosis. He said "an author, like any other so-called artist, is a man in whom the normal vanity of all men is so vastly exaggerated that he finds it a sheer impossibility to hold it in. His overpowering impulse is to gyrate before his fellow men, flapping his wings and emitting defiant yells. This being forbidden by the police of all civilized countries, he takes it out by putting his yells on paper. Such is the thing called self-expression."

Surely that's only part of it. There is something more, some unattainable goal that would move a writer to put down words even if he had to publish anonymously. Or not be published at all. Call it a compulsion.

Flaubert said it: "Human speech is like a cracked kettle on which we tap out tunes for bears to dance to, while we long to make music that will melt the stars."

That mysterious longing is what makes writing an art, not a science. Yes, it does require some knowledge of the basics of the language - grammar, syntax, the rules and regulations. But language is not just grammar, as the road is not just the map. A racecar driver needs to know automotive mechanics, but it's the driving that's the art, and takes guts.

Something magical can happen on occasion: The words use the writer as their instrument instead of the other way 'round. The writer becomes a kind of amanuensis, and the words fall into perfect place of their own accord. Call it a compulsion.

As for practical suggestions, here are a few, most of them highly unoriginal:

-Spare us that bane of journalism, Fine Writing - capital F, capital W. Oh-so-fine writing seems a particular vice of the young writer, who tends to serve whipped-cream, cherry-on-top concoctions in place of simple prose, which of course isn't at all simple to produce.

-An old rule: When you think you've written some especially fine line, strike it. If you think it's Faulkner, it's probably not. Flannery O'Connor had the right idea: When the Dixie Limited comes roaring through, get off the track to a nice, safe siding. Leave the Faulknerian style to Faulkner; he could handle it.

-A better model for mere newspapermen is George Orwell, with his prose clear as a window pane. Describe, don't declaim. Show, don't tell. That way, the reader himself owns the meaning.

-Take risks. And get used to embarrassing yourself. Real writing is revealing. Safe writing is an oxymoron. If it's safe, it's just typing. Every idea, as Oliver Wendell Holmes said, is an incitement. Often enough against its writer.

-Get the meaning right and the sound will take care of itself. (Lewis Carroll)

-Whenever a writer starts talking about technique, you know he's fresh out of ideas. (Raymond Carver)

-"Love creative work; do not seek dominance over others; and avoid intimacy with the ruling authorities." That three-fold injunction from the Talmud, intended to guide interpreters of the Law, makes an equally good guide for journalists.

-A good editorial is one that says something everybody knows but nobody has said before. (William Allen White of the Emporia Gazette.)

-Edit, edit, edit. Then re-edit. Most of the time - just about almost all the time - good writing is rewriting.

-The secret ingredient of good writing is time, or at least the illusion of it. The first sign that a piece will come out all right is when the writer loses all track of time.

-Take a tip from the Shakers: Approach this job as if you had all the time in the world, and as if the work had to be finished today. A deliberate urgency is the aim. It's called concentration.

Enough. I used to think I could teach anybody to write before I taught a course in writing. Never again.

Yes, the techniques can be taught, but the writing can only be evoked. Nobody can teach another how to write, any more than a coach can teach an athlete how to excel. The coach may be able to offer some useful tips and explain the rules, that's all. A writer who can't teach himself by reading others has deprived himself of the best education.

All these are such good suggestions that I may consider taking them myself someday. Giving good advice is easy; following it is the hard part.

A final plea to prospective writers: If you really hate the actual writing, if you would much rather be a writer than write, if you can't stand having to search out just the right word or form or metaphor, if you see no point in going through a piece and taking out all the commas before re-reading it and putting them all back in, if you've never been grateful to an editor for raising a question, if you don't sense any magic or mystery in this writing business then don't try and try again. Give up. You may not be a writer.

Flannery O'Connor gets the final word - as usual. Once asked if she didn't think universities were stifling a lot of young writers, she replied: "My opinion is that they don't stifle enough of them."