The Newest Nixon: The Comeback Ghost 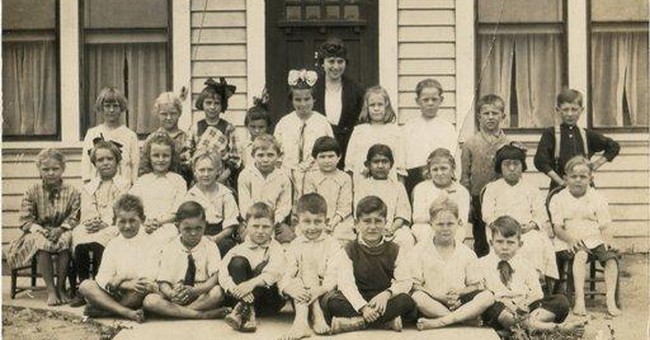 "Tell him the truth, Loretta, they find out anyway."
- Cosmo Castorini's advice to his daughter in the final scene of the movie, "Moonstruck"

Americans of a certain age will remember the procession of New Nixons that once marked American politics. Richard Nixon, it turns out, was the original Comeback Kid. He was about to be dropped as the Republican vice-presidential candidate in 1952 because of an overrated and now forgotten scandal (the Nixon Fund) but just about forced Ike to keep him on the ticket by delivering a televised appeal that shamelessly exploited every red-blooded American's love for man's best friend (the Checkers Speech).

Anybody who could outmaneuver Dwight Eisenhower - a savvy general staff officer who as Allied commander in Europe had managed the likes of Patton, Montgomery and De Gaulle in his time, and who as a politician had mastered the art of only looking simple - surely deserved the sobriquet Tricky Dick.

Having lost a razor-close election for president in 1960 to John F. Kennedy, Nixon was then decisively defeated when he ran for governor of California two years later. What a comedown. After that, even Richard Nixon must have thought Richard Nixon's political career was over. ("You won't have Nixon to kick around any more, because, gentlemen, this is my last press conference.")

But by 1968, Nixon had become the Comeback Middle-Aged Man. He would be elected president that year over Hubert Humphrey by a hair.

Then came the whole agglomeration of White House follies, scandals and crimes collectively known as Watergate, and in 1974 Richard Milhous Nixon would became the only president of the United States ever forced to resign that high office in utter and deserved disgrace.

At the time surely no one could have envisioned Richard Nixon's making still another comeback - except Richard Nixon, who by dint of sheer persistence proceeded to transform himself yet again, this time into a respected foreign-policy guru. Call him the Comeback Geezer.

When he died in 1994, Richard Nixon would be given a state funeral attended by five presidents and their first ladies. In his funeral oration, the wry,quirky but insightful Bob Dole would declare: "I believe the second half of the 20th century will be known as the Age of Nixon." His words now begin to sound prophetic. Maybe because every time Richard Nixon looked finished, he was just starting all over again.

This week even Nixon's presidential library staged a comeback. There was a time when the Nixon Library at Yorba Linda, Calif., was the only presidential library in the country denied presidential papers. And rightly so. Its namesake simply couldn't be trusted with historical evidence.(Remember the 18 1/2-minute gap on the White House tapes?) The library's exhibits were laughably one-sided and nary a discouraging word about Nixon was allowed under its roof. The result: Like the man it honored, his library would be treated as a pariah.

But last Wednesday, after almost 17 years outside the official system, the Nixon Library became part of the National Archives. One of the first acts of its new director, appointed last year, was to dismantle its exhibit on Watergate, which dismissed that whole cancerous mass of scandals and worse as a conspiracy on the part of Richard Nixon's enemies.

Now the Nixon Library is less a shrine and more a real library. Some 78,000 Nixon papers - plus 11 1/2 hours of audio tape - are being made available to the public, and some of us are actually looking forward to hearing that familiar, hollow basso profundo voice again.

At long last we're all invited to pay attention to that man behind the curtain, and once again we're fascinated. Call him the Comeback Ghost this time. He's now become a star of opera ("Nixon in China"), of stage and screen ("Nixon/Frost"), the subject of a string of new books (like"Kissinger and Nixon" by Robert Dallek) and some juicy excerpts from his tapes should be on the airwaves soon. Nixon mania is back.

No wonder we're fascinated. There was always something about the man - those beady eyes and hunched shoulders, the air he had of someone always conspiring against himself - that was both compelling and repellent,unnatural and all too human. In that respect, he was almost a Shakespearean character - an Iago, a Shylock, a Richard III - capable of changing overtime as the times and generations changed. Passions faded, sympathies expanded, and the ardent cry for justice gave way to simple, quiet mercy.

Even when disgraced in fortune and men's eyes, Nixon's resilience evoked admiration, and his self-betrayal - by his own pride and paranoia and pretenses - now prompts a strange and unfamiliar feeling: compassion for a politician.

Those of us who had nothing but contempt for the man when he was being exposed as a fraud now feel stirrings of pity. Even now we may not be able to forgive and we can't forget, but a certain sorrow has supplanted the old anger.

Recognition dawns: Richard M. Nixon might actually have been a fellow human being. We begin to feel sorry for him as we might for our own wretched selves.

And surprising thoughts begin to occur. For example: In an age that celebrated intellectuals - the best and the brightest and all that -unfashionable, ungainly Richard Nixon may have been the true intellectual,willing to follow ideas right out the window (a guaranteed annual income untied to work, wage-and-price-controls, detente) or maybe on to glory (the Opening to China), while the Kennedy-Camelot circle mainly postured. Its specialty was words, words, words, while Nixon actually acted on his.

It's not just the place of Nixon in history but in historiography, the history of history, that fascinates. There is much that another presidential library, the one here in Arkansas, might learn from the repeated rises and falls of Richard Nixon and his library in the country's historical consciousness. Perhaps the most important lesson is the futility of trying to prettify the past or any president's place in it. Each generation will make its own judgments, and only candid, complete disclosure may earn respect.

Tricky Dick, Slick Willie, they had some things in common. And those things might as well be faced, uncomfortable as the parallels might make defenders of both. But if the Nixon Library could finally throw out its ridiculously partisan version of Watergate, surely the Clinton Library can rethink its impeachment exhibit, and stop depicting L'Affaire Lewinsky and all that followed from it as just a right-wing conspiracy impure and simple.

If the Clinton Library cleaned up its act, and began to offer a reasonable facsimile of the past, its historical standards might rise to those finally embraced by an institution dedicated to the memory of Richard Nixon.