Shoptalk: A Case of Split Personality 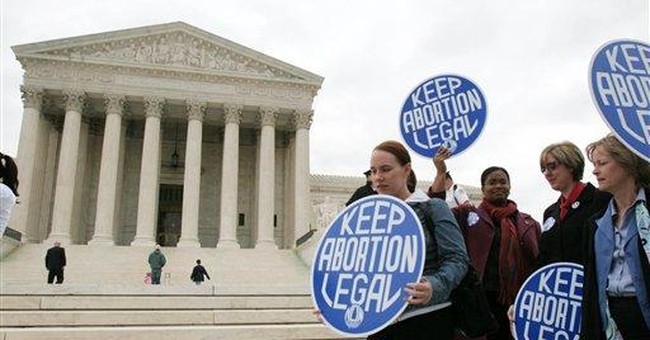 It was wholly a pleasure to hear from a fellow editorial writer, for we have so much in common. Or to put it another way, misery loves company.

But in your case I sense not misery but genuine pride in having produced these two diametrically opposed opinion pieces you've shared with me: The first, an editorial you wrote, favors generally requiring parental consent before a minor child can have an abortion. In the second, your signed column, you're against the idea.

It's like hearing from Dr. Jekyll and Mr. Hyde on the same subject. Just which is which need not concern us in this context. Readers will doubtlessly have their own strong views on the matter. What impresses is your ability to play both roles. You're nothing if not flexible.

How can you justify taking both positions? Here's how you do it: "Editorial writers are not called on to write their own opinions; what they write is not only the consensus of the (editorial) board, but the position of the paper. And it is a wonderful exercise for an editorial writer to argue the other point of view in print, which most of us have to do at some point."

Not me, sister. Maybe because I've been lucky enough to work for a higher class of publishers. The kind who realize you don't ask writers to express opinions they don't share. It's not good for the conscience. Or the digestion.

You disagree: "My column is signed; the editorial is the opinion of the paper. My job is to deftly express that opinions."

So what do you call that, writing or just taking dictation? How would you describe your job - hired gun? Team player? The kind of salesman who'll market any product, even one he'd refuse to buy himself? Have you confused the job description of an editorial writer with that of a sophist?

Our discussion brings to mind the story about the old boy who needed a job teaching science at a little country school - needed it bad. When he was interviewed by the school board, he was asked whether he believed in the Flat Earth Theory or that the Earth was round. After a moment of sincere reflection, or at least calculation, he responded. "I can go either way," he said.

You object to my describing what you've done as taking dictation. Yet in your signed column, you say you "had to write an editorial that flew in the face of everything that I believe." If that isn't taking dictation, what is?

And what's this about your having to write that editorial? Was anybody holding a gun to your head? Surely you could have found somebody on the staff willing to express the paper's point of view -sincerely.

Your column of course was much more powerful than your editorial, perhaps because you believed what you were writing. And writing the column did give you the last word in the debate. You the columnist, that is, rather than you the editorial writer.

Or did you intend to come back at some point and write an editorial refuting yourself? It can be a confusing thing, the divided self. The editorial writer/columnist arguing with himself could be a character in some theater of the absurd. Or rather two characters.

On reading the editorial you wrote on the subject, I can see why you didn't buy your argument. It's a dry, legalistic defense of parental rights - rather than a heartfelt case for why a mother or father should be told if their teenage daughter is about to abort their grandchild. As a father, and grandfather, I know how I would feel about the matter.

The heart has its own reasons, and to leave them out of an editorial, especially an editorial about a matter of life and death, is to produce a pallid, lifeless thing - the letter without the spirit. To write such an editorial is not just as disservice to your paper and your readers, but to the cause you're ostensibly defending. How write a persuasive editorial if you're not persuaded by what you're saying? The falsity will come through.

This double game you're playing may seem a small matter in these loose-and-easy times, but the proposition you've embraced - that we can present both sides of a moral issue with separate but equal competence -troubles. Some of us find it hard enough to express just one opinion to the best of our ability, let alone two contending ones. Besides, your neatly bifurcated approach to writing opinion just about guarantees that you're going to be wrong half the time.