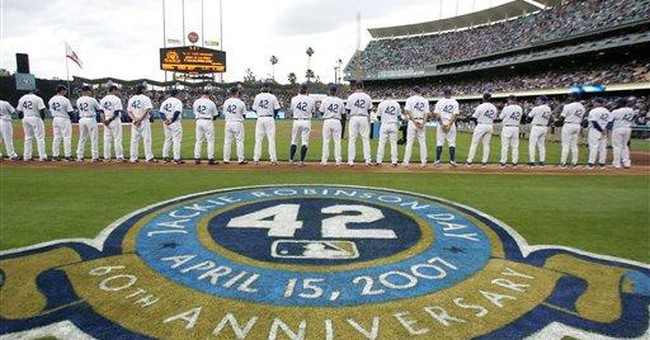 For a baseball fan, it's been said, there's life and there's the off-season. Life returned to these parts Thursday evening when the Arkansas Travelers of the Texas League played their first game in their new little jewel of a minor league ballpark.

The fan found a place to park on the street and thought: Why, parking wasn't going to be the problem everybody had said it would be. He soon realized he'd dressed too warmly, paused to slip out of the thick sweater he'd worn, and tied it around his waist.

It was a short stroll to the ballpark's redbrick entrance and into this brand new past, for there is something of the old about a baseball park even when it's new. Maybe it's the elegiac nature of the game-a pastoral sport in the midst of an urban society.

The park was full of familiar faces, and the fan took particular pleasure in the very old and very young ones. They were a testament to continuity, to tradition passed on from generation to generation.

It struck him that that the new park would never be as neat and clean as it was now on this first night of the Travs' first home stand at their new address. Then he took in the green, green field and, unprepared as always for that first sweeping view of the diamond, he was caught unawares by the new yet familiar, exhilarating yet comforting rush he always felt on entering a ballpark. Every fan knows that moment. There's something special about it. Each time is the first time.

So this, he thought, is Dickey-Stephens Park in North Little Rock, Ark.

Everything had changed from the Travs' old home, Ray Winder Field across the river, which was dark tonight. And yet nothing had changed. The old had simply slipped into a fresh new uniform.

Everything had been replaced, made new and spacious, buffed and shined. Yet the essence of it all hadn't changed since he'd seen his very first ball game. Everything was still green promise out there, fresh as spring.

At that moment all the games he'd ever seen became one game, and all the towns one town, and all the hits, runs and errors just the strokes of one metronome ticking off the passage of time, which now slowed to a stately promenade. He walked around the periphery of the field as if through a recurring dream he'd had since childhood, and that always comforted.

It wasn't the beer and the hot dog, it wasn't even the combination of long-ago memories and bright new surroundings, that sent his mind reeling. It wasn't the accouterments and atmospherics, or even the blanket of good feeling hanging over the crowd like a great tent. It was the game itself.

Not for the first time, the thought rose unbidden in his mind, the words forming of themselves, as they had for so many others in the past, and, please, Lord, for so many to come:

It's still daylight when the game begins, and the sun sparkles off the field. The geometric pattern of the diamond mesmerizes, with its perfect pentagon of a home plate anchoring all the other intersecting lines that spread out to . . . infinity.

From the third-base line, the view of Little Rock's skyline across the Arkansas River, bordered by the latticework of the old Broadway Bridge, has the poignant feel of an Edward Hopper cityscape in the slowly fading sunlight.

Few things make the transient so palpable as a baseball game, especially as the sun sets and night comes on. The shadows lengthen until you realize at some moment, which always catches you off guard, that night has come.

When, exactly, had the lights come on, the sky grown dark, this chill set in? He hadn't noticed. All had changed. And nothing had. The game went on, even as he left. He had a deadline to meet back at the newspaper.

On the way out of the stadium into the night, he remembered the sweater tied around his waist, and slipped into it. It felt good. He glanced over his shoulder back at the new park. It was still full of light. But across the dark river, other lights beckoned. He was expected over there.

Oh, yes, a ball game was also played. The final score, if it matters, was the Arkansas Travelers 5, the Frisco RoughRiders 6-despite the Travs' valiant rally in the ninth, which they'd gone into down 6 to 1. That's the thing about baseball, he thought: You never can tell.

Then he thought again. No, the thing about baseball, he decided, is that it takes you out of yourself. Anything able to do that is worth loving.