On being a key opinion leader 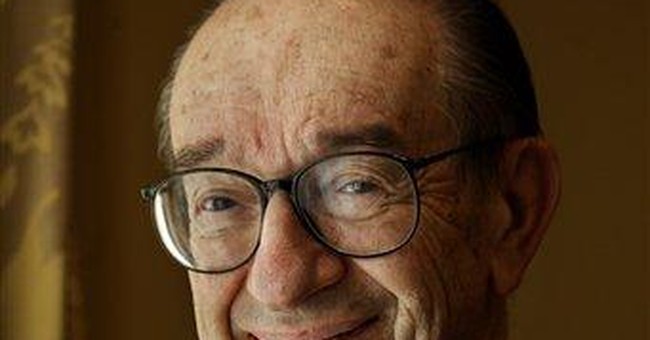 It was wholly a pleasure to receive your nice letter but, as we say down here in the South, oy, have you got the wrong number.

While it was flattering to be informed that I was on your list of "our nation's key opinion leaders at this critical juncture of world affairs," it would be difficult for me to answer your questions, i.e., spout off, without feeling that I was doing so under false pretenses. Especially when you tell me you're "seeking input from professionals with substantive knowledge of foreign trade and globalization."

I'd like to help, I really would, but on me you shouldn't count. I'm the kind of Key Opinion Leader who never can remember the difference between GNP and GDP. Also, please don't ask me to translate anything Alan Greenspan ever said about the economy into plain English. I was never able to distinguish his reservations from his assertions, if he was actually making any. With him, there were so many trees, you couldn't even be sure there was a forest there.

As for asking a whole range of Professionals With Substantive Knowledge of Foreign Trade and Globalization for guidance, there's something about a great mass of expert opinion that doesn't inspire confidence but suspicion. There is a herd instinct among experts, too, and I'd watch out for stampedes.

A man could get trampled that way.

All I really know about business is what my daddy taught me - commerce is friendship. (He was a retailer.) That is, until the deal goes bad, and then, especially in this age, commerce is litigation.

It sounds to me like you're looking for someone more along the lines of the New York Times' Paul Krugman; he's been predicting a recession for years now, and he's bound to get it right someday. Like a busted clock that's tells the right time a couple of times a day. After the stock market's Great Big Hiccup not long ago, he must be jubilant. Me, I think now's about the time to buy. The price is getting right.

It does pain me to turn down the $150 fee - excuse me, honorarium - for the mere half-hour that your Director of Qualitative Services assures me the interview would take.

But I wouldn't be at ease offering the kind of easy answers I see on the wire from our nation's key opinion leaders at this critical juncture. My conscience would trouble me if folks put any stock in my forecasts, let alone cash or promissory notes.

On the other hand, if the honorarium were, say, $10,000, a dinner for two at Galatoire's, and a bottle of good, peaty single-malt from the Isle of Islay well, conscience can be an equivocal thing.

Anyway, how sound can advice be that's worth only $300 an hour? Don't high-powered Washington lawyers charge a lot more than that these inflated days? And once you need that kind of advice, you're already facing ruination. Ask Scooter Libby, Bill Clinton and other such key opinion leaders, acquitted or not.

Besides, I'm more comfortable being the interviewer than the interviewee. It affords less opportunity for embarrassing pomp, although having watched some interviewers on TV - the kind whose questions are really highly opinionated answers - I'm not even sure about that.

Tell you what, though, if you could persuade C-SPAN's Brian Lamb, to put your questions to me, I might pay you$150. He's my ideal of a perfectly neutral, direct, well-informed interviewer.

Because when Mr. Lamb starts questioning some author about his book, you can be sure he's actually read the book. Having once been put through a book tour myself, I strongly suspect he's the exception among interviewers. Heck, he knew more about my book than I did. Being questioned by Brian Lamb made the whole, exhausting tour worth it. Well, almost.

I do appreciate the nice offer. But no, thanks anyway. I'm more comfortable making predictions about the past than the future. The rear-view mirror offers a clearer view.

Then again, explaining the past isn't all that simple, either. Ask any historian. If you think Opinion Leaders can take each other apart over where we're heading, just attend a forum of historians with differing views about where we've been.

Predicting the future is a snap compared to understanding the past. Especially in these latitudes where, as Mr. Faulkner famously noted, it's not even past yet.