The madness of crowds 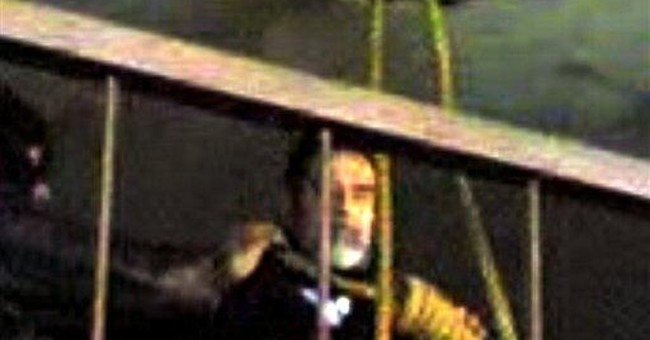 There has always been something indecent about the revenge a mob takes on a tyrant once it is safe to do so.

The squalid scene was replayed last week. There was the air of expectation as Saddam Hussein, now a dead man walking, approached the gallows. The celebrations were about to begin in Baghdad, Basra and throughout Iraq's Shi'ite belt. Iraqi exiles the world over had already begun to party.

When the death watch was finally concluded and the news came, it was followed by cheers and the customary bursts of submachine fire on festive occasions in those latitudes.

Such scenes are scarcely confined to the Middle East. How little history, and bloodlust, change. Think of the drawing and quartering of Cromwell's decayed corpse, or the drunken impulse to dance on Hitler's grave if only one could find it. A long line of such images burn in the mind:

-The head of Charles I being waved to the madding crowd after he had gone to "where no disturbance can be."

-Sir Thomas More tipping his executioner for doing him this last service. Sir Thomas was a properly reluctant saint, loving life and hiding in the thickets of English law as long as he could put off his fatal confrontation with the Crown - and the man was no mean lawyer. In the end he chose to save his soul rather than his head. But always the gentleman, he would leave this world without shorting the help.

-Somewhere in the archives there are still those grainy photographs of the bullet-riddled bodies of Mussolini and little Clara Petacci hung upside down from a post in Milan for the edification and spittle of the crowd. Only a few years before the crowd had been cheering Il Duce whenever he would jut his jaw.

For the Crowd is more than a collection of people; it has a mindless life cycle of its own, like some primitive unicellular excretion that surrounds its prey with adulation, then devours it.

Only later will the historians try to make sense of it all - with uneven results.

Scholars yet unborn doubtless will write still more biographies of figures like Cromwell and Thomas More; their kind will fascinate as long as history does. Charles I will remain in his exceptional place in English history, that continuing thesis against revolution, and Mussolini may rate another monograph or two.

(Let us pray that the absence of political executions from American annals, marked as they regularly are by the peaceful exchange of power, will continue to distinguish this republic, as opposed to a People's Republic.)

No historian may ever be able to unwrap the mystery of how a Hitler could have driven a whole nation mad - at the time probably the most advanced industrial nation in the world. But curious scholars will keep trying to explain it.

As for the late Saddam Hussein, it's hard to imagine how a biography of him would differ much from that of any other Middle Eastern despot. His kind is as common in those fatal latitudes as thieves in Baghdad, or sand fleas in the surrounding desert.

His was the story of one more thug who once could do away with friends and associates - even family - once he tired of them. He might have them executed in the most gruesome ways as an example to others. No one but his own still fanatical followers will waste tears on Saddam Hussein, or vow revenge for his more than deserved death.

However welcome justice may be, let there be no celebrating such an end.

How can we celebrate the death of any man, we who are mortal ourselves? Rather let us mourn others - the innocent victims of this never-ending war blown apart in some marketplace we will never hear of, or the young Pfc. from some wide place in the road who responded when his country called and gave it whatever he had. Like so many who have sacrificed so that the rest of us might breathe free - and see the light of the next dawn unafraid. And take it as our due, never noticing the price.

Lest we forget, there's still a war on, its outcome by no means sure. Our fighting men and women are well aware of that, whether they are in Iraq or Afghanistan or waiting to go there. This country has more pressing business right now than cheering the end of a tyrant who no longer matters, and who hasn't mattered for some time. For in war, as an American general named MacArthur said, there is no substitute for victory - and that includes jubilation.