Social Conservatives are “Mad as Hell” 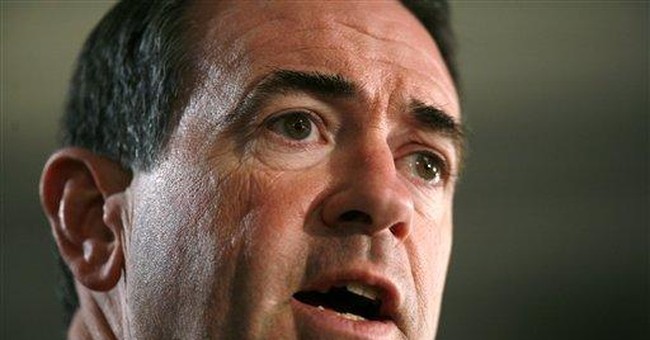 Since about the time the Moral Majority coalesced in the late 1970s and early 1980s, the Republican establishment has welcomed social conservatives to help get their candidates elected so long as they let their concern for moral issues take a back seat to fiscal policies. The leaders of the pro-family movement have always been more than willing to comply with the demands of the Wall Street insiders just to keep their place at the table. If the unity of this social-fiscal conservative coalition ever fractured, social conservatives bore the brunt of the blame.

And so it goes in the present race for the Republican presidential nomination. The Republican establishment has once again told social conservatives to suck it up and accept Giuliani as the de facto nominee in spite of their reservations about his record on abortion and the homosexual agenda to redefine marriage. Why? Because Rudy has the fiscal credentials. And, right on cue, a number of leaders of the pro-family movement complied, vis-à-vis Pat Robertson.

But just as their leaders were turning left, the rank and file of family values voters turned right, falling in behind Mike Huckabee, much to the chagrin of fiscal conservatives.

Cue Romney—the fiscal conservatives’ alternative to Giuliani. The idea seemed to be to convince the social conservatives that Romney was one of them, only much more refined than that “country bumpkin” Huckabee. The plan went something like this: have Romney deliver a major speech about his faith under the guise of being persecuted because of his faith (even though 80 percent of potential Republican primary voters polled said Romney’s faith was not an issue for them), and then if anyone questioned his faith, accuse them of being a bigot. Further, have Romney stretch the truth about seeing his father “marching with Martin Luther King,” as an appeal to the African-American values voter, and then when the record indicates George Romney never marched with MLK, explain it all away by saying the candidate was speaking “figuratively.” This strategy was supposed to lure the drifting rank and file back into lock-step.

There was just one problem with this plan. Social conservatives looked at Romney’s record on social issues and discovered he was “effectively pro-choice” throughout his political career just as he told Tim Russert on a recent edition of Meet the Press. Romney, it turns out, looks like a Giuliani in sheep’s clothing.

“But wait! Romney is a changed man,” you say. We’re all for death-bed repentance, but social conservatives rightly question whether a man who has exerted all of his political energies his entire political life for socially liberal causes can be trusted to appoint justices who will be strict constructionists.

Thus, the Huckasurge. Having been told for 30 years to sit quietly, ”take one for the team,” and let the fiscal issues take precedent, social conservatives are mad as hell and aren’t taking it anymore. There is a grassroots revolt taking place among the rank and file of social conservatives that has found its voice in Mike Huckabee, leaving the leadership of the pro-family movement wondering where their influence has gone.

Huckabee is not the fiscal conservative the Republican establishment would like. Horror of horrors, he has actually advocated using tax dollars to help the poor. Huckabee, it seems, actually applied what the Gospels say about our responsibility to the poor and suffering to tax policy in Arkansas. On issues like HIV/AIDS, the plight of the inner city poor, and education, Huckabee’s positions are admittedly more center left than center right. And while he believes in securing the border, Huckabee reminds us that there is lady standing in New York Harbor with a torch raised high beckoning ”your tired, your poor, your huddled masses yearning to breathe free” to come here, to the land of the free. Can we fault them when they actually do?

The Republican establishment has looked down its nose at social conservatives far too long, tolerating us because they need our votes. But now the tables are turned. The grass roots are looking up at the establishment with the will of a Lech Walesa, demanding that fiscal issues take a back seat to moral issues for a change. It’s long past time for the moral and social issues of our times to be given more than just lip service. It’s now time for our fiscal policies to be informed by our social policies rather than sacrificing our morality to our economic standing in the world.

Don’t expect the Republican establishment to take this lying down. The New Media tanks are already rolling in to suppress the revolt.