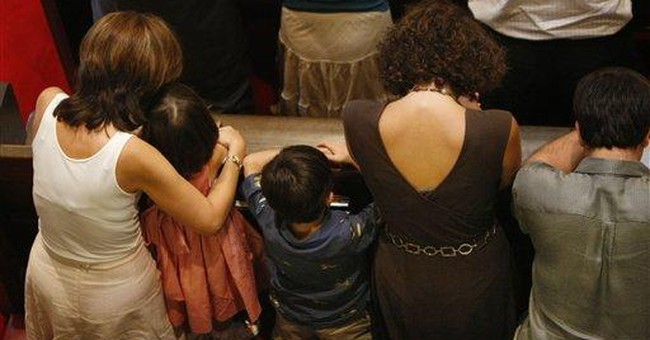 The mainstream media wants you to believe that a conservative evangelical church deep in the Bible belt has refused to bury a Gulf War veteran because he was gay. Some in the Christian media want you to believe that the church hasn’t shown the love of Jesus to a dead man’s family. Neither charge is anywhere near the truth.

Here are the facts. High Point Church, a non-denominational church in Arlington, Texas, had been praying for Cecil Sinclair after Cecil’s brother Lee (the only member of the Sinclair family who was a member of the church) requested prayer for his brother who had been awaiting a heart transplant.

Cecil was not a member of High Point Church, yet this church selflessly and sacrificially ministered to his family in the wake of his death, preparing and delivering food for the family and one hundred relatives and friends, along with many other expressions of kindness. The church offered to produce a video retrospective of Mr. Sinclair’s life for use during the memorial service. When the family provided the pictures to the church it was then that the church learned of their intention to make the memorial service a celebration of Cecil Sinclair’s gay lifestyle. According to a statement on the High Point Church Web site, one of the photos provided by the family showed a man touching another man inappropriately, along with other unsuitable photos.

Contrary to the mainstream media reports, High Point Church did not refuse to host the funeral of a gay man. The church refused on biblical principle to allow a celebration of the homosexual lifestyle in its sanctuary, a decision most theologically sound churches would make under similar circumstances.

It’s not surprising that the mainstream media would misrepresent the facts. But the response of some in Christian media has been even more disappointing. High Point Church and its leaders are being accused by Christians of not showing love to the family by not hosting a celebration of Cecil Sinclair’s gay lifestyle. I suppose visiting Cecil in the hospital, sitting with his family after he died, preparing meals for the family, paying the rent on an alternative venue and producing an appropriate memorial video don’t qualify as “showing love” to the family.

Other critics of High Point Church are calling it a “missed opportunity” for the church to reach out to the gay community. Still others have suggested that, because homosexuality is a sin like any other sin, the church’s decision not to host a gay man’s memorial would prohibit it from holding memorial services for anyone because, after all, we are all sinners.

These people are missing the point. The church did not refuse to host the memorial service because Cecil Sinclair was gay. They refused to host the memorial service because the family was turning it into a celebration of the man’s sin—his homosexual lifestyle. Churches and ministers bury sinners every day. But we don’t highlight their sin on the big screen while we’re doing it. We exalt Christ. We proclaim the gospel. And we celebrate the triumph of the cross over sin and death—none of which the family had in mind for Cecil Sinclair’s memorial service.

High Point Church’s principled and biblical decision was the right one, evidenced not only by just how unpopular it is with the mainstream media, but also by the knee-jerk and ill-informed response of today’s culturally-savvy, but often biblically illiterate Christians.