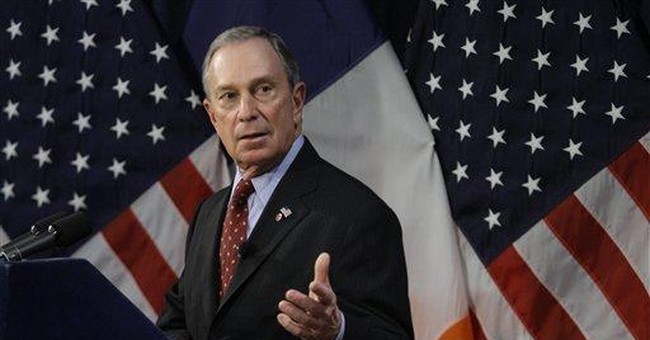 “Don’t let the bedbugs bite” is no longer a fashionable good-night wish for Big Apple kids, even in the city’s high-rent districts and posh hotels. Growing infestations of the ravenous bloodsuckers have New Yorkers annoyed, anguished, angry about officialdom’s inadequate responses, and “itching” for answers.

Instead, their Bedbug Advisory Board recommends a bedbug team and educational website. Residents, it advises, should monitor and report infestations. Use blowdryers to flush out (maybe 5% of) the bugs, then sweep them into a plastic bag and dispose properly. Throw away (thousands of dollars worth of) infested clothing, bedding, carpeting and furniture.

Hire (expensive) professionals who (may) have insecticides that (may) eradicate the pests – and hope you don’t get scammed. Don’t use “risky” pesticides yourself. Follow guideline for donating potentially infested furnishings, and be wary of bedbug risks from donated furniture and mattresses.

New Yorkers want real solutions, including affordable insecticides that work. Fear and loathing, from decades of chemophobic indoctrination, are slowly giving way to a healthy renewed recognition that the risk of not using chemicals can be greater than the risk of using them (carefully). Eco-myths are being replaced with more informed discussions about alleged effects of DDT and other pesticides on humans and wildlife.

Thankfully, bedbugs have not been linked to disease – except sometimes severe emotional distress associated with obstinate infestations, incessant itching, and pathetic “proactive” advice, rules and “solutions” right out of Saturday Night Live.

It is hellish for people who must live with bedbugs, and can't afford professional eradication like what Hilton Hotels or Mayor Bloomberg might hire. But imagine what it’s like for two billion people who live 24/7/365 with insects that definitely are responsible for disease: malarial mosquitoes.

Malaria infects over 300 million people annually. For weeks or months on end, it renders them unable to work, attend school or care for their families – and far more susceptible to death from tuberculosis, dysentery, HIV/AIDS, malnutrition and other diseases that still stalk their impoverished lands.

This vicious disease causes low birth weights in babies and leaves millions permanently brain-damaged. It kills over a million annually, most of them children and mothers, the vast majority of them in Africa. It drains families’ meager savings, and magnifies and perpetuates the region’s endemic poverty.

Emotional distress? Imagine the stress that comes from having no escape from destitution and disease; having to support a child with a perpetual ten-year-old’s mental functions; burying your baby, wife or sibling; or wondering whether you can walk twenty miles to a clinic, before the child you are carrying dies, and whether the clinic will have (non-counterfeit) medicine to cure her.

Frustration over absurd bedbug “solutions”? Imagine the reaction Africans must have to “malaria no more” campaigns that claim they will (eventually) eradicate the disease solely with insecticide-treated bed nets, drugs, “capacity building,” education and (maybe someday) mosquitoes genetically engineered not to carry malaria parasites. As to insecticide spraying, and especially DDT – fuggetaboutit.

DDT is the most powerful, effective, long-lasting mosquito repellant ever invented. Spraying the eaves and inside walls of mud huts and cinderblock homes every six months keeps 80% of the flying killers from entering. It irritates most that do enter, so they leave without biting, and kills any that land. However, many aid agencies refuse to encourage, endorse or fund spraying.

Many don’t even want to monitor mosquito and malaria outbreaks, or determine actual success in reducing disease and death rates. That would be more difficult and expensive than counting the number of bed nets distributed, and underscore the embarrassing reality that their “comprehensive” (and politically correct) insecticide-free programs achieve only 20-40% reductions in morbidity and mortality. By contrast, as South Africa and other countries have demonstrated, adding insecticides and DDT can bring 95% success.

We would never consider 20-40% fewer deaths a “success” for American children. Why should Africa?

Since EPA banned DDT in 1972 – after the United States and Europe had eradicated malaria – billions have been stricken by the vicious diseases, and tens of millions have died. That is intolerable.

We need adult supervision and informed debate on pesticide policies, laws and regulations. We can no longer leave those decisions to unaccountable anti-chemical activists in pressure groups and government agencies. These zealots are making decisions that determine the quality of life for millions of Americans, especially poor families – and life itself for billions of malaria-threatened people worldwide.

If not for the economic and mental health of Americans afflicted by bedbugs – support responsible, ethical policies for Africa’s sick, brain-damaged, and dying parents and children.