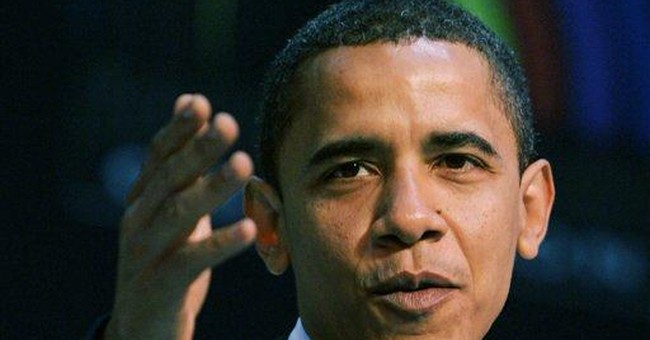 Last week, a SurveyUSA/WBZ poll out of Boston caused a minor earthquake in the Massachusetts political universe. The race to replace liberal Congressman Marty Meehan was supposed to be a sleepy affair leading to a walk-in-the-park victory for Democrat Niki Tsongas, the well-known wife of the late Senator Paul Tsongas. So it came as quite a surprise when the poll showed Republican Jim Ogonowski, a farmer and veteran from the Merrimack Valley, within 10 points of Tsongas. Tsongas polled just 51 percent to Ogonowski's 41 percent.

In any political environment, a win by Ogonowski on October 16th would be considered a stunning upset. Massachusetts has not sent a Republican to Congress in more than a decade. And though the district is relatively conservative by Massachusetts standards (if the Bay State ever sends a Republican to Washington, it will happen first here), Ogonowski had not been given much of a shot by the political classes. With the fallout from Iraq and 2006 continuing to take its toll on Washington Republicans, a win or close call by Ogonowski would signal that the political winds are gusting against the 11% approval Democrat-controlled Congress.

Watch Ogonowki's first TV ad, and you'll see that this is no fluke. The man has as compelling a biography as any I've seen in politics: a 28-year veteran of the Air Force and Air National Guard, a family that goes back in the district over 100 years, and a connection to September 11th that first brought him to the attention of Massachusetts and the nation.

On that day, Jim's brother John Ogonowski was the pilot of hijacked American Airlines Flight 11. Jim Ogonowski would speak on national television that afternoon. After the tragedy, Ogonowski took over his brother's family farm, which he runs to this day. Today, Ogonowski says he's running in large part because of what changed that day.

Starting this week, a group of conservative bloggers are banding together to support Ogonowski'scome-from-behind bid. Using Rightroots, a grassroots fundraising site for Republicans (which I advise), we are calling the blogosphere's attention to the remarkable opportunity we have in Massachusetts' 5th district. Blog readers can support Ogonowski's candidacy with a contribution -- and if they live nearby, with their volunteer time. So far, 41 people have contributed a total of $2,007 (a propitious number) -- and we're aiming for 100 donors in the first week.

A look at the latest FEC numbers shows the critical importance of helping candidates like Ogonowski close the fundraising gap. Ogonowski has raised over $200,000 for his bid, and had $130,488 on hand at the end of the last reporting period. But Niki Tsongas had raised $1.2 million, spending over $700,000 in the primary, for a cash-on-hand total of $494,377. Despite Tsongas' massive 7-to-1 spending advantage, and a nearly 4-to-1 advantage in cash, Ogonowski has closed the gap to 10 points in a district that hasn't been represented by a Republican in 35 years. Republicans won't need to match Tsongas and her liberal Boston money dollar-for-dollar -- but we do need to be on guard to ensure that Ogonowski won't be obliterated by last-minute MoveOn style attacks. If you watch the TV ads, you'll see that Ogonowski has a compelling message -- and now he just needs the resources to get it across.

Democrats are already running scared. Bill Clinton is being sent on a rescue mission to help Tsongas's campaign on September 30th. And earlier in the month, eyebrows were raised by the Corner Office when Gov. Deval Patrick failed to invite Ogonowskito speak at the state's official remembrance of 9/11 -- which he has done on every anniversary since the attacks. Speaking in Ogonowski's place: the Democrat he is running to replace, Marty Meehan.

It should be noted that Ogonowski is not a perfect conservative. He didn't favor the initial overthrow of Saddam Hussein, though he opposes a precipitous withdrawal from Iraq -- the key question today. It's clear that if he were running for a Congressional seat in Idaho, or even Ohio, he would not be conservatives' first choice. He is not a perfect candidate -- but he is a very good one, and the best we will see out of Massachusetts. Ogonowski is exactly the kind of Republican we need to be building alliances with to throw Democrats off their game in the bluest of blue states. Most importantly, an Ogonowski upset would send a message about the failed Democrat-controlled Congress from sea to shining sea.

D.C. blogger Brian Faughnan put it best when he wrote this week:

And because it clearly leans Democrat, a win by Ogonowski would attract a lot of attention. With few other data points to look at, analysts would have to consider the possibility that a backlash has begun against the Democratic Congress -- and that Republican candidates could win in marginal -- even Democrat-leaning seats. That would improve recruiting and fundraising. In that sense, a win by Ogonowski would have an enormous effect.

Recall that before the GOP sweep in 1994, they won several elections in 1993 that indicated a backlash was developing against Bill Clinton. Christie Whitman won in New Jersey; Rudy Giuliani in New York; Ron Lucas won in Kentucky (in early 1994). These races led analysts to expect that 1994 was going to be a Republican year. That drove recruiting and fundraising, and led to what I consider a virtuous cycle.

Christie Whitman and Rudy Giuliani were not textbook conservatives when they won in 1993, but their victories sent a strong message that America was ready for change. Similarly, a strong showing by Ogonowski would signal that the GOP is alive and well heading into 2008, and that we can actually win in blue and swing districts with a change message.

Over the last few years, the netroots has poured a tremendous amount of time and attention into winning in red districts with 80%+ party line Democrats. They got their sea legs with two special election victories in 2004 (Stephanie Herseth in South Dakota and Ben Chandler in Kentucky). Last week, I wrote about the GOP's virtual surrender of Virginia to the Democrats. The lesson is clear: If they are going to fight in red states, we must fight in blue states. Why? Because you can only win by going on offense.

The Ogonowski race in MA-5 is a great chance for the GOP to go on offense again. It could signal a turning point for the party. And if things don't quite work out this time, there's always a certain lanky, French-speaking Senator who's up next year and sports a dismal 37% re-elect number.

Let's not let this opportunity pass by. Please do what you can.