The New Rules of Campaigning 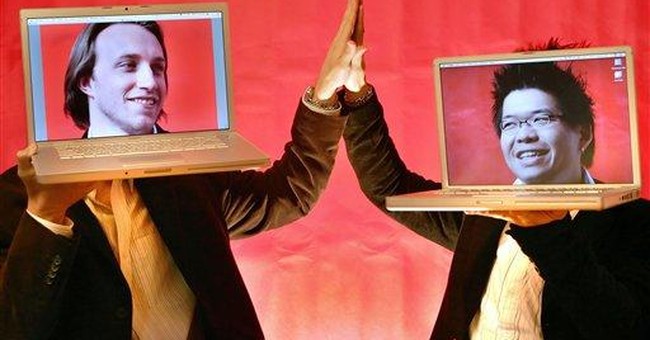 Something fundamental about the way we campaign changed this week.

Candidates no longer have a monopoly on campaigning. Citizens want in on the action too.

The raging controversy this week over the 1984 YouTube video: that jammed up Hillary Clinton is only the latest milestone in a growing trend. The apparent creator of this video -- Philip de Vellis, who worked for Sen. Obama's web consultants -- was anything but an ordinary citizen. In its provenance, the ad was tainted, but in its message, it rung true enough that it was viewed by more than 2 million people on YouTube, and was picked up by countless other media outlets. So, de Vellis was not just some political enthusiast hacking away in his basement. Rapid advances in video editing software make it a near-certainty that the next ParkRidge47 (de Vellis' YouTube handle) will be. Campaigns will have to be prepared for anything and everything these amateur content creators can throw at them.

And the thing here is this: None of this is fundamentally about the Internet. Sure, the technology makes it easier for citizens to act on ideas. But the blogosphere did not create a new market for political junkies. It just moved some of the political debates you had with your Uncle Sal to a more public online stage, where they are now part of a seamless conveyor belt of ideas that leads from the blogger's laptop to the evening news and back again.

There is nothing new or unnatural about this way of doing politics. The broadcast era was all about artificial limits imposed by imperfect, transitory technologies. Broadcast TV replaced door-to-door politics and civic involvement plummeted. Campaigns slashed budgets for canvassing and plowed their money into television.

Today, peer-to-peer politics is back with a vengeance. Except your local precinct is the entire country. It's politics as us junkies have always wanted it to be -- with no holds barred and no limits of geography or financial support.

It's scary to think about, but one kid can produce a YouTube video that changes the tenor of the campaign. And the only thing a candidate (and most importantly, their supporters) can do is to raise the volume. Make sure that the sheer scale of the activity on your behalf is louder and more compelling than the attacks against you.

Casualty number one of this growing new media trend is campaign finance reform. Philip de Vellis may not have been (in Web consultant David All's words: ) "some kid, in his apartment, on a Sunday, with some editing equipment." Regardless of the ad's origins, the fact remains that a few thousand dollars in equipment plus time-and-materials were leveraged into a national story with millions viscerally refreshing it on YouTube. And it was used to produce the kind of attachment to advertising we probably haven't seen since, well, the original 1984 ad.

It used to be that money alone dictated whether you got to the chance to produce a message like this. No longer. Thought paid advertising will always have its place, it will matter mostly on the margins, with campaigns using it to squeeze out that last, critical percentage point or two. Ninety percent or more of campaigns today are waged freestyle, whether that's through media coverage, on the Internet, or in peer-to-peer conversation.

Ever wonder why something as important as a Presidential election setting a course of the entire country can cost as little as $1 billion? (That's right, as little...) Because that's just the tip of the iceberg. The real value of all the volunteer effort and passion poured into Presidential politics is many times more than that. That's the way our politics has always been since riders mounted horses for Thomas Jefferson, and it's what makes our democracy tick. All the Internet does is make more of that activity visible 24-7. How do we wade through it all? By adding a layer of interestingness to it. The Web has a way of filtering what's interesting and what's not almost instantaneously. Chances are when you say "Oh yeah, this is good" to the latest viral video sensation, millions of others are doing exactly the same. The medium is binary and unforgiving.

There has been a lot of talk, particularly on the left, about the Internet enabling "community." I think there's something to do that, but the bigger story is how the net has empowered individuals. It's the individual who produces the YouTube video, who slaves over code late at night, who generates the paradigm-shifting ideas that new communities are built around. Groups of individuals are remarkably adept at "post-filtering" ideas, sifting the good from the bad. But the Web depends on the effort of rugged individuals to generate those ideas. And those ideas are no longer ignored just because they don't fit into a predefined media frame.

No matter what your perspective, that's a great thing for democracy.