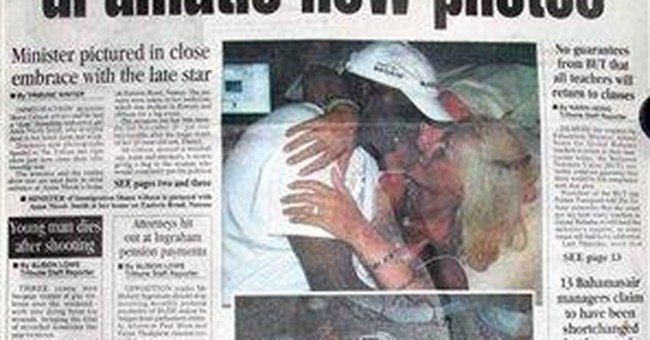 Will print newspapers even exist twenty years from now? Judging by the pile of newspapers that stack up in my recycling bin in mint condition each week, the odds can't be good.

Slowly but surely, the marketplace is coming to be dominated by a rising generation unaccustomed to the touch of newsprint at their fingerprints. It's not just that everything is moving to the Web. It's that the notion of broadcasting to the masses is dying. The audience used to passively consume content; now they're information hunter-gatherers, cobbling together a customized diet of information from the Web and their TiVo. To succeed in this environment, your media has to be interesting every time out or the viewer will time-shift to something else. That's different than the days when your name had to be Dan, Peter, or Tom, and the 6:30 time slot was your megaphone.

Blogs and personal media outlets from YouTube to MySpace are breaking from under the yoke of mass media. And the new medium is versatile enough that old media isn't always the loser -- more often than not, it's mainstream news clips us political junkies like to pass around. The difference is that MSM content is being passed around in 2-minute increments, not tidily packaged 42-minute programming blocs. And there's just as much "juice" in that audience of 10,000 that watches the clip on YouTube as there is in the 300,000 who watched in on TV. Why? Because those 10,000 are invested enough to seek out the clip and make sure it's remembered; for most of the 300,000, it's just background noise.

In the new media world, you don't need big numbers so much as you need to generate passion and interest with the right audience. An old adage seems adept: "Sure, I have just one reader, but he's the President of the United States."

This is teaching media outlets both old and new to stop worrying and embracing niche audiences. The web site you're reading now is proof of it. Townhall can be called the homepage of American conservatism, but it makes no pretense to be all things to all people, as do the homepages of the New York Times and Washington Post. And an interesting experiment now underway in Washington will prove whether or not the new media boat is sturdy enough to fit some of the heavy hitters from the old.

About a week ago, John Harris, editor-in-chief of The Politico, appeared on Hugh Hewitt's show. He made two points that stuck out at me. The first: The Politico is not going after every reader -- and they know that. Recognizing that general interest media is waning (represented by broadcast TV and print newspapers), the Politico is aggregating an audience of political junkies all across America. As we all know, that wasn't possible before the Internet, when the only outlet for people like us was late night C-SPAN. What's significant is an element of the old-line MSM is rearranging itself accordingly. Niche media is now king.

The second point is equally significant: the Politico is branding itself as multimedia and leading with the Web. It's a newspaper second. They know their print edition probably won't be as influential as their Web site, which garnered 1.5 million unique visitors in the last month. People want fresh content right now -- and only the Web is poised to deliver it. That's a paradigm shift from bread-and-butter newspaper Web sites, which are slowly migrating their audiences online.

Of course, none of this is new. Blogs have now become old hat. Townhall has been an established force on the right for more than a decade. What is new is that old-line MSM outlets are starting to recognize the mortal threat this poses to their business model and responding accordingly. Bloggers are no longer legions of pajama-clad gadflys. They're becoming a revenue drain, and that focuses the mind like nothing else.

It's easy to say that the Internet is revolutionizing everything. But its progress is uneven and interesting to observe. Camera shops are going the way of the dodo bird thanks to digital photography. Used book stores have unexpectedly gone in the other direction, thanks to a new surge in nationwide net-driven business. Craigslist has revolutionized the classifieds. iTunes may not represent a majority of music sales, but even a small drop in music industry revenue has the major record labels running scared. No industry will be spared, and the advent of ventures like the Politico likely means that traditional newspapers are (finally) next.

Now if you'll excuse me, I need to go scratch a longstanding item off my to-do list and cancel my newspaper subscription.