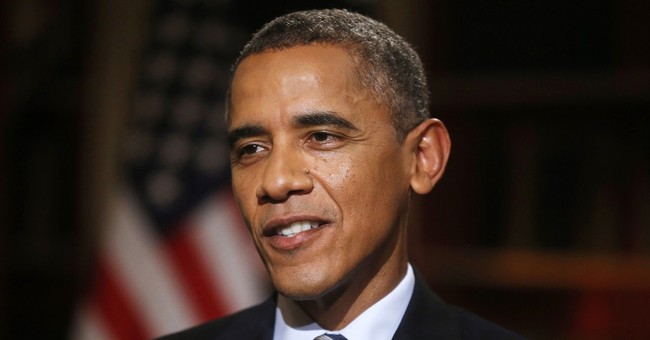 In the last decade of the 20th century, as the Soviet Empire disintegrated so, too, did that prison house of nations, the USSR.

Out of the decomposing carcass came Russia, Belarus, Ukraine, Lithuania, Latvia, Estonia and Moldova, all in Europe; Georgia, Armenia and Azerbaijan in the Caucasus; and Tajikistan, Uzbekistan, Turkmenistan, Kyrgyzstan and Kazakhstan in Central Asia.

Transnistria then broke free of Moldova, and Abkhazia and South Ossetia fought free of Georgia.

The Slovaks seceded from Czechoslovakia. Yet a Europe that plunged straight to war after the last breakup of Czechoslovakia in 1938 and 1939 this time only yawned. Let them go, all agreed.

The spirit of secession, the desire of peoples to sever ties to nations to which they have belonged for generations, sometimes for centuries, and to seek out their own kind, is a spreading phenomenon.

Scotland is moving toward a referendum on independence from England, three centuries after the Acts of Union. Catalonia pushes to be free of Madrid. Milanese and Venetians see themselves as a European people apart from Sicilians, Neapolitans and Romans.

Dutch-speaking Flanders wants to cut loose of French-speaking Wallonia in Belgium. Francophone Quebec, with immigrants from Asia and the Third World tilting the balance in favor of union, appears to have lost its historic moment to secede from Canada.

What are the forces pulling nations apart? Ethnicity, culture, history and language -- but now also economics. And separatist and secessionist movements are cropping up here in the United States.

While many Red State Americans are moving away from Blue State America, seeking kindred souls among whom to live, those who love where they live but not those who rule them are seeking to secede.

The five counties of Western Maryland -- Garrett, Allegheny, Washington, Frederick and Carroll, which have more in common with West Virginia and wish to be rid of Baltimore and free of Annapolis, are talking secession.

Scott Strzelczyk, who lives in the town of Windsor in Carroll County and leads the Western Maryland Initiative, argues: "If you have a long list of grievances, and it's been going on for decades, and you can't get it resolved, ultimately [secession] is what you have to do."

And there is precedent. Four of our 50 states -- Maine, Vermont, Kentucky, West Virginia -- were born out of other states.

Ten northern counties of Colorado are this November holding non-binding referenda to prepare a future secession from Denver and the creation of America's 51st state.

Their issues with the Denver legislature: A new gun control law that triggered a voter recall of two Democratic state senators, state restrictions on oil exploration, and the Colorado legislature's party-line vote in support of gay marriage.

In California, which many have long believed should be split in two, the northern counties of Modoc and Siskyou on the Oregon border are talking succession -- and then union in a new state called Jefferson.

"California is essentially ungovernable in its present size," says Mark Baird of the Jefferson Declaration Committee. Baird hopes to attract a dozen counties to join together before petitioning the state to secede.

Like the western Maryland and northern Colorado counties, the northern California counties are conservative, small town, rural, and have little in common with San Francisco or Los Angeles, or Sacramento, where Republicans hold not one statewide office and are outnumbered better than 2-1 in both houses of the state legislature.

Folks on the Upper Peninsula of Michigan, bordered by Wisconsin and the Great Lakes, which is connected to lower Michigan by a bridge, have long dreamed of a separate state called Superior. The UP has little in common with Lansing and nothing with Detroit.

While the folks in western Maryland, northern Colorado, northern California and on the Upper Peninsula might be described as Red State secessionists, in Vermont the secessionists seem of the populist left. The Montpelier Manifesto of the Second Vermont Republic concludes:

"Citizens, lend your names to this manifesto and join in the honorable task of rejecting the immoral, corrupt, decaying, dying, failing American Empire and seeking its rapid and peaceful dissolution before it takes us all down with it."

This sort of intemperate language may be found in Thomas Jefferson's indictment of George III. If America does not get its fiscal house in order, and another Great Recession hits or our elites dragoon us into another imperial war, we will likely hear more of such talk.

Why a Trump Accuser’s Lawsuit Could Burn to Ash Now That the DOJ Has Intervened
Matt Vespa
Nancy Pelosi Loses It When Asked About the Joe and Hunter Biden Scandal
Katie Pavlich
Schumer Trashes 'Awful Hearing' with Feinstein At His Side...She Called the Process 'One of the Best.'
Cortney O'Brien
Trump Must Confront Biden on Hunter Emails at the Debate, Muted or Not

Trump: Here’s the full video of my interview with the very biased and hateful Lesley Stahl
Hotair
[WATCH] Trump Releases Raw Video of '60 Minutes' Interview and It's Everything You Thought It Would Be
Redstate