The Mid-Life Crisis of the EU 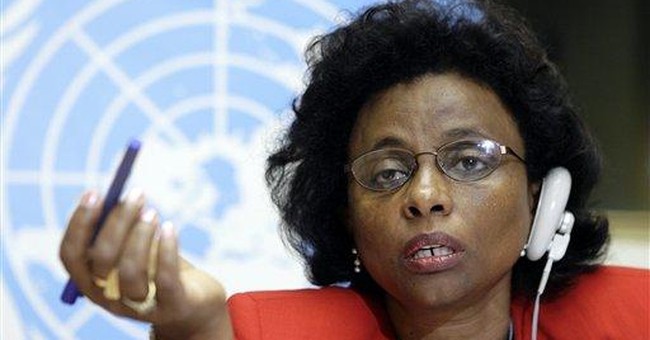 The 50th birthday of the European Union, born in Rome in March 1957 as the European Economic Community or Common Market -- of Germany, France, Italy, Belgium, Holland and Luxembourg -- was a pallid affair.

Understandably so. For though the EU has expanded to embrace 27 nations and boasts an economy equal to that of the United States, it is like a man well into middle-age whose career accomplishments are behind him.

The EU birthday party was further proof, were any needed, that no transnational institution can elicit the love and loyalty of a country. World Government is a vision of elites no patriot will ever embrace. Men have died in the millions for Poland, France, Italy, England and Germany. Who would walk through fire for the European Union?

The EU's champions claim its great achievement is to have kept the peace of Europe. "Sixty years of peace means that the image of the EU as a bastion against war is losing its resonance," said Jose Manuel Barroso, head of the European Commission, the executive arm that sits in Brussels.

Intending no disrespect to Barroso, it was not the EU that keep Europe secure and at peace. America kept the Red Army from the Elbe and the Rhine. America saved Western Europe from the fate of the Hungarians in 1956, the Czechs in 1968 and the Poles in 1981. America pulled the British and French chestnuts out of the Balkan fires of the 1990s.

German-French amity is a product of statesmanship, but also of the defeat of France in 1940 and the reduction of Germany to rubble by the American, British and Soviet armies in 1944-1945.

The 50th anniversary of the EU brought to the fore as many questions as telegrams of congratulations. Quo vadis? Where is Europe going?

Other than commerce, what is the EU all about? Why is Europe so strategically impotent? What happened to the continent that was the cockpit of history?

According to a poll published by The Washington Times, not half the citizens of its 27 member states think positively of the EU. Only 28 percent of Brits think well of it. Only a third believes EU membership is good for Great Britain.

After a committee led by ex-President Giscard d'Estaing of France wrote a constitution, setting the EU on course toward a "United States of Europe," France and Holland voted it down. Resentment of the "faceless bureaucrats of Brussels," where the European Commission sits, is rampant.

As the votes in Holland and France show, nationalism is tearing at the aging fabric of European unity. Nor is the EU deeply democratic. Giscard is demanding another vote because, as he says, the French "got it wrong." They must vote again and again, 'til they get it right. This is the soft tyranny of an elite that knows better than the people what is best for the people.

Many in Europe oppose plans to bring in new members, especially Turkey, an Islamic nation of 70 million, which will soon be more populous than Germany. This raises another issue.

Not one member of the EU has a birthrate among its native born to enable it to survive in its present form.

Europe's welfare states are failing to produce the babies to replace the aging and shrinking population. Thus, virtually all the nations of Western Europe are undergoing invasions -- from the Mahgreb, Middle East, South Asia or sub-Saharan Africa.

Yet, asked if they agree that "immigrants contribute a lot to my country," only 40 percent of EU citizens said, "Yes." Hostility to immigration is strongest in Eastern Europe. Not one in five Hungarians, Czechs, Estonians, Latvians or Slovakians thinks immigration is good for their country. They want to remain who they are, and their country to remain what it has been.

When Chancellor Angela Merkel, hostess of the party, drafted a "birthday card," the Berlin Declaration, even that created dissension and division.

What the malaise of the EU tells us is what patriots have already known. Democracy and free markets are not enough. Dry documents, no matter how eloquent, abstract ideas, no matter how beautiful, do not a nation make. What makes a people and a nation is a unique history and heritage, language and literature, songs and stories, traditions and customs, blood, soil and the mystic chords of memory.

The EU is a thing of paper, an intellectual construct. Unlike a nation, it has no heart and no soul. And if and when it passes into history because of some irreconcilable dispute, many may regret it. Few will weep.