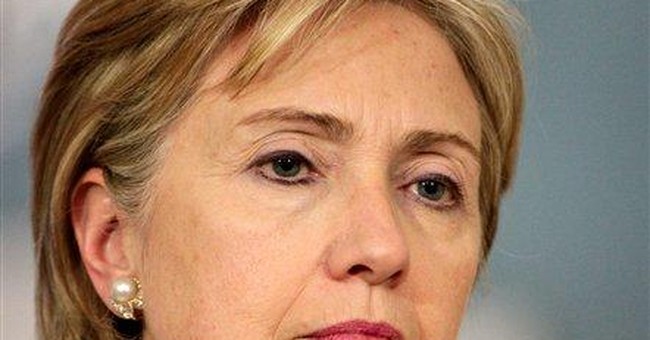 WASHINGTON -- It is said that there are two kinds of lawyers: those who know the law and those who know the judge. And then there is Harold Koh, the man who is likely to be the next legal adviser to the State Department. Koh most recently served as dean of the Yale Law School and before that as assistant secretary of state for democracy, human rights and labor in the Clinton administration. He is a prolific author and a legal activist of the left. Earlier this week, his nomination to be Foggy Bottom's barrister was approved by the Senate Foreign Relations Committee, 12-5. His pending appointment has received scant attention from the media or the senators who will decide his fate. It deserves a closer look.

The position of State Department legal adviser is unique. The person holding it helps formulate and implement U.S. foreign policy, advises the Justice Department on cases with international implications, influences U.S. positions on issues considered by international bodies, represents the U.S. at treaty negotiations and international conferences, and has input into the drafting of Security Council resolutions and the interpretations of treaties.

Koh's record deserves more scrutiny because he is not just an attorney who knows the law; he is an activist lawyer who knows what he wants the law to be. From all he has said and written, it is apparent that Koh wants U.S. jurisprudence to be shaped by international law, European courts, foreign governments, and international organizations, such as the United Nations. Koh puts himself in the "transnationalist" camp of legal practitioners, which he describes as those who "believe in and promote the blending of international and domestic law." He wrote, "Transnationalists believe that U.S. courts can and should use their interpretive powers to promote the development of a global legal system."

Though I never have been a supporter of the death penalty, I also believe that American citizens ought to be the ones who decide whether it is appropriate in this country. It certainly is not a matter to be decided by those in other countries. Koh, however, sides with foreigners. In a 2002 essay arguing against the death penalty, he wrote: "We do not currently pay decent respect to the opinions of humankind in our administration of the death penalty. For that reason, the death penalty should, in time, be declared in violation of the Eighth Amendment." According to Koh, the only opinions in "humankind" that matter are those of non-Americans in the enlightened states where the death penalty no longer is considered an appropriate application of justice for those who commit heinous crimes. In the Koh universe, if the Europeans are opposed to it, we should render it unconstitutional.

That kind of thinking is also evident in his opinion of the Second Amendment. "What kind of global gun control regime could we and should we try to build?" Koh asked in an essay entitled "A World Drowning in Guns." He urged "a global regulatory" scheme prohibiting the ownership of firearms could be achieved through a "process whereby rules negotiated among governments at a horizontal, intergovernmental level and interpreted through the interaction of transnational actors in these law-declaring fora are brought down vertically into the domestic law of each participating country -- 'brought home' if you will -- and internalized into the domestic statutes, executive practice, and judicial systems of those participating nations."

In short, that means that U.S. law -- constitutional or otherwise -- must be amended or revised to comport with international standards. Presumably, the same concept would apply to not only our Second Amendment but also U.S. federal and state laws pertaining to abortion, same-sex marriage, pornography, drug use, private property rights and child molestation. In the Koh legal universe, those issues should be debated in the United Nations' numerous institutions and commissions. Then nongovernmental organizations from around the globe will opine, a U.N. body will issue a report, and the U.S. Congress and state legislatures in the U.S. will be given a deadline within which to pass conforming legislation. The will of the American people will no longer matter if it is contrary to that of the "world community."

The Koh perspective on national security is equally alarming. In October 2002 -- after Congress already had authorized the use of force against Iraq -- he wrote in the Hartford Courant: "I believe … that it would be a mistake for our country to attack Iraq without explicit United Nations authorization … (because) such an attack would violate international law." Because the U.S. did not seek or obtain U.N. "permission" before liberating Iraq, Koh included the U.S. -- along with Iraq and North Korea -- in what he described as an "axis of disobedience."

In another time, this kind of record would disqualify any aspirant for an office requiring confirmation by the U.S. Senate. But these are indeed different times. Perhaps the senators who vote to affirm Koh's appointment can also waive the requirement that he "solemnly swear to support and defend the Constitution of the United States against all enemies, foreign and domestic, and to bear true faith and allegiance to the same."