My 'Persons of the Year' 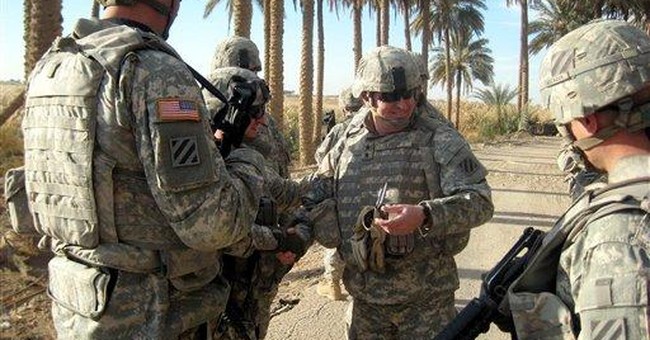 WASHINGTON -- While I was in Fallujah, Iraq, embedded with a U.S. Special Operations Command Task Force, Time magazine gave Russian President -- and soon to be Prime Minister (and long to be ruler) -- Vladimir Putin the magazine's politically correct moniker of "Person of the Year." Time's brilliant editors reasoned that Putin deserves the title because he has "brought Russia roaring back to the table of world power."

There is no doubt that Putin has made a significant impact in Mother Russia. Given the record prices for petroleum and natural gas, which Russia has in abundance, it is easy to understand how he can finance his new government and military expenditures. He also has resorted to tactics that would make the iron-fisted rulers of the old Soviet Union proud.

Even Time concedes that "to achieve stability, Putin and his administration have dramatically curtailed freedoms." They noted that Putin's "government has shut down TV stations and newspapers, jailed businessmen whose wealth and influence challenged the Kremlin's hold on power, defanged opposition political parties and arrested those who confront his rule." Now there's a record of achievement.

The magazine's editors claim their choice is valid because their "Person of the Year" is one (or more) who had the greatest impact on events that year, whether for good or evil. In choosing Vladimir Putin, Time picked an individual who is moving his 142 million countrymen back to a totalitarian future, and they missed the opportunity to honor those who had a profoundly positive impact on hundreds of millions of people in 2007.

My "Persons of the Year" are men and women who voluntarily took an oath to "support and defend the Constitution of the United States against all enemies." Though fewer than 3 percent of their countrymen know a single one of their names, they continue to make extraordinary sacrifices while wittingly and willingly going into harm's way on our behalf. They are, on average, just 20 years old, yet they are brighter and better educated than their peers in the same age bracket. All of them have been entrusted with the awesome responsibility for the lives and safety of others, and all of them are held accountable for what they do or fail to do in carrying out that responsibility.

During the past six years, my "Persons of the Year" have spent an average of 31 months far from friends and family and the comforts of home. Tens of thousands of them have been wounded, and more than 4,000 have been killed defending our nation from radical Islamic terror. Many celebrated Christmas this year on lonely patrol bases where even the most basic amenities -- showers, sanitation facilities, drinkable water and hot food -- are considered luxuries.

Like Time magazine's Vladimir Putin, my "Persons of the Year" ride around in armored caravans because evildoers want to kill them. But unlike Putin, most of my honorees wear heavy protective vests and helmets and frequently have to use the weapons they carry.

Though Putin frequently speaks about making life better for his people at some point in the future, my honorees actually are doing it in two countries. During 2007, my "Persons of the Year" built more than 575 schools in two countries, opened nearly 500 public health clinics and hospitals, provided clean drinkable water for more than 6 million people and electricity to about the same number. While most Americans prepared for Christmas by hunting for gifts imported from China, my honorees were hunting for deadly improvised explosive devices imported from Iran.

If you haven't figured it out already, my "Persons of the Year" are the soldiers, sailors, airmen, Coast Guardsmen and Marines serving in Iraq and Afghanistan -- the very ones with whom I spent most of the month of December. Unfortunately, Time magazine, like most of the so-called mainstream media, has a long history of ignoring the good being done by young Americans in uniform.

Since Time began the tradition in 1927 by naming Charles Lindbergh as their "Man of the Year," only twice has the magazine seen fit to bestow the title on U.S. service members. Though the magazine's editors have placed high-ranking military officers on their year-end cover frequently, the troops they lead have received scant recognition. In 1950, six months into the Korean War, the editors named "G.I. Joe" as the "Man of the Year." And in 2003, the magazine picked "The American Soldier" for the honor.

It may be too much to hope, but perhaps 12 months from now, the editors of Time will wake up to reality and name the young Americans who really make a difference as their "Person of the Year."