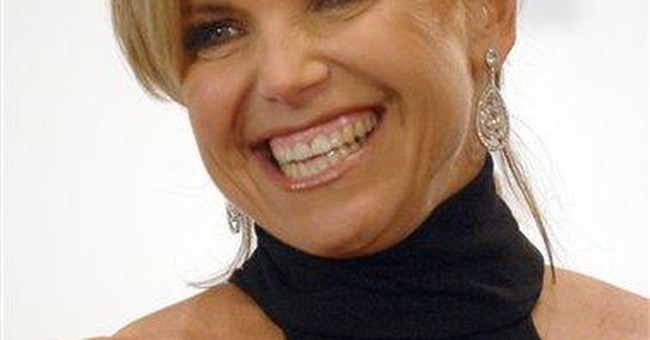 WASHINGTON -- Thanks to the masters of the media, Americans know more about how Anna Nicole Smith died than they do about terrorists dying to kill the rest of us. Pay tribute to the Fourth Estate, former Vice President Al Gore and his pals in Tinsletown for explaining that humans in general, and Americans in particular, are responsible for global warming. Credit the potentates of the press with revealing that hundreds of American servicemen are petitioning Congress to get us out of Iraq. And be grateful to Hollywood producers and their media lackeys for reporting the exciting "discovery" that Easter didn't really happen.

What has passed for news these last seven days can more accurately be described as salacious sensationalism -- as in "all Anna, all the time" -- and some of it is hype or tripe -- as in the gushing over Gore and his Oscar. But twisted news aimed at our culture or Judeo-Christian heritage can also be dangerous.

Most people would likely describe the Anna Nicole Smith coverage as prurient, but few would call it dangerous. Yet, radical Islamic Web sites cite it as proof of American decadence. Whether the nonstop Anna "news" motivates young jihadists to become suicide bombers, like the one who killed himself and 22 others while Vice President Dick Cheney was visiting Bagram Air Base in Afghanistan on Tuesday, we will probably never know.

The hyperventilated propaganda attendant to Gore's Academy Award for "An Inconvenient Truth" can't be characterized as dangerous, but it was hardly truth. Though he blames Americans first for failing to reduce greenhouse gasses by using less electricity and conserving fuel, his adoring press pals ignored Gore's well-documented penchant for corporate aircraft instead of commercial airlines and his astronomical home energy use. The Tennessee Center for Policy Research pointed out that the Gores' 20-room mansion in Nashville consumes more gas and electricity in a month than the average American household uses in a year. But Katie Couric of CBS News fretted that the Oscars may have given Gore's critics "ammunition to reject a school of thought that's been validated by countless scientists worldwide." It's a good thing that America-bashing hypocrisy isn't a crime.

Nor is it a crime for members of the Armed Forces to contact members of Congress about perceived wrongdoing. But it was certainly wrong for CBS News' "60 Minutes" to promote a report on the group Appeal for Redress as "new opposition to the war" from "the very Americans fighting it -- men and women in uniform." The network hyped the story as "normally unthinkable" for "over a thousand" members of the military to sign a petition -- without mentioning that the 1,400 signers represented less than one-tenth of 1 percent of our entire Armed Forces, or that there is a long history of such action in the U.S. military going back to the American Revolution.

Perhaps the CBS employees who prepared the broadcast were ignorant of George Washington's March 15, 1783 speech to his near-mutinous officers, or the activities of now-Sen. John Kerry and the Vietnam Veterans Against the War. Maybe they didn't have time to check on the sponsors of the Appeal for Redress campaign -- groups such as Cindy Sheehan's Military Families Speak Out, and links with the Reagan-era Veterans for Peace organization, which advocated unilateral disarmament in the 1980s.

By selective use of polling data, the slanted "60 Minutes" piece leaves the erroneous impression that there is a growing anti-war movement in the ranks. Though grossly inaccurate, the broadcast may not be dangerous per se, but it is demoralizing. That's the assessment of numerous soldiers, sailors, airmen, Guardsmen and Marines I have covered during eight trips to Iraq and two to Afghanistan for FOX News and those who have e-mailed victoryiniraq@foxnews.com.

Our troops aren't the only target for twisted news. Some of it is aimed straight at the heart of Christian belief. On Monday morning NBC News' Matt Lauer proffered an infomercial for "The Lost Tomb of Jesus," a "documentary" airing on the Discovery Channel this weekend. NBC's breathless billing described the production as a "shocking new claim" that James Cameron, the Hollywood director of "Titanic," had discovered the place where Jesus, his wife Mary and their son were buried, and promised that NBC's exclusive interview "could rock Christianity to its core." Peacock network promoters failed to note that the tomb Cameron "discovered" had actually been found nearly three decades ago -- and that credible archeologists had long since dismissed any assertion it belonged to the Jesus Christ crucified on Calvary.

Media distortions can be dangerous. Last September, Pope Benedict XVI lectured at Germany's University of Regensburg and decried violence in the name of religion as "incompatible with the nature of God." News reports selectively quoted passages from the pontiff's remarks that made it appear he was attacking Islam. Muslim leaders condemned Benedict's words and a Roman Catholic nun was murdered in Somalia as a result. In the aftermath of the violence, Ali Bardakoglu, grand mufti of Turkey admitted that he had not heard or read the Pope's lecture -- but had in fact based his anger on press reports.

Bad news is bad enough. But fraudulent news is not only bad for morals, the environment and morale, it can also be disheartening and sometimes downright deadly.