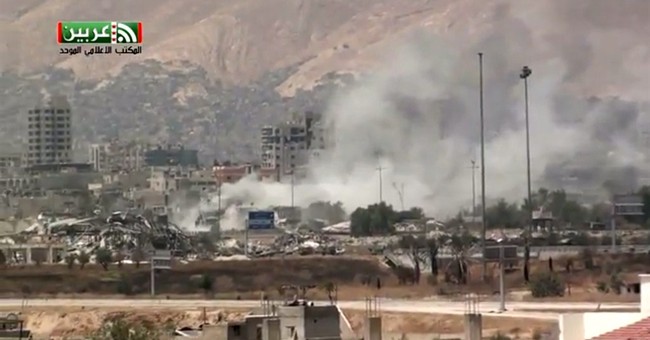 South Korea-North Korea: Update. Following today's talks, the South Korean Unification Ministry said, "The talks held in the North Korean border city of Kaesong did not lead to any understanding being reached. The two sides agreed to hold the next round of talks on Wednesday."

The chief South Korean negotiator would not discuss points of disagreement with the media, but said both sides remain committed to the dialogue.

Comment: One sticking point is the South's desire for North Korean guarantees that future operations will not be suspended. The South's plan to convert the zone into an international manufacturing zone with outside investors, including from China, hinges on obtaining a more reliable North Korean commitment to protect assets and investments in the zone than was evident in April, when North Korea halted operations.

North Korea seems reluctant to surrender a pressure point against the South without significant additional compensation. However, the North's handling of these talks has potentially significant longer term economic consequences. Its refusal to take responsibility for halting operations at Kaesong and to provide guarantees against future stoppages risks deterring Chinese enterprises from investing in North Korea.

Concerning business at Kaesong, 159 South Korean businessmen representing 49 textiles and stuffed goods firms along with 52 support personnel from utility companies and officials from the Kaesong Industrial District Management Committee returned over the inter-Korean border, after having checked on their facilities. They brought back finished goods and other production materials totaling 516 tons.

Comment: The North is honoring the letter of its agreement to allow businessmen and support personnel to inspect plants and bring back finished goods and production materials.

The limited activity at Kaesong and the negotiations about normalizing operations coincide with a propaganda theme in North Korea that emphasizes Kim inspecting economic activities, even when visiting military units.

Syria: According to Syria media, and reported by Xinhua, the Syrian armed forces discovered a factory for manufacturing and storing toxic chemical weapons inside a "terrorists'" hideout near Damascus.

An official source told the state news agency, SANA, that "the army unit seized amounts of toxic chemical materials, in addition to seizing chlorine substances in containers, some of them foreign-made, while others were Saudi-made (sic)."

The source said that the haul included weapons and scores of mortar shells which were prepared to be filled with chemical materials. SANA published a photo of the captured materials to accompany the report.

Comment: The published report did not identify which opposition group's hideout was captured. This could be a media stunt, but in publishing photos, the government has made itself vulnerable to demands for independent verification. It would be easy to expose if it is a hoax.

Pakistan: Update. According to a report in the Pakistani newspaper, Dawn, the Interior Ministry said provincial authorities throughout Pakistan deny that militants have left the country for Syria. However, three Pakistani intelligence officials based in the tribal region bordering Afghanistan, as well as militants themselves, said the fighters leaving Pakistan for Syria include members of Al Qaeda, the Pakistani Taliban and the Lashkar-e-Jhangvi (a Sunni terrorist group).

The report said that one group of 70 fighters was sent in the last two months. A second group of 40 is preparing to leave. One group reportedly is fighting with the al Nusrah Front, which is allied with al Qaida.

This is a recent development whose impact is not apparent in Pakistan or Syria. Thus far, the Nawaz Sharif government has had no clear success in coping with terrorist attacks in Pakistan. However, Pakistani intelligence could be encouraging or facilitating the export of fighters to Syria in order to help improve security conditions in Pakistan's northwest. They have done so in the past, notably just before the collapse of the Taliban government in Afghanistan in 2001.

Comment: No casualties were reported at any demonstrations. The number of marchers was in the hundreds, signifying a small turnout compared to the anti-Mursi rallies of 30 June.