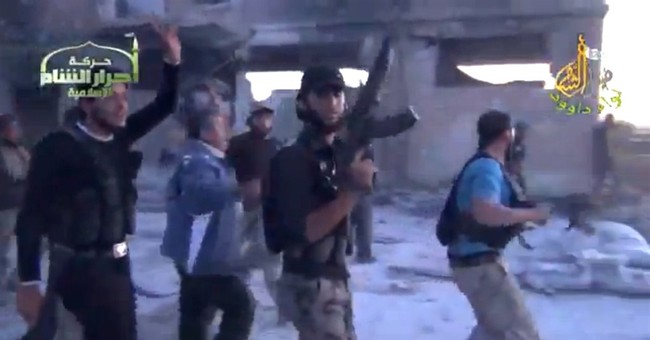 China-North Korea: The third day of Vice Marshal Choe's visit to Beijing was full. It included a meeting with General Fan Changlong, a Vice Chairman of the Central Military Commission, and a meeting with President Xi Jinping.

The meeting with General Fan. Fan told Choe that China wants all sides to adhere to the denuclearization of the Korean Peninsula and to resolve outstanding issues through dialogue, according to Xinhua.

Fan also said tensions on the Korean Peninsula regarding the nuclear issue have intensified strategic conflicts among involved parties and jeopardized the peace and stability of the peninsula.

Choe highlighted the complicated the situation and lack of safety assurances on the Korean Peninsula and in Northeast Asia. Choe said the North Korean people need a stable and peaceful environment for the development of their country.

The Democratic People's Republic of Korea (DPRK) is willing to work with parties concerned to find ways to resolve the current conflicts via dialogues, Choe pledged.

Comment: The meeting with Fan was Choe's first with a senior military official. The message was direct that China considers North Korean nuclear weapons to be destabilizing and a threat to China's interests.

According to Xinhua, President Xi told Choe, "The denuclearization of the Korean Peninsula and lasting peace on the peninsula are what the people want and also the trend of the times….China has a very clear position concerning the issue: that all the parties involved should stick to the objective of denuclearization, safeguard the peace and stability on the peninsula, and resolve disputes through dialogue and consultation."

Choe delivered a letter from Kim Jong Un to Chinese President Xi. Choe said it is the sincere wish of the DPRK to create a peaceful external environment to develop its economy and improve people's livelihood.

The DPRK values its traditional friendship with China, said Choe, adding that the DPRK will work with China to beef up high-level exchanges and in-depth communication, so as to constantly consolidate and develop their friendship.

North Korean coverage. The Korean Central News Agency (KCNA) published a single report on Choe's visit, featuring the meeting with President Xi. Its coverage was long on cordial exchanges and the gratitude the Chinese President had for Choe's visit. The coverage carried none of Xi's guidance on denuclearization. It also omitted Choe's promise to follow Chinese "suggestions."

KCNA had no coverage of Choe's meeting with Vice Chairman Fan. It did report Choe's return to Pyongyang on the 24th.

Comment: According to the Chinese media accounts, Choe comported himself as a filial supplicant who promised to do as China directed…almost. He did not promise to eliminate the nuclear program. That would have far exceeded any authority he would have been given because that program is now anchored in North Korean law. He also did not, as some have reported, agree to rejoin the Six Party Talks.

This is the first time that Chinese leaders permitted public coverage of the substantive details of meetings with any North Korean emissary. Direct quotes from the sessions are never publicized. North Korea published no direct quotes.

It also is the first time that a senior Chinese official - a general -- was quoted in public as singling out North Korea's nuclear issue as responsible for intensifying strategic conflicts and jeopardizing peace and stability.

In every meeting Choe received the message that China is the hegemon of Northeast Asia and that North Korean behavior displeases China. In sending Choe, the North Koreans took a conciliatory step, but it is far from having satisfied Chinese expectations for compliant behavior.

North Korea cannot comply with Xi's directions without revising the new strategic line and without repealing the nuclear law. Kim Jong Un cannot survive if he agrees to give up the nuclear program, but he has lost Chinese political protection because of it. If he fails to comply with President Xi's guidance and thereby loses Chinese economic support, his regime also cannot last.

North Korea's agreement to join talks buys Kim some time, but that postpones a future reckoning with President Xi and General Fan. The North may be relied upon to haggle over the preliminaries for the talks for as long as possible, including the venue, the agenda and the participants.

China South Korea: At the regular daily press briefing, the Chinese Foreign Ministry disclosed, "Upon the invitation of President Xi Jinping, South Korean President Park Geun Hye is to visit China at the end of June."

Park's spokesperson Kim Haing also told reporters in Seoul. "South Korea and China plan to announce details, including the length of the visit, at an appropriate time in the future."

Comment: Park's will be a formal state visit. The timing of this announcement is a diplomatic block buster that humiliates North Korea. It occurred on the same day that North Korean Vice Marshal Choe was receiving guidance from President Xi. Choe departed Beijing with no invitation for North Korean leader Kim Jong Un, who has never been invited to Beijing.

China has "tilted" to South Korea in public.

Afghanistan: Explosions and gunfire rocked central Kabul Friday as the Taliban launched an attack close to an Afghan intelligence facility and the headquarters of a government force that protects foreign firms. The Taliban said they were targeting CIA trainers. Two people died and 13 were injured in the attack. Six to eight attackers were killed in the firefight that lasted nine hours, according to press service reports.

Comment: This fighting occurred in the center of Kabul, indicating a major lapse in security. . It is another example of the ability of anti-government fighting groups to attack any target they choose at will. The damage and losses were not large, but the demonstration of the anti-government group's ability to strike at the seat of power and the international quarter is a significant terror effect.

Syria: Syrian troops have captured much of the rebel stronghold of al-Qusayr, in central Homs province, squeezing opposition fighters into the north of the strategic town, a military officer said on Friday. The Syrian Observatory for Human Rights watchdog said regime forces supported by Hizballah fighters were attacking northern areas of the city, encircling rebel fighters there.

Comment: Capture of al-Qusayr by government forces cuts the main supply route to Homs, which is the next target in the government/Hizballah offensive. Loss of Homs would eviscerate the uprising.

The recent successes will strengthen the government's position in forthcoming talks. As the leader of a successful offensive, it will be difficult to persuade Asad that he must step down or even make many concessions.

Lebanon: Update. Authorities reported 1,200 mortar shells were fired in Tripoli between two neighborhoods: one is Sunni and the other is Alawite. Exchanges of fire and clashes have occurred daily since last Sunday.

Niger: With the help of French special forces, Niger's military on Friday killed the last two jihadists holed up inside a dormitory on the grounds of a military garrison in Agadez,

Mokhtar Belmokhtar, the mastermind of the In Amenas gas plant attack in Algeria in January, said in a statement that his Mulathameen brigade organized Thursday's raids with the MUJAO jihadist group in retaliation for Niger's role in the Mali fighting.

The statement said the raid was a response to Nigerien President Issoufou's public claims that the Islamists had been defeated in Mali. "We will have more operations by the strength and power of Allah and not only that, but we will move the battle to inside his country if he doesn't withdraw his mercenary army."

Comment: The French participated at the request of Niger's President. Niger has 650 soldiers deployed to Mali. Belmokhtar has once again shown his genius for targetting internationally important economic targets. He targets to inflict serious damage, not just to obtain headlines.