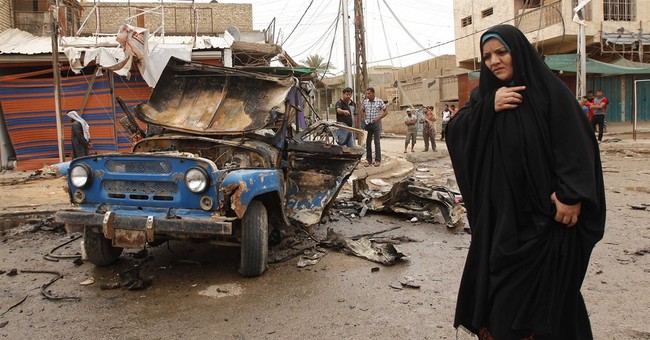 North Korea-China: Vice Marshal Choe had talks in Beijing on 22 May. North Korean and Chinese official media coverage of the visit follows.

North Korea's coverage. The PyongyangCentral Broadcasting System reported, "On 22 May, Choe Ryong Hae, the director of the Korean People's Army [KPA] General Political Bureau who is visiting China as a special envoy of respected and beloved Comrade Kim Jong Un, met with Wang Jiarui, vice chairman of the National Committee of the Chinese People's Political Consultative Conference and head of the CPC Central Committee's (CC) International Department, at the Diaoyutai State Guest House."

"Functionaries of the CPC CC International Department, including Deputy Head Liu Jieyi and Assistant Head Yang Yanyi, and Chi Chae-ryong, our country's ambassador extraordinary and plenipotentiary to China participated in this meeting."

"Both sides exchanged opinions about issues to further improve, strengthen and develop DPRK-China friendship relations at a new and high level."

"The conversation took place in a warm atmosphere."

After the conversation, Vice Chairman Wang Jiarui hosted a luncheon for the special envoy and his party.

China's coverage. The transcript of the daily briefing by the Ministry of Foreign Affairs included the following reply to a question about Vice Marshal Choe's visit.

"Choe Ryong Hae, special envoy of Kim Jong Un, first secretary of the Workers' Party of Korea WKP, and member of the Presidium of the WPK Central Committee Political Bureau, began a visit to China today. Wang Jiarui, vice chairman of the National Committee of the Chinese People's Political Consultative Conference and director of the CPC Central Committee International Department, met Choe Ryong Hae in Beijing on the 22nd. The Chinese and DPRK sides will exchange views on the situation on the Korean Peninsula and issues of mutual interest during the visit."

Comment: The North Koreans put the best face on the visit for Korean audience. They described the conversation as "warm."

The Chinese transcript did not identify Vice Marshal Choe as a military officer, much less acknowledge his senior rank and military assignment. Instead the Chinese chose to list Choe's communist party positions. Choe is one of the three highest ranking communist party leaders, after Kim Jong Un, roughly equivalent in position to the members of the Standing Committee of the Political Bureau of the Communist Party of China.

As a senior party leader Choe's rank and positions are much higher than those of Wang Jiarui, who is a department head in the Central Committee, not even a member of the Political Bureau.

The Chinese press transcript contained no description of the conversation. It did end with a restatement of China's positions on North Korea which include four items that Kim Jong Un's regime has rejected publicly: denuclearization of Korea; peace and stability (vice nuclear confrontation); dialogue and consultations; and the Six Party Talks.

The concluding paragraph of the Chinese statement is a strong indicator that the conversation was probably "heated", not just "warm." The next round of appointments Choe makes or does not make will provide important insights as to the state of China's relations with North Korea.

In that connection, a senior US official leaked that China provided the US with advance notice of Choe's visit. There is no precedent for such notice concerning North Korean.

Iraq: An Iraqi government spokesman told the media that Prime Minister al-Maliki has ordered changes in senior ranks of the military in the wake of bloody attacks that have killed dozens of people in the past few days. Ali al-Moussawi said on Wednesday that the shakeup will include commanders of divisions and operation commands nationwide.

Comment: No attacks were reported today. A well-informed and Brilliant Reader advised that the fighting is in a brief operational pause. There will be much more.

The NightWatch study of violent internal instability during the past 40 years shows that governments under stress will climb a predictable ladder of blame for the failure to control violence and stabilize the security situation. The lowest rung on the ladder is to blame the personnel at the front-line. A government climbs this rung after it has tried to use force to suppress the violent instability and that has failed.

The government leaders always will conclude that the military commanders are incompetent because that judgment requires only easy, quick changes. They tend to judge, based on their behavior, that their hand-picked senior people must be sound. The policy must be sound because they are its architects. The programs and practices are sound because they devised them. The leaders at the lowest level who are implementing them, therefore, must be responsible for failure and must be changed, plus it shows government responsiveness.

In blaming the forces, the government has taken the first step on the ladder that eventually can lead to change of the political system itself. The new commanders will try to execute the failed practices of misguided programs stemming from flawed policies with renewed gusto. They usually will fail.

Then the government will start to climb other, higher rungs, the highest of which is systemic change. When all else fails, leaders will change the government system itself.  Unless al Maliki changes his policies so as to accommodate Sunni demands, Iraq will continue to move towards a confederal system.

In the past three days of sectarian clashes related to the Syrian fighting at least 11 people died and more than 100 were wounded in Tripoli. Fighting between Sunni and Alawite residents of the city was continuing for a fourth day on Wednesday.

Comment: Many details are missing because the Lebanese Army tends to avoid inserting itself into a clash until the outcome is fairly obvious. It is too small to do much else. Nevertheless, a 300-strong group of armed men is significant. The Syrian fight continues to spill over into Lebanon.

Egypt: Seven members of the Egyptian security forces who were abducted in the Sinai Peninsula have been freed. The men arrived at a military base in a Cairo suburb on Wednesday where they were received by President Mursi and government ministers. The Egyptian authorities have reopened the Rafah border crossing between Egypt and Gaza, which was closed after the abduction.

Comment: It is not clear whether Mursi's deployment of military reinforcements panicked the kidnappers or whether a deal was struck by tribal leaders acting as mediators.