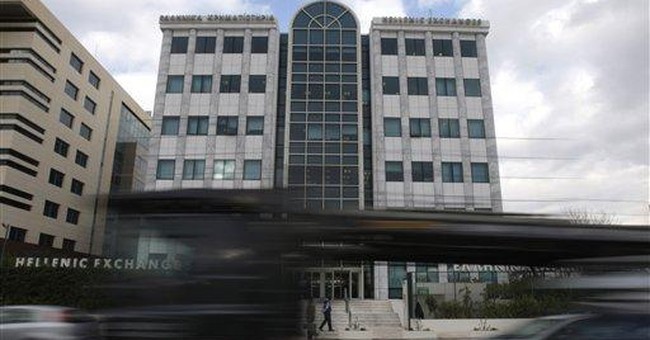 With the economy in shambles, recession chic is in. People are cutting back, tightening belts, cooking at home more. The Target Corporation’s ad campaign highlighting the many ways its store can save consumers money has been a runaway success, with net retail sales in January 2010 up 3.6 percent over the prior year. Unnecessary spending is so last year, and “fiscal responsibility” is the phrase du jour in Washington and the rest of the country.

Small wonder, then, that the Administration has adopted a similar narrative – after all, they’re nothing if not image-conscious! Accordingly, White House Communications Director Dan Pfeiffer blogged last week that “American families are forced to make tough choices about what they can spend money on and what they need to cut from their household budgets. Through the course of the budget process we did the same thing.”

Alas, the newly-released 2011 federal budget is a poor knock off of real fiscal responsibility. Coming in at a staggering $3.8 trillion, it seems like there’s very little the government has cut back on – and a lot more planned for a taxpayer-financed spending spree. For politicians, it seems that cutting back is well and good in theory, but in reality, it means there’s a whole lot less money to buy votes with – and that’s not very politically expedient, is it? In fact, a number of programs will receive even more money in 2011 that it will in budget-busting 2010. Public K-12 education and energy research will receive 6 percent more than the prior year, and the National Science Foundation will receive an additional 8 percent.

Sure, there was high talk about cutting back on duplicative programs. And it’s a good thing to finally eliminate programs that for years have been recognized as a complete wasteful (why, indeed, has the government been spending money to clean up coal mines that were cleaned up years ago, for instance?) Yet truly courageous cuts – cutting among the many multi-billion dollar programs that dominate the budget and aren’t expressly authorized in the Constitution – are not even on the table. If American families have cut out excesses from their lives – the daily cup of coffee from Starbucks, or trips to the movies on Saturday night – it is an insult for the government to not even make a token effort to do the same. Indeed, as the government expands its purview even further, it makes one wonder how in touch with reality our elected officials are at all.

The President spoke about that “spending freeze” in the State of the Union. As it turns out, the “freeze” is blink-and-you’ll-miss-it small, as it only applies to the non-defense, discretionary part of the budget. That’s a mere one-sixth of the total budget – and, coincidentally, the part that grew 19.5 percent in the last year. In effect, we’re “freezing” something at an artificially high level. Imagine going to Las Vegas for a long, boozy weekend, and then going to work on Monday swearing “I’ll only ever drink as much going forward as I did in Vegas.” Not much of a commitment there, eh?

The problem with these large increases, which are not offset by these tiny, token cuts and “freezes,” however, is that the nation cannot pay for them. Nor, for that matter, can it pay for its programs as they currently stand. Under the President’s plan, the national debt – which currently stands at $9.3 trillion, or 64 percent of our Gross Domestic Product – will hit $15.1 trillion by the end of fiscal year 2011, and more than double in five years. GDP is only forecast to be $15.3 trillion in 2011 – so the nation is coming dangerously close to being underwater on its mortgage. Interest payments alone on the debt will total $250 billion in 2011!

Rather than truly making “tough choices,” as we have heard, the government plans to take more money out of the pockets of hardworking American families. House Republicans estimate that the Administration will raise taxes by over $2 trillion through 2020 – further burdening individuals and small businesses and slowing an economic recovery. Individual families will not only ultimately have more taxes taken out of their own paychecks, but they will pay the cost of this overspending as business pass the costs of new taxes down to consumers and further slash jobs to pay rising tax bills, and capital becomes more expensive making it harder to take out a loan to buy a house or start a business.

As far as “fiscal responsibility” is concerned, the 2011 budget shows that the Administration is anything but. Should our elected officials truly be interested in getting the country back on track, they will re-submit a budget that makes tough cuts. The American people have done so – and now it’s time our elected officials did the same.