Somewhere Over the Border 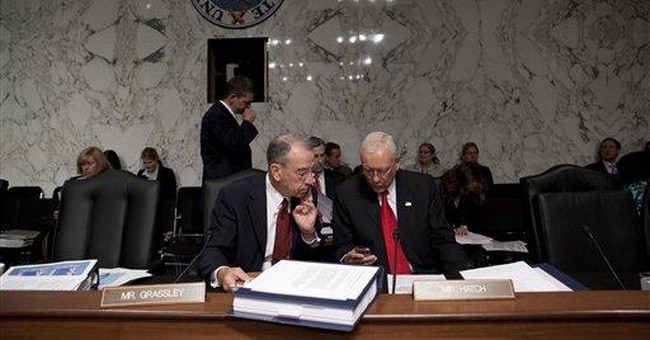 In the past few days, the Los Angeles Times and The Wall Street Journal have both highlighted the plight of Canadians denied coverage by the very health system that purports to save them.

Christina Woodkey, featured in the LA Times story, was one of the patients who shared her story. Crippled with pain, she endured years of doctors visits before finally being diagnosed with a spinal condition that required surgery.  She was told to “take more pills,” and received an estimated time frame for surgery: one and a half years. Another Canadian we met, Cheryl Baxter, faced a similar wait time for hip surgery.

Lin Gilbert, a 27-year-old mother of two, faced debilitating pain due to a congenital spine condition. She was told by specialists that she was too young and “hadn’t suffered long enough.” Forced to wait three years for her surgery, Gilbert lost her job because of constant, unbearable pain.

Unfortunately, the other thing she lost in the process was her dignity. Gilbert was reduced to a walker and diapers – needed because of a loss of bowel function. The government, in its infinite kindness, “allowed” her to stay on welfare past the allotted time frame due to her special circumstances, and picked up the tab for her incontinence products. They also paid for her morphine – to which she became addicted.

Lindsay McCreith suffered through multiple seizures each day. He needed an MRI, but was told he'd have to wait 4 ½ months for the scan. McCreith flew to the United States for the procedure, which revealed a golf-ball sized tumor on his brain. When shown to his doctor in Canada, an appointment was made with a neurologist – 6 months down the road. Returning to New York for a biopsy a week later, the surgeon removed the entire growth – which was already at grade 2. Had McCreith waited the full six months, the prognosis likely would have been grave.

McCreith never set out to be an activist. But his experience, and that of a friend, convinced him that someone needed to speak out. His coworker, feeling ill, went to the doctor, and was told he needed a triple bypass. He could not be seen immediately, and returned to work. The surgery, scheduled for several weeks later, was pushed back another 6 weeks. He died three days before the rescheduled date.

McCreith is currently suing the government of Ontario for denial of his charter rights – specifically, his security of person. It seems the Canadian founders, much like the framers of the U.S. Constitution, believed in a (now arcane) individual right to self-preservation. Ah, the good old days. McCreith argues that Canada's health system, by restricting treatment and outlawing private providers, prevents citizens from exercising this basic right.

All tragic stories, to be sure – but what message would a group of Canadian patients, from disparate locations and backgrounds, have for a group of visiting American policy wonks?

"Don't do what we've done.  Not just for yourself, but for us too.  Without the U.S., we lose our escape valve."

Obviously, the Canadian government didn’t set out to hurt their citizens. And, in some case, for example for routine care, the system performs perfectly adequately. But for more complex procedures – ones requiring specialty care, or advanced technologies – the system breaks down.

According to Nadeem Esmail, the Fraser Institute’s director of health systems performance studies, the median waiting time in Canada in 2008 from general practitioner’s referral to treatment by a specialist was 17.3 weeks (times varied from province to province, from a high of 28.8 weeks in Saskatchewan to a mere 13 weeks in Ontario.) Wait times for access to diagnosis using technologies are of similar length. In 2008, patients had to wait 5 weeks for CT scans, 9.7 weeks for an MRI, and 4.4 weeks for an ultrasound – on average, 150% longer than in 1994. No small wonder, then, that Canadian patients fear what changes to the U.S. health care market will mean for them. For many illnesses, delayed access to care is the equivalent of a death sentence.

How long you wait isn't just a product of the overall shortage of doctors and machines.  In Canada, bureaucrats also consider the “medical necessity” of a treatment and the general suitability of patients (obesity, hypertension, and age included) when deciding a treatment course.  Don’t fit the perfect patient profile? To the back of the queue you go. The young and the healthy are accorded preferential treatment, while older and less healthy payment are discriminated against.

To be fair, no health reform proposal currently on the table in the U.S. would turn our system into Canada's (Canada is the only OECD country that outlaws privately funded purchases of core health services). But the extreme example of our neighbors to the north serves as a cautionary tale both against the expansion of current programs and the slippery slope that will unquestionably lead to more comprehensive government-run health care down the road.

Many in Congress envision a single-payer system resembling that of Canada in the future – a reality that must not come to pass. The lives of not just Americans, but many Canadians like some I met, depend on it.