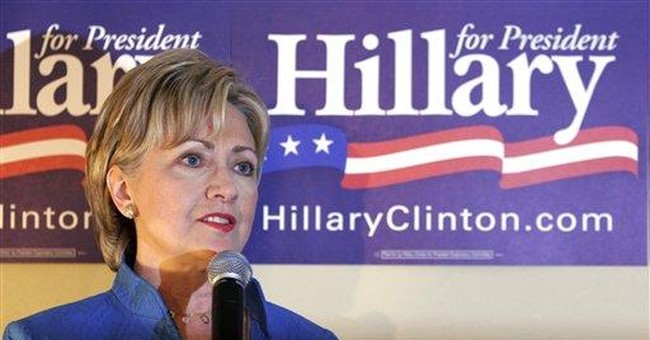 Last week, Senator Hillary Rodham Clinton unveiled one of the first big domestic proposals of the 2008 presidential campaign: a $10 billion plan for federally funded “universal pre-kindergarten.” The proposal likely pleases the national teachers’ unions, eager to capture the massive public money becoming available to serve the under-five set. Just as bad, the plan assumes that government money can improve people’s lives—to a much greater degree than history has shown.

Under Clinton’s program, the federal government would match individual states’ funding for voluntary pre-K for four-year-olds, with a $10 billion annual cap on federal dollars by the end of the first five years. To be eligible for the matching funds, states would have to hire teachers with bachelor’s degrees that include training in early-childhood development, maintain low student-teacher ratios, and use some standard curricula.

The plan resembles the Great Society’s Medicaid program, enacted four decades ago as a federal-state partnership to provide health care for the poor. Just as in Medicaid, individual states would decide how to structure early-childhood programs within those few basic rules, and would be responsible for a big part of the bill. Unlike with Medicaid, states could choose not to participate, but it would be awfully hard for them to refuse. Politically, what governor can oppose more education for cute kids, especially when a state’s governor and legislature know that they’ll get “credit” for every dollar of such voter-pleasing spending, while having to come up with only 50 cents of it themselves?

Even with the matching funds, though, the federal requirements likely will prove expensive for the states. For one thing, mandating low student-teacher ratios means hiring more teachers. And in places like New York, New Jersey, and California, the union-friendly states that would embrace the program early on, the proposal will almost surely create a huge new demand for expensive teachers from the ranks of the politically powerful unions.

To be sure, Clinton’s plan doesn’t require states to hire unionized teachers. The nation’s fledgling charter schools, which are usually non-union, could add pre-kindergarten classes to their existing elementary schools with the federal matching funds. But innovative, independent charter schools are still a tiny fraction of public education. Unless they want to build freestanding schools for four-year-olds, most states will send the vast majority of their pre-K classes to unionized elementary schools, adding hundreds of thousands of highly paid union jobs to state budgets.

And don’t think that the teachers’ unions want to stop at four-year-olds. In New York earlier this month, after heavy lobbying by the local United Federation of Teachers, Governor Eliot Spitzer signed an executive order that will allow 50,000 day-care workers who care for toddlers in their own homes to unionize and negotiate for higher pay and benefits.

Supporters of universal pre-K and other early-childhood programs often point to the growing evidence that young children develop cognitive skills well before school age. Indeed, study after study has shown that by the time they get to kindergarten, kids from families that don’t provide education at home can’t catch up with peers whose parents, say, read a book to them every day from infancy.

One of the most comprehensive studies done to date, by Georgia State University, found that a sample of below-average pre-schoolers enrolled in Georgia’s universal pre-K program made up their deficits and were average or above average on most measurements by the end of kindergarten two years later. But the racial gap between white and black students actually became more pronounced after pre-K and kindergarten. Whether a student “lived with both parents continuously since birth” made a huge difference in achievement.

It’s only logical that little kids with such barren educational backgrounds that they can’t even do kindergarten work—mostly just coloring, identifying letters and shapes, and exhibiting a healthy vocabulary—will swiftly gain at least basic cognitive and social skills once they finally get the chance to soak them up. It doesn’t follow, however, that a year of pre-school can make up for the next 12 years of poor education and poor family support. A few longer-term studies exist, but they’re often too small to be useful, or suffer from methodological problems.

Worse, for the government to follow the science of cognitive development to its logical conclusion, the feds would need to mandate that local schools force single, poor mothers to enroll their kids at birth in government-funded, full-day education programs, staffed by highly trained professionals. This would ensure that the kids are away from their dysfunctional families and neighborhoods and in a comparatively decent learning environment for as much time as possible.

Thankfully, this idea still sounds ridiculous to most people—though maybe less so every year. And there’s no guarantee that it would work anyway, if the hundreds of billions of dollars spent on anti-poverty programs over the past 40 years are any indication.

Clinton’s plan is an equally absurd half-measure, assuming, as it does, that even more billions in state and federal taxpayer money—much of it funneled through teachers’ unions into schools that already do a crummy job of educating disadvantaged kids ages five through 18—can bridge immense familial and cultural chasms if they just start at age four instead.

This article originally appeared in The City Journal.