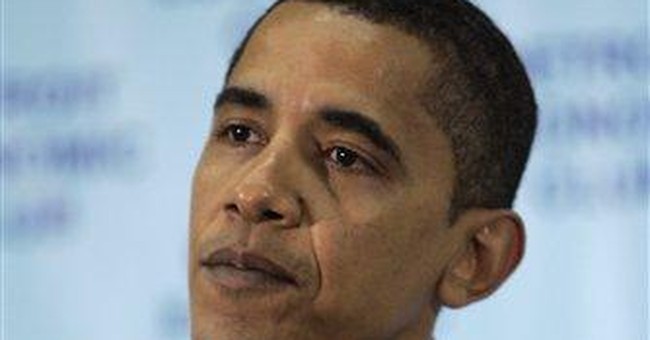 At a campaign event in Detroit this week, senator and Democratic presidential hopeful Barack Obama described the bill he recently introduced in Congress to bail out Detroit’s struggling automakers and save the planet at the same time. In rolling out his “health care for hybrids plan,” the senator has managed to combine two bad ideas into a proposal for one big government program.

The legislation, echoing Obama’s campaign platform, calls for a deal between Detroit and the federal government: the feds would pay up to 10 percent of the cost of domestic automakers’ annual health-care benefits for retirees. In return, the companies would invest 50 percent of the savings in developing and commercializing cars and trucks that use technology, including hybrid design, that get better mileage per gallon and thus save energy.

Neither component of Obama’s plan is a good idea by itself; taken together, they’re even worse. As for the first part: American politicians should have learned by now that when the federal government helps pay for any program, that “help” only feeds the program’s growth. Take Medicaid. In many states, the feds pay for half the cost of this massive program to provide health care for the poor; the states pay the rest. The way it’s supposed to work is that states, knowing that they must pay their half each year, will keep costs down. Instead, many states rationalize huge increases in Medicaid spending because they know that for each extra dollar they add to the program, they have to pay only 50 cents.

Federal guarantees of student loans for college students have followed the same dynamic. Instead of making college more affordable, the guarantees encourage schools to hike tuition without suffering a drop in demand. Meanwhile, in borrowing money, students can easily lose sight of the full cost of college until it’s too late.

Obama’s plan would have similar effects. Shaving 10 percent off Detroit’s retiree health care costs won’t help the automakers return to profitability; in fact, it likely will discourage the automakers and union workers from making the necessary painful choices to get those costs under control.

The plan also specifies that any participating auto company would have to certify that it provides “full health-care coverage to all of its employees.” This provision might please the unions, but it would drive up future costs for the automakers by keeping them from pushing workers to shoulder at least part of the health-care burden.

Of course, Obama’s supporters can argue: At least he’s doing something to address the nation’s soaring health-care costs. But genuine health-care reform will not favor one large part of one politically powerful industry at the expense of, say, small businesses and self-employed entrepreneurs.

As for the part of the proposal that calls for Detroit to invest the savings in new fuel-saving technologies, it amounts to a new, albeit indirect, government subsidy that would favor a few domestic companies—namely Ford and General Motors. But there’s no guarantee that Ford and GM are the two best firms in which to invest a few hundred million dollars a year to advance fuel efficiency. Figuring out which companies are likely to create tomorrow’s most innovative vehicles is best left to market forces and shareholder investment.

Obama’s proposal is creative, certainly, but only in that it combines two of the federal government’s perennial bad solutions to domestic policy questions: a taxpayer bailout of an old industry and a taxpayer subsidy of a new one.

This article first appeared on city-journal.com