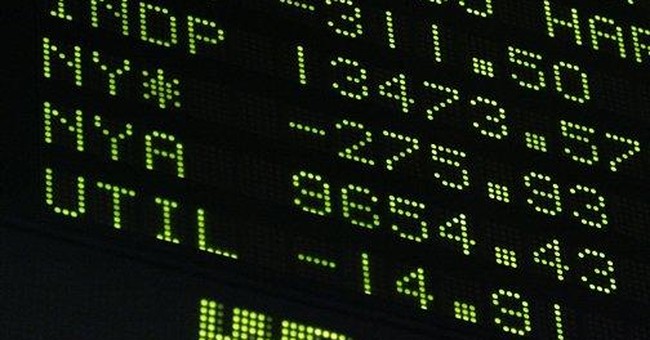 Economist Milton Friedman once wrote that some “businessmen believe that they are defending free enterprise when they declaim that business is not concerned merely with profit but also with promoting desirable social ends; that business has a social conscience and takes seriously its responsibility for providing employment, eliminating discrimination, avoiding pollution and whatever else may be the catchwords of the contemporary crop of reformers.” Friedman added, “In fact, they are . . . preaching pure and unadulterated socialism. Businessmen who talk this way are unwitting puppets of the intellectual forces that have been undermining the basis of a free society these past decades.”

Corporate executives are responsible for obeying laws and regulations. However, the Corporate Social Responsibility (CSR) movement is all about business leaders spending company resources (a.k.a. other people’s money) on social and environmental programs that are not mandated by law.

It does not take an economics guru to conclude that diverting corporate assets away from activities that improve earnings endangers the financial wellbeing of millions of Americans. About half of American households own stock. So, the pocket books of more than 91 million of our fellow citizens are tied to the fortunes of publicly traded corporations. Every dollar that is shanghaied from corporate coffers represents a hidden levy on shareholders, undermining their financial prosperity.

Why would business titans embrace corporate socialism? Some have chosen appeasement in response to activist group pressure. Others have been duped by public relations snake oil peddlers who claim that jumping on the CSR bandwagon will protect a company from public attacks if something goes wrong.

Look at what happened to British Petroleum (BP) after one of its refineries blew up and its Alaska pipeline started leaking. The poster child for corporate do-gooders was publicly skewered for mismanagement. All those millions that BP spent posing for holy pictures with the likes of Greenpeace paid zero dividends in the court of public opinion as investors watched share values plummet.

A quick Google search suggests that thousands of companies are joining the march toward corporate socialism. One critic claims that Nike spends about ten-million dollars a year just staffing its CSR program. After all, it costs cash to spend other people’s money. Reports must be written. Meetings attended. News releases issued. Croissants consumed.

While no one knows how many shareholder dollars are being spent each year on CSR, I suspect the bottom line would impress even the Congressional Budget Office. Think of CSR as the redistribution of prosperity away from those who have invested their savings in the stock market and toward those people or things that the unelected non-government organizations of the world consider worthy.

CSR has become a rallying cry for Members of Congress who have advanced their careers by attacking capitalism and successful corporations. For those on Capitol Hill who think it is about time corporations got a dose of social responsibility, think again. The CSR movement is not only about redistributing the wealth, but also about redistributing political power—away from legislators and regulators and toward non-government organizations that are unaccountable to the public and rarely accountable to government. You may think it is cute that corporate executives are frolicking with activist groups, but I suspect you will think differently when those same groups determine that you are irrelevant.