Obama on Education: Change or Politics as Usual? 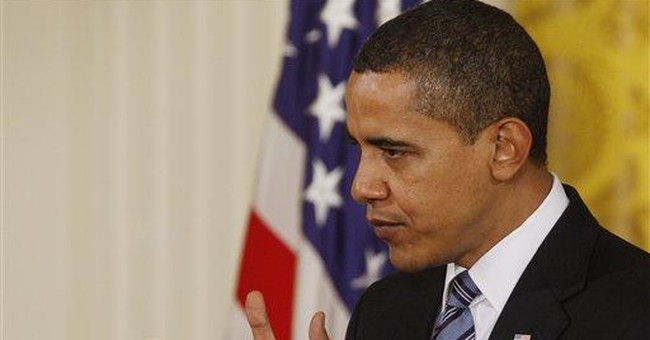 President Obama is famously tough to pin down on a lot of issues. So how much of what he said in his widely praised education address a few days ago can we believe heralds true change, and how much was really just savvy politics?

Obama opened his speech with a surefire political winner, promoting pre-kindergarten education. Among the specific proposals he listed was instituting Early Learning Challenge Grants, which would provide educational and other supports starting in infancy. The inclusion of these specifics suggests that, at least on pre-k, his talk is likely to be followed by concrete policy action.

Which is not to suggest that he didn’t practice some dubious political salesmanship. Most notably, Obama asserted that taxpayers would save ten dollars in welfare, prison, and other costs for every buck invested in early education. What he didn’t say is that this rosy scenario is based on a few tiny, expensive, hyper-intensive programs that would likely prove impossible to replicate on a large scale.

Next, Obama discussed elementary and secondary academic standards, a much more perilous realm than funding pre-kindergarten education. He again took the most politically promising stance, and this time that required avoiding any concrete proposals – not exactly a promising sign that real change is to come. Obama offered always-lauded tough talk about challenging “our states to set world-class standards,” but dodged completely the politically hazardous question of how, exactly, that would be done. He left that until later, saying that the public will have to wait for specifics until he gets to work revamping the No Child Left Behind Act.

It was on his next topic, however, that Obama has been most politically adroit. Since he addressed the National Education Association two years ago and dared mention teacher merit pay – NEA members booed him for it the following year – he has been getting the best of both worlds. The media and even some conservative commentators have declared him brave and un-beholden to his party’s most powerful constituency, while they’ve largely ignored the wink and nod that has typically accompanied his purported heresy.

Political perfection: Obama gets feted as courageous and bold while assuring the old guard that nothing gets done without it. His most recent address did little to change that. He talked about rejecting “a system that rewards failure and protects a person from its consequences,” but said nothing about how failure is actually defined or what consequences it should carry. Nothing concrete was said allowing everyone to feel safe and happy.

Charter schooling is another area in which Obama threw overboard any substantive proposals, enabling him to skillfully navigate tricky political waters and achieve maximum political gain. Calling for both the removal of caps on charter schools and greater charter “accountability,” the President ensured that everyone would be happy. Charter supporters could celebrate cap-lifting and call Obama a friend, while opponents could expect to gain greater control over the schools they find so vexing.

Finally, there’s college for all. Like pre-kindergarten education, this is a political slam-dunk. In February, the polling outfit Public Agenda found that 89 percent of Americans agree that “we should not allow the price…to keep students who are qualified and motivated” from attending college. Not surprisingly, in this safe zone the president once again furnished specific proposals, most notably to make Pell Grants an entitlement and index their growth above inflation.

But this isn’t real change – Washington has been increasing student aid for decades. Indeed, college has become less affordable in part because enabling students to pay more has allowed colleges to charge more. One of the best things to do to make college more affordable, then, would be to cut student aid. But that kind of real change is politically hard.

So on education, is President Obama an intrepid reformer, as his words might suggest and many believe, or just a savvy politician? It’s too early to know for sure, but so far nothing that he’s said – or left unsaid – suggests he’s anything but the latter.