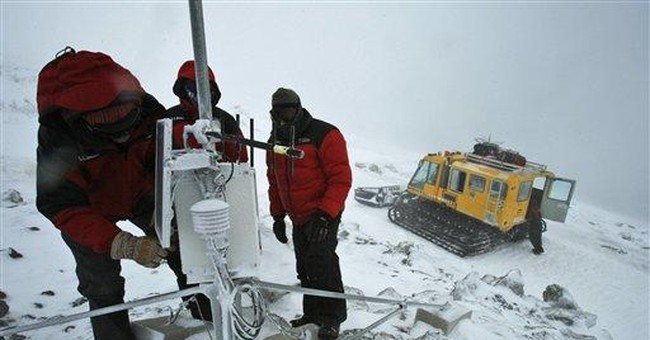 With 'Cap and Trade' and other energy legislation unlikely of passing in both houses of the U.S. Congress, the Obama Administration and its supporters are seeking the means to once again bypass the legislative branch. In other words, failing to sign an energy bill, President Barack Obama will give us Cap and Trade by fiat.

In order to have an impact on U.S. energy consumption, carbon emissions and climate change, the Environmental Protection Agency is expected to spearhead policies that would never pass muster with a majority of lawmakers on Capitol Hill.

In a landmark decision in 2007, the U.S. Supreme Court ruled that the EPA possessed the legal authority to regulate so-called greenhouse gases.

As a result of the court bestowing such power on that agency -- and the likelihood that Cap and Trade and similar legislation will not reach President Obama's desk for signing -- EPA officials have declared carbon dioxide and other gases to be a threat to the environment and to the health of Americans. They are currently formulating regulations to restrict emissions from automobiles and trucks, power plants and other sources.

As with the negative aspects of proposed energy legislation, such regulatory action will impose additional costs for doing business in America -- even the world -- especially in these uncertain economic times.

For example, U.S. Senator Lisa Murkowski (R-AK) on Thursday took the floor of the Senate and told her colleagues on both sides of the aisle that she is ready and willing to fight an EPA she believes is "contemplating regulations that will destroy jobs while millions of Americans are doing everything they can just to find one."

“Make no mistake,” Ms. Murkowski said in her floor statement, “If Congress allows this to happen there will be severe consequences.” She said businesses would be forced to close or move overseas, domestic energy production would be curtailed, housing would become more expensive and agricultural costs would rise.

"Businesses will be forced to cut jobs, if not move outside our borders or close their doors for good perhaps. Domestic energy production will be severely restricted, increasing our dependence on foreign suppliers and threatening our national security. Housing will become less affordable," said the angry senator from Alaska.

Murkowski proposed that the Senate pass a resolution forcing the EPA to back down and stop it from being used by the Obama White House to force congress to pass energy and climate-change legislation.

Ms. Murkowski, the senior Republican on the Senate Committee on Energy and Natural Resources, has nearly unanimous Republican support in addition to the backing of the three Democrats: Senators Blanche Lincoln of Arkansas, Mary Landrieu of Louisiana and Ben Nelson of Nebraska, who is fighting to regain his popularity after caving-in to voting for the Democrats' health care bill. However, her resolution requires a majority vote in the Senate, something very unlikely since the opposition of the Democratic leader, Senator Harry Reid of Nevada, and most of the other Senate Democrats is fierce.

It faces an even tougher road to passing in the House, and would most probably be vetoed by Obama, a man who places the environment high on his agenda.

All the same, Senator Murkowski's resolution and statements are receiving the applause of industry leaders, and members of agriculture and energy lobbies, who fear the prospect of what they consider capricious and heavy-handed regulation by EPA. Perhaps her resolution would see the light of day in November, when voters will have the opportunity to replace lawmakers obsessed with a radical environmental agenda with lawmakers who have Americans’ best interests at heart.