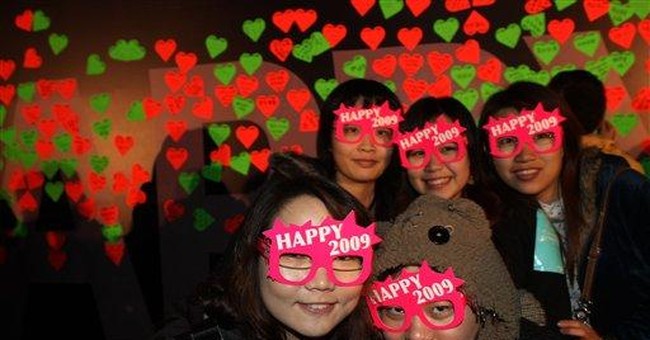 I imagine quite a few people are approaching 2009 with a great deal of trepidation. After all, some media titans are predicting another Great Depression; wars continue to rage, with the possibility of new conflicts on the horizon; and taxpayers naturally wonder whether we’re passing an economic time bomb onto our children as a result of troubling bailouts and the specter of more deficit spending.

It’s safe to say that 2009 will see its share of triumphs and tragedies, hoopla and heartbreak. And, while there are many troubling issues at the federal level, we have a real chance this coming year of achieving significant breakthroughs at the most basic level—the level of the family.

You can, indeed, make 2009 divine by taking a few simple steps:

First, make a resolution to get involved in your local church and assist them in building their witnessing ministry. Your neighborhood house of worship could really use your time and your talent—important work may be left undone if you aren’t willing to pitch in. The amazing part of church work is that it is incredibly rewarding—you will be repaid far more than you give.

Also, make it a point this year to really commit yourself to your spouse and children. After God, they should be first in your life. On your deathbed, it’s the moments with them you’ll want to remember—not the time you spent at the office.

In these economically challenging times, it’s more important than ever that you make a pledge not to buy anything unless you pay with cash. Studies have shown that people really do spend more when they use plastic—that’s why department stores are perennially offering discounts for those who open charge accounts. Make a promise to yourself to be debt-free this year—or, at least, to pay down the debts you’ve already accumulated.

2009 is also a great time to enhance your personal character. Make a commitment to do the right thing—even if it seems like the harder thing at the time. Such a pledge can involve everything from disciplining your kids in an appropriate manner to carrying a baby to term when you’re tempted to abort. Such decisions may cost you some time in the short-run, but they’ll save you time and heartache over the long haul.

Keep the holiday spirit alive and well all year long by being kind to others—in all circumstances. The act of kindness you perform today could yield immense benefits years from now. For instance, there’s the story of a couple who agreed to give another couple $1,000 for a missionary trip to the Orient. Years later, the missionaries’ daughter, who had become a lawyer, found out that the woman whose insurance problem she had resolved was the same woman who had helped her parents get to the Far East.

If you do nothing else, make 2009 the year that you do what you say you are going to do. The old saying that “people may doubt what you say but they will always believe what you do” is sage advice. Imagine how much more civil, productive, and enjoyable this world would be if we all followed this simple principle.

And finally, if you want to make 2009 truly great, be thankful—for your family, your friends, your home, the fact that you have heat and running water, that you live in a republic where the people really do have a voice. The more thankful you are, the happier you will be—and the greater blessing you will be to other people.