Christmas Isn’t Anything Without Christ 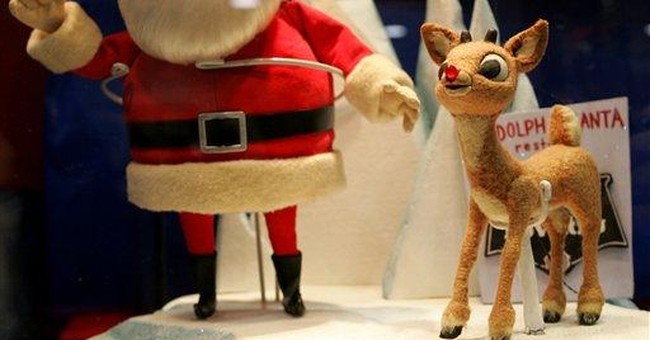 To hear the nightly newscasters tell it, the only patriotic thing to do this Christmas is to have a field day at your local mall. With the economy in the tank, Americans are being urged to resume their shopaholic ways in the interests of the free market. While Internet news services report that mall traffic is heavy, the cash registers are simply not ringing like they used to. Even with prices drastically reduced anywhere from 50 to 70 percent, the public simply isn’t buying—at least, not in the way retailers had hoped.

There is no doubt about it—we are in perilous economic times this Christmas 2008. And the outlook for 2009 is fairly bleak, given the fact that President-Elect Barack Obama and his Democratic boosters in Congress appear to be in a typically liberal tax-and-spend mood. But the fact is, our focus this Christmas should not be on profit shares and product sales. Our eyes should be firmly focused on the One that we honor, the One who was able to rise from the humblest of beginnings to set the world ablaze.

In our modern pagan culture, Christ is de-emphasized everywhere. He’s banned from schools and public gatherings, from City Hall steps to Statehouse corridors. Yet, despite the diligent work of the ACLU and other organizations which trumpet the so-called separation of church and state, there can be no denying the reality of Christ and his impact on our world.

The birth of Christ was the singularly most dramatic event in not only divine history, but human history as well. The momentous occasion literally determined how we would track time. Our calendars are marked “2008” because it’s been 2008 years since the birth of Christ. Despite some grumbling from atheists and agnostics, B.C. still stands for “Before Christ” and A.D. is an abbreviation for the Latin, “Anno Domini,” meaning, “in the year of our Lord.”

People working in the name of Christ staff homeless shelters, hospitals, maternity homes, pregnancy resource centers, soup kitchens, and food pantries. Work on behalf of the poor, the hungry, the sick, and the dying would grind to a halt, were it not for faith-based organizations that are predominantly Christian in mindset and advocacy. Christian churches tend to the wounds of society, including abuse, addiction, and grief. How many Christian churches throughout the U.S. host support groups to care for those who have been left alone as a result of death or divorce?

The birth of Christ changed the course of civilization, transforming the manner in which men and women relate to their God and to each other. It doesn’t matter how many times cashiers, advertisers, or newscasters try to disguise the impact of Christmas by shouting, “Happy holidays!” The legacy of Christmas—the love, the caring, the sharing, the cultural rebirth—lives on.

Whether you like it or not, Jesus is in our lives every single day—even in our pluralistic, ACLU-dominated society. He is the power behind much of our charity work, most of our religious-oriented schools, and the object of much of our worship and hymns of praise. Despite the brainwashing engaged in by the liberal left, public opinion polls consistently show that Christianity remains the religion of choice for the largest segment of America’s population. Jesus remains alive and well in our hearts and our homes—and no Supreme Court ruling can take that away.