Capitalizing on an American Tragedy 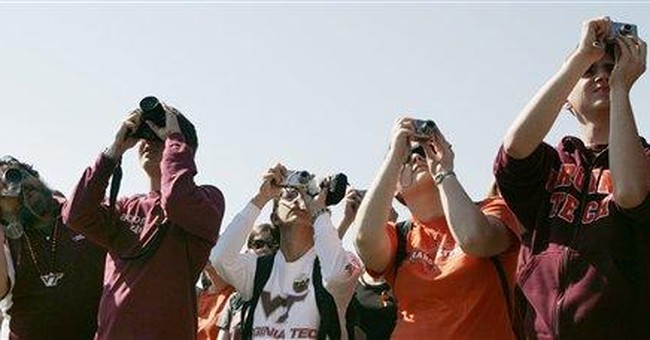 Let me say at the outset that I'm a firm believer in the capitalist system. There is nothing indecent about earning a profit if the work you're doing is honest and you're not engaging in any immoral means in order to accomplish it.

But I find it strange that when the tragedy at Virginia Tech exploded onto our television screens, some people started seeing dollar signs.

Attempting to capitalize on a particularly horrific American tragedy, some individuals rushed to buy Internet domain names bearing the marks of the massacre. Take, for instance, Fred McChesney, a gun control supporter who, according to the Associated Press, bought up dozens of domain names with frightening connotations such as CampusKillings.com, VirginiaTechMurders.com, and SlaughterInVirginia.com.

His goal, according to the AP, was to sell the domain names to the highest bidder. McChesney was quoted as saying, "Everyone is profiting off of this. I'm not hurting anyone."

There was a time when it was unseemly to profit from a tragedy—let alone admit to it. Movie producers who attempted to turn tragedy into big box office were condemned; legislation was passed to ensure that violent criminals did not cash in on their infamy with lucrative book and film deals. News organizations accused of a mentality of "If it bleeds, it leads" tried, whenever possible, to show sensitivity to crime victims and their families.

But, in the year 2007, it appears that a different mentality is at work—"disaster commerce." When disaster strikes, people whose god is their checking account set out to make as much money as they can from some of the most devastating events of our time.

Christine Jones, general counsel for the domain registration service known as GoDaddy.com, told the AP, "Any time there's a big news event, people go register the domain names." It happened after 9/11, Hurricane Katrina, and the Southeast Asian tsunami. So I suppose it's not surprising that it would happen again after a mass killing at a college campus.

But if you think disaster commerce doesn't negatively impact victims' families, think again. When the names of the victims of the tragedy at Virginia Tech were released, individuals not connected with the families began registering domains in the victims' names. As a result, if a father or mother wanted to establish a memorial in cyberspace for a son or daughter killed in the assault, he or she would first have to purchase the name from someone else—likely at an incredibly inflated price.

Fortunately, some companies are standing up to those who attempt to engage in disaster commerce. For instance, some name brokers have closed down domains named in connection with the Virginia Tech tragedy, such as BlacksburgBloodbath.com and SchoolSlaughter.com. These name brokers recognize the fact that there is an ethical line which simply should not be crossed in pursuit of profit—that money made from someone else's misery is ill-gotten gain.

Let's just hope that disaster commerce is one of those Internet fads that will fade over time.