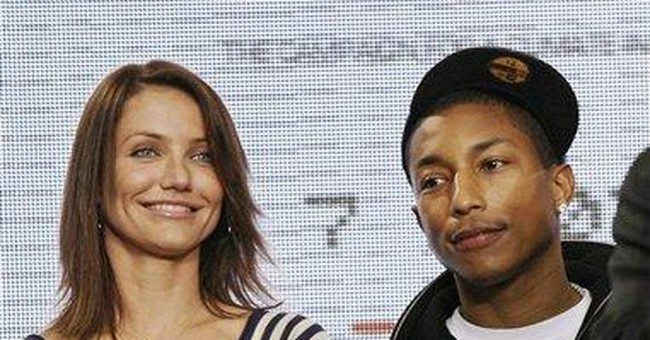 This week—perhaps emboldened by the groundhog predicting an early spring—Old Man Winter came roaring back, blanketing much of the nation with a sheet of ice. In fact, a number of residents of the Midwest and Northeast felt as if they were living in a new Ice Age, thanks to a thick coat of ice that brought vehicular traffic to a standstill.

As they shivered amid wind-chill levels well below zero, it must have come as a comfort that Al “Global Warming” Gore is once again at work, trying to free the world from the tyranny of temperatures above the freezing mark.

Gore announced plans this week for a series of musical concerts designed to, in Gore’s words, “solve the climate crisis.” His accomplices in this mission of misguided mercy include musical artists ranging from the rapper Snoop Dogg to American Idol star Kelly Clarkson.

Venues for the “Live Earth” concerts include Shanghai, Sydney, Johannesburg, London, and yet-to-be-determined cities in Japan, Brazil, and the U.S. The campaign behind this effort is ironically titled, “Save Our Selves.”

Gore was quoted as saying, “We are launching SOS and Live Earth to begin a process of communication that will mobilize people all over the world to take action. The climate crisis will only be stopped by an unprecedented and sustained global movement. We hope to jump-start that movement right here, right now, and take it to a new level on July 7, 2007.”

It’s heart-warming to see musical artists come together for a good cause—after all, what would Labor Day be without the Jerry Lewis Telethon? But fighting muscular dystrophy is one thing—fighting Mother Nature is quite another.

By trying to cast Mother Nature as an extremist, environmentalists such as Gore are trying to hide their own extremism. Their solution to the earth’s problems is to regulate businesses out of existence. They’d sacrifice American jobs to save a single tree, and they often put animals on a pedestal above human beings. It’s a world view that’s positively frightening but, unfortunately, there are no rock concert promoters around who are willing to stage a musical extravaganza to combat environmental extremism.

Since when does a failed Presidential candidate have such pull with the music industry? I don’t hear of Ross Perot getting the Black Eyed Peas to sing for his pet projects.

When the worlds of music and politics embrace, it is often a scary proposition for us all. Look at how many folk groups credited themselves with ending the Vietnam War. Forget military strategy and political acumen, to their way of thinking, it’s four-part harmonies that determine victory or defeat on the battlefield.

I can only hope that, when the SOS concerts roll around, this week’s deep freeze will be fresh in the memories of Americans who might otherwise be hoodwinked by the global warming crowd.