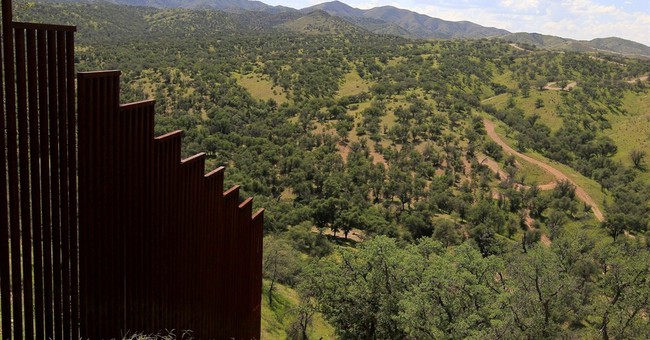 Trending
"The heartlessness and nativist pandering that have broken America's immigration system must give way to providing proper food, clothing, shelter and medical care to the Central American children streaming into the country," so pronounced the editors of the New York Daily News. Washington Post columnist E.J. Dionne Jr. echoed the theme in his "Bordering on Heartless" column, noting that Glenn Beck has "come under fierce attack" for his proposal to bring food, water, teddy bears and soccer balls to the children stuck at the border. "It's one more sign," Dionne writes, "of how the crisis at the border has brought out the very worst in our political system and a degree of plain nastiness that we should not be proud of as a nation."

Charges of Republican or conservative heartlessness about the children flooding the border have been common. Some journalists seemingly cannot type the word Republican without the modifier "heartless." But where is the evidence of this supposed callousness, and why is it any greater among Republicans than Democrats?

The flag-waving protesters who confronted buses of children in Murrieta, California, were unseemly. Whatever the merits of arguments over illegal immigration, children are clearly helpless pawns in the drama and should not be subjected to protests about actions over which they have no control.

But other than the protesters in Murrieta -- and no one has polled them to discover their political views, though it's likely that they're conservatives -- by what standard are Republicans held to be heartless while Democrats are not?

Is it by arguing the new migrants who entered the country illegally be denied legal status? Jeh Johnson, the Obama administration's secretary of Homeland Security, said just that. "Those who cross borders today illegally, including children, are not eligible for an earned path to citizenship."

One can make a case that those Democrats who virtually invited a flood of underage migrants to our shores are more culpable for the humanitarian emergency than those who simply reacted once it was underway. The president's unilateral granting of legal status to the children of immigrants living in the U.S. without legal permission together with the 2008 law providing special treatment for children thought to be victims of trafficking sent a signal that was received and then amplified throughout Central America. The Department of Homeland Security seemed to know in advance that the deluge was coming: In January of 2014, it advertised for contractors to help with the "resettlement" of up to 65,000 underage migrants. Texas Gov. Rick Perry says he warned the administration about the influx but got the impression that "they weren't that interested."

Or perhaps the president anticipated the flood but miscalculated its political effects, just as he misjudged the way the Sgt. Bowe Bergdahl swap would be received. He may have thought that thousands of children crossing our borders would pressure Congress to pass the kind of immigration reform he favors. When it turned out differently, he resorted to partisan sniping. No crisis will "go to waste" -- including those he creates himself.

This president engages in schoolyard taunts, calling Republican budget proposals, for example, a "meanwich" and a "stinkburger." It's hard to be a leader of all the people when you never rise above partisan hackery.

Dionne, like the president, thinks Republicans are cruel, but as he acknowledged, unless you are prepared to permit unlimited immigration, you must make "agonizing choices about whom to let in and whom to turn away." Yes, the circumstances from which these unaccompanied children fled are terrible. But so are the home situations for many of the 4.5 million people worldwide currently waiting, legally, for visas to enter the United States. And while Central America is poor, corrupt and crime-ridden, it cannot be the case that those conditions alone guarantee entry into the U.S. Most countries on Earth meet those criteria.

Second to the human suffering, the most dismaying aspect of this border situation is that -- unlike, say, the mortgage finance issue -- it's a relatively straightforward problem. Congress could repeal the Wilberforce act and provide funding for housing, feeding and deporting the children who've crossed the border in the past several months. Private organizations could contribute time and money toward making the children comfortable and arranging for their safe return. The president could state unequivocally (with special messages targeted at Central America) that migrants who cross our borders illegally will be treated humanely but deported.

This won't happen, not because Republicans are meanies but because the president's unremitting partisanship and small-mindedness have left him unable to do even the easy things.