How to Fight Inequality and Enhance Happiness 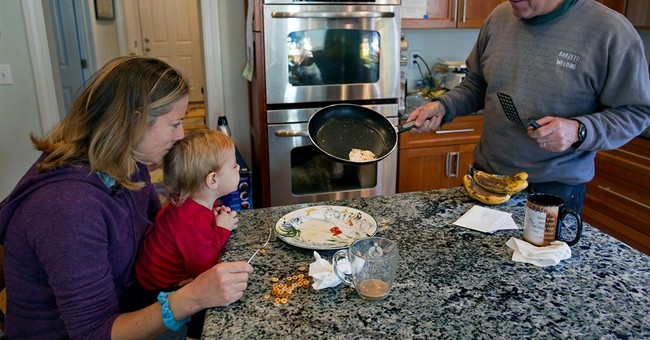 President Barack Obama spoke about income inequality in a recent address but failed to mention one of the most significant contributors to rising inequality in America: the marriage gap. Jobs are changing, international competition has driven down wages, top executives are pulling down enormous salaries, but it is cultural patterns -- specifically personal decisions about cohabitation and marriage -- that are most responsible for deepening the divide between haves and have-nots in America. The contrast between the highly educated and the rest of the nation has become so pronounced that some are now calling marriage a "luxury good." If it becomes that -- if the collapse of marriage as a norm continues among the poor and the broad middle class -- much more than income inequality will result. We will institutionalize a productivity deficit, a healthy community deficit, a schooling deficit and a happiness deficit.

Marriage is decaying very fast. As recently as the 1980s, only 13 percent of the children of moderately educated mothers (those with a high school diploma and perhaps some college) were born outside of marriage, according to research from the National Marriage Project. Today, it is 44 percent. Even more disturbing are the recent data showing that 53 percent of babies born to women under age 30 are nonmarital. Children of moderately educated parents are beginning to experience family dissolution, instability and pathology at rates more closely resembling the poor than the upper-middle class.

If you graduate from college, you are likely to choose a family life similar, if not quite identical, to the 1950s ideal. If you are a high school dropout, you are unlikely to marry at all. If you have a high school diploma or some college, your family life in many cases is going to be chaotic, featuring cohabitation, short marriages and high rates of instability. W. Bradford Wilcox of the National Marriage Project reports that "cohabiting couples have a much higher breakup rate than do married couples, a lower level of household income, and a higher level of child abuse and domestic violence." Unlike trust funds, marriage is available to everyone and confers the same benefits on the rich and poor. There is no substitute for two married parents who care for each other in sickness, spell each other in child and elder care, watch the kids while a spouse takes night classes and contribute to thriving communities. In-laws give loans, jobs and other support they are unlikely to extend to live-in "significant others. In "Coming Apart," Charles Murray pleaded with the educated upper-middle and upper classes to "preach what you practice." But, so far at least, very few are willing to. Carolyn Hax, for example, a usually sensible advice columnist, responded to a young lady wondering whether to move in with her boyfriend by sneering, "Your mother sounds like a stealth subscriber to the why-buy-the-cow mentality, which is nothing but a bad deal for women . . . Yuck."

Actually, cohabitation is a very bad deal for all concerned -- especially women and children. The children of cohabiting couples do worse than those living with a single mother if the boyfriend is not the biological father of the children. The breakup rate among unmarried cohabiting couples is much higher than among married couples, with all that entails for disruption, poverty and pathology.

Fear of divorce is part of the reason many young couples move in together. (The divorce rate is actually lower than people imagine -- only about 30 percent of first marriages end in divorce.)

In a 2001 survey, two-thirds of respondents approved of living together before marriage. Even then, data suggested that couples who cohabited before marriage were more likely to divorce than those who went straight to the altar, but it wasn't clear if this was a result of selection bias (i.e., those more committed to marriage as an institution would be less likely to live together first). Newer research is showing that both men and women have lower standards for a live-in than for a spouse. The data also show, as Wilcox notes, that "children living with their own biological cohabiting parents tend to do almost as poorly as children living in a cohabiting stepfamily, as well as children living in a single-parent family. And the association between both types of cohabitation and negative child outcomes persists even after controlling for a range of socioeconomic factors."

Men cohabit with less expectation of permanence than women do. Many couples not destined for marriage waste good years in impermanent arrangements, often becoming parents. And, by the way, women do far more housework than men in cohabiting relationships.

Without the basics of security and permanence in their personal lives, people find it much more difficult to rise out of poverty or maintain middle class lifestyles. They are also far less happy. If you care about the poor and the middle class, you ought to worry about marriage.