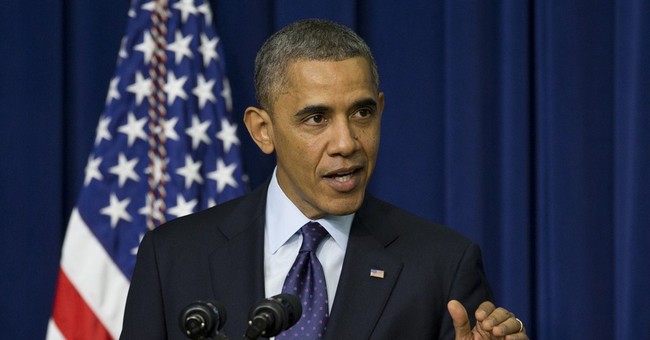 We conservatives are always on about the "unintended consequences" of government programs, but we didn't expect the Obama administration and congressional Democrats to provide such a vivid object lesson. If the tipsy, teetering debut of Obamacare invites a new skepticism about the capacity of government to run things, it will be the most welcome unintended consequence since Alexander Fleming left his staphylococci samples on a workbench over summer vacation.

Government programs, after all, fail frequently but are almost never held to account, far less held up to ridicule.

Consider education. In an era everyone keeps telling us is hi-tech-centered, only about 75 percent of American students graduate from high school. In major cities, the figure is closer to 50 percent. Detroit, Education Week reports, graduates only 46 percent of students; Denver, 50 percent; Los Angeles, 52 percent; and New York City, 54 percent. As for what those diplomas signify, it varies a lot. A 2009 survey by Common Core found that fewer than half of American high schoolers could place the Civil War in the correct half-century, 25 percent thought Christopher Columbus sailed the ocean blue after 1750 and 33 percent couldn't identify the Bill of Rights.

American students lag behind their peers from other developed nations in math, technology and literacy. You'd think that parents, especially those in poor neighborhoods, would be in the streets protesting. You'd think the failure of government to provide such a basic good to its citizens -- particularly after demanding and getting increasing subventions year after year -- would be met with at least consternation, if not outright rebellion. But no, these failing schools chug along, failing to educate and in some cases, failing even to provide for the physical safety of their students. It is reformers who are branded as dangerous rather than the government that permits this dereliction.

Is education too complicated and multifactorial? If you think so, have a glance at "No Excuses: Closing the Racial Gap in Learning," by Stephan and Abigail Thernstrom. But meanwhile, let's look at Medicaid because Obamacare is expanding this failed program.

Deamonte Driver was a seventh-grader in Prince George's County, Md., who died because he couldn't get a dentist appointment. Avik Roy tells his story in "How Medicaid Fails the Poor." When Deamonte complained of a toothache in September 2006, his mother began calling around, seeking a dentist who would take a patient with Medicaid coverage. Several months and dozens of phone calls later, she finally found one who explained to her that Deamonte had six abscessed teeth and required the services of an oral surgeon, which once again, prompted another frustrating round of phone calls and several months of delay. A week before his surgery was finally scheduled, Deamonte complained of a severe headache. He was rushed to the hospital where doctors found his dental infection had spread to his brain. Brain surgery revived him for a while but after a few weeks, he died.

Long waits and poor care are not exceptions in the Medicaid program but regular features. A recent Pediatrics study found that Medicaid/State Children's Health Insurance Program patients were unable to get urgent dental appointments 64 percent of the time, compared with 5 percent for those with private insurance. It was similar for patients with severe asthma and juvenile diabetes. Roy highlights studies that show patients with Medicaid coverage not only have worse health outcomes than those with private health insurance, but also that they fare worse even than those with no health insurance at all.

Medicaid reimburses physicians at roughly half the rate of private insurance. Some liberals want for doctors to be coerced into providing care, which is the logical extension of the Obamacare cram-down model. In fact, the program will add about 17 million new enrollees to Medicaid. This will increase wait times even further and put more strain on an already-failing system. Medicaid patients clog emergency rooms because they cannot get primary care doctors to see them, Roy argues.

A system of catastrophic coverage combined with "concierge" service (paying physicians $80 per month to see each Medicaid patient) would cost $3,460 per person, or 42 percent less than what Obamacare proposes to spend.

Or on anything else. It's even worse to waste large sums of money on programs that make everyone, on balance, worse off than competing arrangements would. Let's hope that the troubles of Obamacare open people's eyes to alternatives. We've tamely accepted government failure to our sorrow.